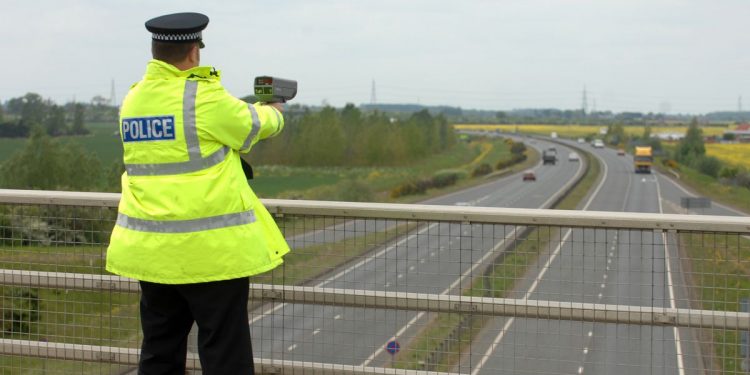 
Drivers are being warned they face a fine of up to £1,000 if they use social media to warn other motorists about the location of speed cameras.

Just like Brits can be prosecuted for flashing their lights to warn drivers about cameras, so too can posting alerts on Facebook or Twitter be seen as a criminal offence.

However, those making such posts have been warned to take the information down.

North Wales Police (NWP) said drivers who alert others to a police speed trap could be in breach of section 89 of the Police Act 1997, designed to penalise anyone who “wilfully obstructs” a constable in the execution of his or her duty.

Breaking this act could even land you a month in prison, reports NorthWalesLive.

A spokesperson for the NWP road policing unit said: “Publicising the locations of speed traps hampers the good work that staff and officers do to reduce speeding motorists, which is one of the “Fatal Five” offences.

“Motorists could be prosecuted if they are caught warning other drivers on the road for any speed trap.”

Police may choose to take a considered view of the offence as the rough locations of speed cameras are often publicised in advance, but this is never guaranteed.

And, if you choose to share the location of cameras on local traffic Facebook groups or on Twitter then you risk the huge fine every single time.

So don’t risk it.

For more lifestyle stories, sign up to the free Hot Topics newsletter here.