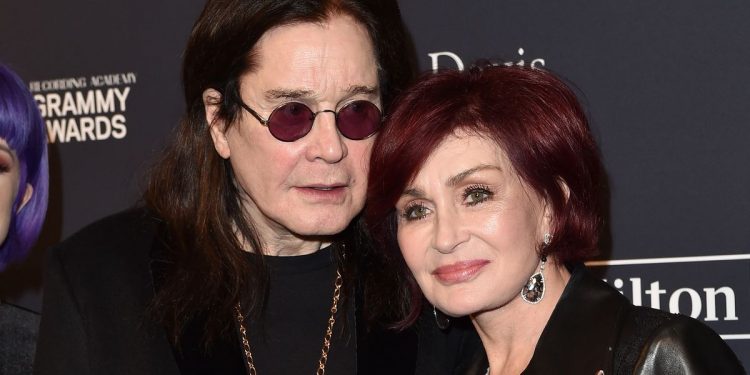 Sharon Osbourne is set to release the fourth instalment of her memoir last this year – and husband Ozzy is in the firing line.

The 69-year-old former X Factor judge has penned a new autobiography which will expose the Black Sabbath star’s affairs and drug benders.

Although Sharon stood by Ozzy after his mistakes, she has outed her husband in the tell-all book as she discusses his infidelity and wild nights.

The promotional material for Sharon’s new book promises to discuss ‘some of the most hardest years that Sharon has experienced’.

It states: “The anguish of a broken marriage and Ozzy’s infidelities, the constant spectre of drug abuse, the loss of friends and betrayal of colleagues, and her ongoing battles with mental health crises.”

Sharon’s new book is set for release in November
(

Sharon’s new book is set for release in November.

It comes as Sharon and Ozzy are quitting Los Angeles and returning to the UK after 20 years stateside due to rising taxes in California.

The Black Sabbath legend and his wife are to head back to their home Welders House, in Buckinghamshire, with him having spoken about their plans recently.

The singer-songwriter explained: “We are leaving LA. We are a bit sad. But the tax is getting too much. I am sad because I really really like staying and living there.”

Getty Images for The Recording A)

The Grammy Award winner further commented: “If they do the taxes better then I may come back. I do not know.”

“I am taking my recording studio with me. I am going to build a barn there and make my own studio at Welders. I will still be making music and my band will come over,” he added.

Ozzy has also spoken about how he is battling mental health problems as he struggled to cope with Parkinson’s, the pandemic and recovery from operations.

The father-of-eight revealed that he ended up seeking therapy, with him sharing his views on such treatment.

He explained: “Over the past three years I have got a therapist. When I was a kid in England, you would not go to a therapist because they’d think you were f*****g crazy.

After moving to Los Angeles, the singer and his family starred on MTV reality show the Osbournes, which debuted in 2002.

Millie Mackintosh praised by fans for her honesty as she stops breastfeeding
Tags: affairsbendersBookdrugexposehusbandOsbourneOzzyssetSharontellall
Previous Post