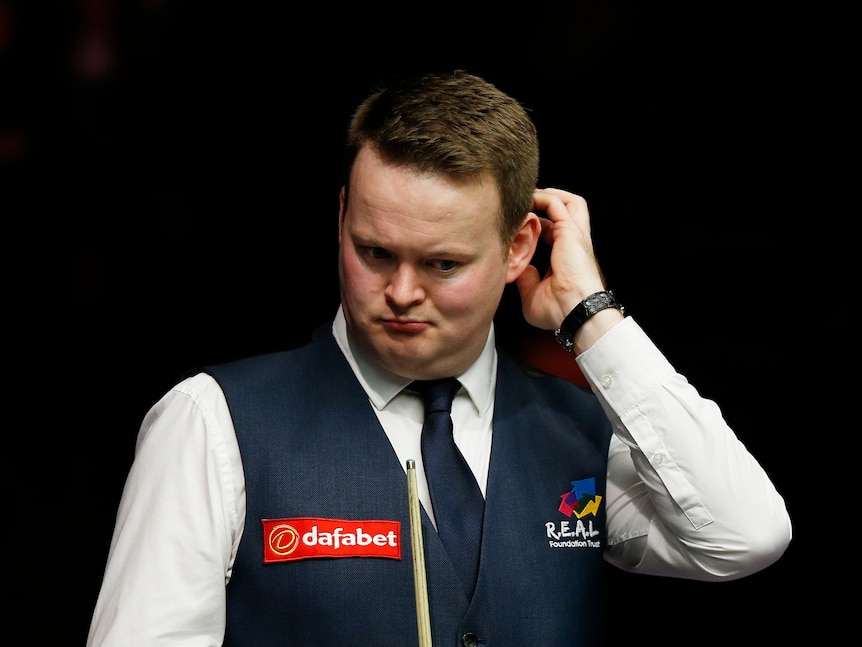 Professional snooker player Shaun Murphy says it is “not fair” that amateurs are allowed to compete in professional tournaments, after crashing out of the UK Championship to a 19-year-old.

Murphy, who won the UK Championship in 2008, was defeated by Chinese amateur Si Jiahui 6-5 in the opening round match in the English city of York.

The UK Championship is one of snooker’s three major tournaments, with Murphy bemoaning his loss to BBC Radio 5 Live after his early exit.

“I am going to sound like a grumpy old man but that young man shouldn’t be in the tournament,” he said.

Si was a professional for the last two snooker seasons but dropped off the main tour at the end of the 2020–2021 season, which ended in May.

He was added as a wild card to this year’s UK Championship and was widely expected to be defeated by Murphy, a former world champion.

However, his shock win moved him through to the final-64, while Murphy said he felt “hard done by” because the victory was not as important to his opponent.

“The other 127 runners and riders in the tournament, it is their livelihood, too.

“It is wrong, in my opinion, to walk into somebody who is not playing with the same pressures and concerns I am.

Si led the best of 11-frames contest 5-1 before Murphy pegged him back to level the match.

Murphy had his opportunity to win the deciding frame, but a missed shot on the blue ball late allowed Si back at the table to win the match.

It is the biggest win of Si’s short career, with his best result in a professional tournament coming in the 2019 English Open when he made the final 16.

“I am not picking on him as a young man. He deserved his victory,” Murphy said.

“Since turning professional at 15, I have earned the right to call myself a professional snooker player. He hasn’t done that. He shouldn’t be on the table.”

Australian Neil Robertson, who is the defending champion, will play 32-year-old Englishman John Astley in his first-round match on Thursday.

Harvard study finds over-40s who use Snapchat, Instagram and TikTok more likely to feel down

Chamber of Commerce plots next move against FTC’s Khan

Russia has accused the Ukrainian...

Hate speech is having a...

Chamber of Commerce plots next move against FTC’s Khan