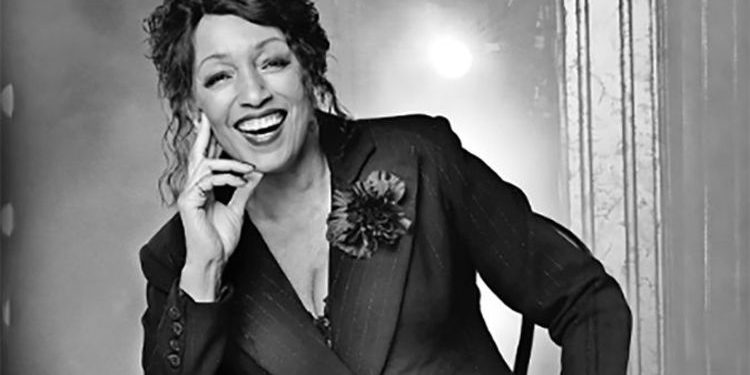 And the mystery man – who Sheila has known as a friend for more than 50 years – is planning to fly in from America for a front row seat as she takes on the iconic role of Mama Morton in the hit musical Chicago.

“I want to fall in love again, you’re never too old for romance – I’ve never given up,” she says emphatically. “I’m romantic by nature – it runs through my veins like music does. I think that comes out in what I sing.

“There happens to be this chap, who was actually my tennis pro back in the late 1960s. He was the first guy who put a tennis racket in my hand. Since then, we’ve always contacted each other, either by phone or letters, on our birthdays.

“I want to share my life with somebody, particularly now, because I’ve been alone for so long. I miss the camaraderie of having somebody to talk to and bounce ideas off.

“It would be a nice thing. I’m not saying it’s going to happen. I’m just saying that it’s something I’m working on as a long-term project, but first things first. The first thing is to get Mama Morton up on her feet.”

Set in Chicago in the jazz age, the musical sees American-born Sheila in the role of the no-nonsense matron of the county jail.

“It’s an odd thing, because everybody says the same: ‘You were born to play this part!'” Sheila smiles. “She’s strong, she’s sexy, she’s bold and she doesn’t take any nonsense; I’m finding that it’s coming very easily! And because it’s set in 1920s America, it’s very much like the way my mom used to talk, so the dialogue comes naturally.”

This is Sheila’s first time back on stage since the start of the pandemic, which she spent in Kent.

“I live alone and that was probably the worst two years I can recall ever,” she says.

“I remember sitting in my house alone on Christmas Day 2020 with a Domino’s pizza in front of the TV. I don’t ever want to go through that again.”

The Three Degrees, with Sheila as their lead singer, were the most successful female group of the 1970s, with a string of hits including When Will I See You Again, Woman in Love and Take Good Care of Yourself. Formed in Philadelphia in 1963, they enjoyed their biggest success when Sheila took over lead vocals in 1966.

Decades later, Sheila remains as glamorous, bubbly and attractive as she was at the height of their fame, when she caught the eye of none other than Prince Charles.

The group famously performed for the smitten Prince at his 30th birthday party in 1978.

“That ruined my love life for a long time!” Sheila, now 74, recalls, with her trademark deep throaty chuckle. “I’d go to a discotheque and walk over and say to a guy: ‘You wanna dance?’ and he’d say: ‘I can’t dance with you, you’re Prince Charles’ favourite singer.’

Sheila singing with The Three Degrees in 1972 (Image: getty)

‘I was on Day 2020 Domino’s don’t ever do that ‘ “I thought: ‘Oh my God, I’ll never get lucky again!'”At the time, Charles was the world’s most eligible bachelor, but Sheila never saw a future for them. “He was a fan, he liked our music and if he had a little crush, well so did millions of other guys!” she laughs.

“At the time I said: ‘Look y’all, there ain’t never gonna be a black Queen of England,’ and I wasn’t going to be a notch on his bedpost. I stood firm on that because I felt he was a playboy and that’s not the type of guy that I go after.”

“I didn’t think of him as the future King of England, I treated him as another guy,” Sheila recalls.

“One day he said to me at the Palace: ‘Would you like to meet my mother, the Queen?’ Well, I became a babbling idiot. She was lovely. She said: ‘Oh, so pleased to meet you,’ and I bowed and nodded and curtsied at the same time. Charles was just shaking his head as if to say, ‘That’s Sheila!’

“I’m just not used to that lifestyle and I’m not sure I could have withstood it quite frankly, because I am so in your face. But we still keep in touch.

“Not on an everyday basis, but I’m aware of what he’s going through and he’s aware of what I’m doing, because we have mutual friends that he went to school with in Scotland. I visit them and shoot with them, so there’s always this loose connection.”

Sheila was only 21 when she joined The Three Degrees (Image: getty)

Sheila was only 21 when she joined The Three Degrees. She remained in the group for 20 years, but then suddenly quit in 1986.

By then she had married businessman Chris Robinson. The couple settled in the UK, in Buckinghamshire, and had girls Alicia and Alexandria. “I left the group to raise my twin daughters, because I came home from a tour and I got out of the limousine and said: ‘Pookies!’ And they clung to the nanny’s knee. I thought: ‘Oh Lord, something’s wrong with this picture,'” Sheila recalls.

“I knew then that I wanted to raise my own daughters. I wanted to do the school runs, and help them with their homework and be there for piano practice. It was probably the hardest decision I’ve ever had to make, but I had to do it. In life you have to make decisions that are difficult and may not be popular, but it’s your life and now I have no regrets.”

After a few years at home, Sheila gently eased herself back into the world of work.

In 1989 she published a bestselling cookery book, Soul Food, and in 1991 she became the first black woman ever to have her own UK sitcom, Land of Hope and Gloria.

“It’s learning how to be a chameleon,” she explains. “You can’t be one thing in this business any longer. When one thing goes on the blink, there’s got to be another thing to do.”

What is happening where you live? Find out by adding your postcode or visit InYourArea

Since then, Sheila has appeared regularly in London’s West End, as well as taking part in a variety of television programmes, from I’m A Celebrity… to Celebrity MasterChef, Tipping Point: Lucky Stars and The Real Marigold Hotel.

“If I’m fit and well, I think I will still be working then. Look at Mae West and Betty White, they were active in their 90s. It depends on what projects come up, but they’re now writing for older actors, so you never know.”

Sheila, who is now a grandmother, is close to her two daughters, who live in Dubai and Buckinghamshire.

Her marriage ended in 2004 and she then spent five years living in Majorca with her partner Jonathan Curry, 20 years her junior, until his death in 2010.

So, what does she enjoy away from work? “I’m always working!” she roars.

But for an international star, she confesses that her chosen way of relaxing is positively mundane. “I like to make sure my house is spotless,” she smiles.”I’m a little bit OCD I suppose. I have a cleaner, but I clean before she arrives!”