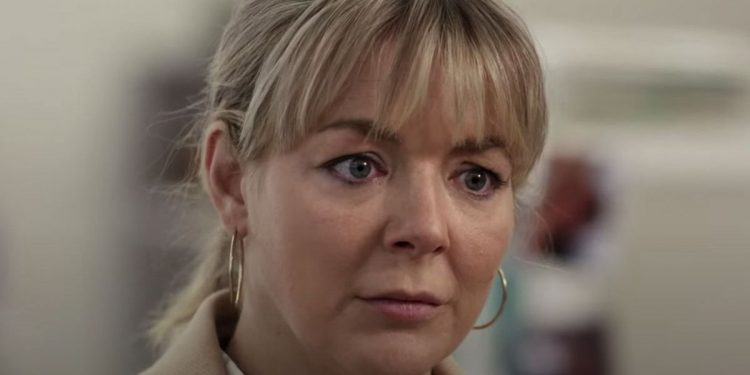 
Sheridan Smith’s stars in new Channel 5 drama The Teacher but behind her impressive acting career she’s failed to find happiness in her love life with her finance beau, actor interests and former flames

The Teacher: Sheridan Smith stars in trailer for new drama

Actress Sheridan Smith has found happiness in her career but away from the cameras she’s proved unlucky in love.

The BAFTA-winning actress, 40, who tonight takes on the lead role of Jenna Garvey in Channel 5s The Teacher, has seemingly split from her latest flame Alex Lawler after four months of dating.

The Cilla star who has been linked to a string of suiters finding happiness with a co-star before embracing online dating and forging new relationship on Twitter and even Tinder – before lately rekindling an old romance with a former friend.

So who has Sheridan dated in the past? Let’s take a look…

Sheridan and James Corden dated in the early 00s
(

The actress hooked up with co-star and future Late Late show host James Corden, 43, between 2007 and 2009 after the pair met on the set of Fat Friends in 2002 before being cast as brother and sister, Smith and Rudi, in Gavin and Stacey.

Sheridan has a tattoo on her hand with Greg Wood

Sheridan dated Hollyoaks actor Greg Wood, 42, who is best known for his role of Trevor Royle, with the couple going public in January 2015.

The pair even had matching tattoos with Sheridan’s reading, ‘Gregory’s Girl’, while Greg had ‘My Sheri Amour’ inked on his skin each above a heart playing card with ‘all in’ written underneath.

Sheridan turned to Tinder to find her match and was paired with former insurance broker Jamie Horn in 2018.

Teasing to fans about her “secret boyfriend” during her Royal Albert Hall performance and the couple appeared on cloud nine as they got engaged with a 10k dazzler to boot the following year.

Sheridan fell pregnant and welcomed baby son Billy into the world in May 2020.

Sheridan has embraced motherhood and dotes on son Billy
(

The pair split three years later expressing their saddens that their relationship was over.

She said at the time: “We both remain completely committed to raising our beautiful boy Billy together. We ask that you respect our privacy during this difficult time. Thank you.”

Following her split from Jamie, Sheridan was thought to have found happiness with ex-boyfriend Alex Lawler after rekindling their romance from 20 years earlier.

However, it was recently revealed the couple had split with the actress keen to focus on herself and her son.

Speaking to The Notebook magazine, the Cilla star said: ‘I try to take him everywhere with me, he’s like my little shadow.

‘We’re like two peas in a pod, he’s the best thing that’s ever happened to me.’

Sheridan also shared her plans for her career adding: ‘So long as I can keep working and have my little boy with me then I’m happy.”

Experts warn of health fears over replacing ‘mum’ with ‘birth-giver’

Experts warn of health fears over replacing 'mum' with 'birth-giver'