British boxing judge Terry O’Connor is clear of the accusations against him. This comes after pictures surfaced on social media that showed the judge using a telephonic device.

The British Boxing Board of Control stated that O’Connor would not face any disciplinary action. They confirmed that they found no evidence against him. And they were happy with his explanation. 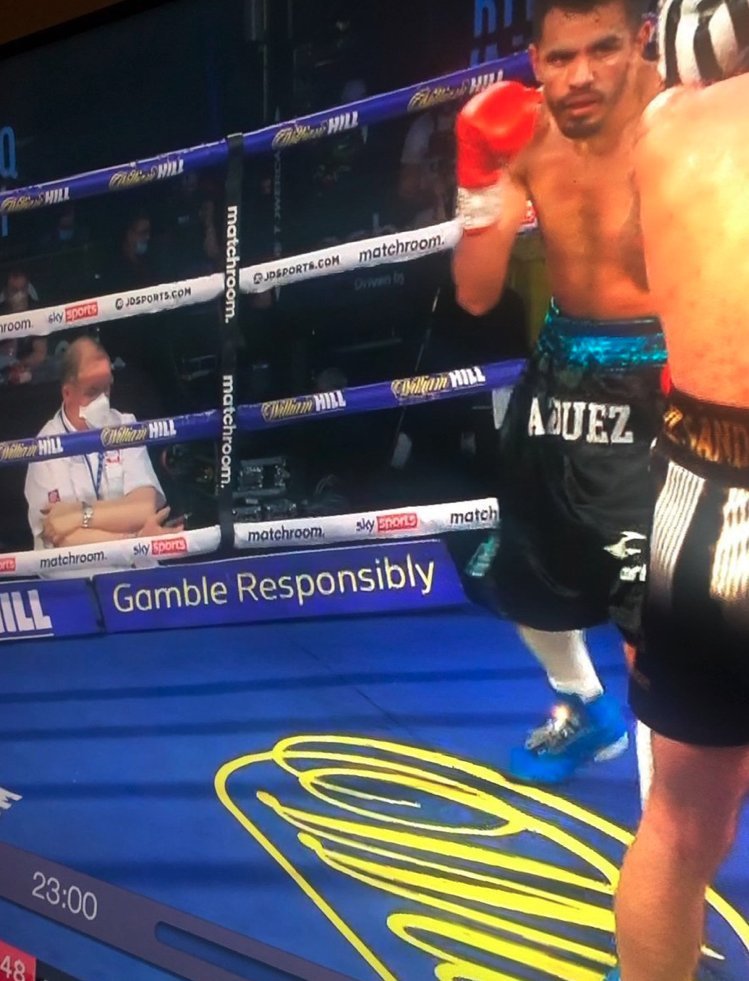 The event took place on October 17 during a fight between Lewis Ritson and Miguel Vasquez. Lewis Ritson won the fight via split decision.

Photos on social media showed that O’Connor had some telephonic device in his hand during the fight. Many suggested that an outside party influenced his decision.

The British Boxing Board of Control, in their statement, said:

“Following extensive consideration of footage and Mr. O’Connor’s evidence supplied, the Stewards are satisfied that Mr. O’Connor was not in possession of any telephone or handheld device, whilst carrying out his duties as a judge in the contest, between Lewis Ritson and Miguel Vazquez. And his scoring of said bout was not affected in any way.” 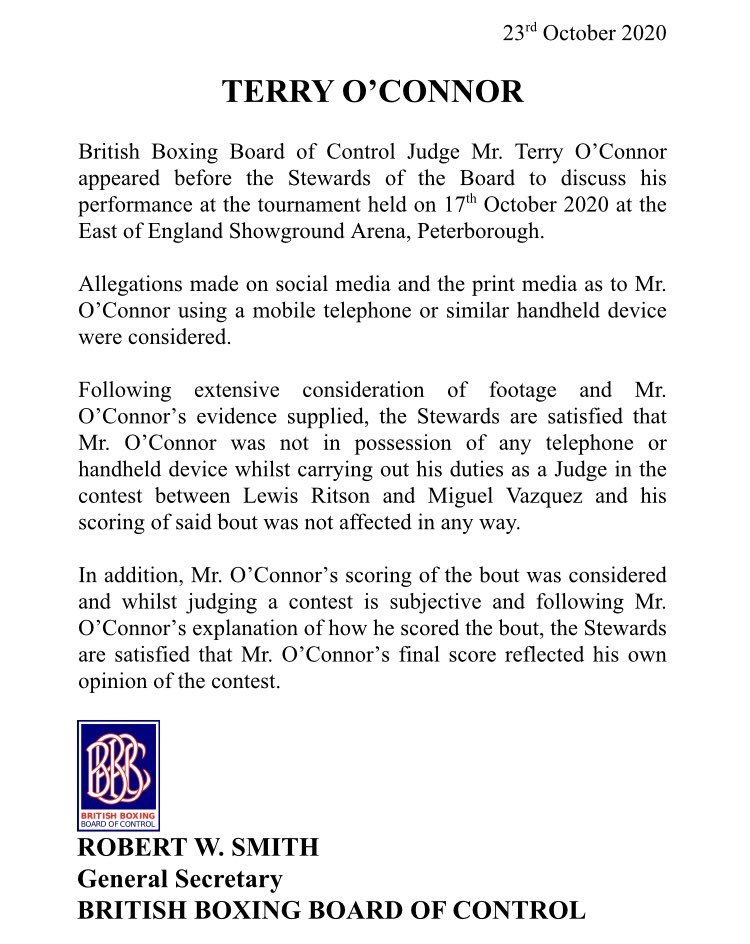 Though some fans suggested that it influenced the judge in his decision, the British Boxing Board of Control said they looked into that. The statement said:

“In addition, Mr. O’Connor’s scoring of the bout was considered. And whilst judging a contest is subjective, and following Mr. O’Connor’s explanation of how he scored the bout, the Stewards are satisfied that Mr. O’Connor’s final score reflected his own opinion of the contest.”

Eddie Hearn, who is the promoter for both fighters, tweeted saying, “If that’s a phone (and I presume it is) then BBBofC should immediately remove him.” He also felt that Vasquez had won the close-fought battle.

If that’s a phone (and I presume it is) then then BBBofC should immediately remove him. https://t.co/yVGKMRvNG9

This is not the first occasion that Terry O’Connor’s judgment has come into question. He came under heavy fire for scoring the Callum Smith-John Ryder fight 117-111 in favor of Smith last November.

Many felt that Ryder had beaten Smith. Besides that, O’Connor also found himself under scrutiny Back in 2017 for giving Joseph Parker the win over Hughie Fury with a 118-110 win.

Scoring a fight in boxing is a controversial issue. Judges come under scrutiny all the time because of the subjective nature of their job.

More often than not, some of this scrutiny is unjustified. However, situations like this, adds needless controversy to the already dubious decision making. Either way, Terry O’Connor is free to be on the judging panel again.

The Uggs celebrities love are on sale for Black Friday

Who is Marlo Thomas’ husband Phil Donahue and do they have children?

Biden reportedly considering a retired general to lead US military