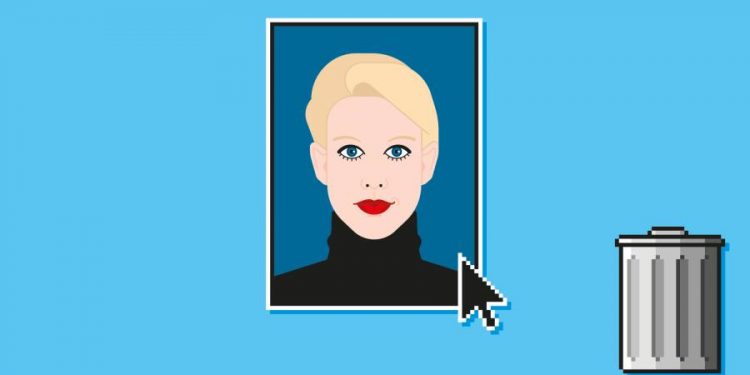 
The world would like to remember the conviction of Theranos founder Elizabeth Holmes as a cautionary tale of Silicon Valley hubris. The collapse of her blood-testing company was hailed as both the end of tech’s “fake it till you make it” culture and of the dubious cultural phenomenon of the girlboss. But here in the San Francisco Bay Area there is no interest in learning lessons from the debacle.

While Holmes awaits sentencing and her business partner waits for his own trial, venture capital money continues to flow into wild start-up ideas. No broader reckoning has been linked to her story. In the weeks since her January conviction, I have had more conversations about the trial with people in London than San Francisco. This is despite the fact that Holmes lives nearby and remains one of the most high-profile female founders the US tech sector has ever produced.

Instead of seeing the case as a spur to toughen up due diligence, the tech sector is choosing to dismiss it as an outlier. Just as imploded co-working company WeWork was described by west coast tech workers as a New York company, Theranos’s non-tech investors tend to be invoked when talking about its failure. The implication is that real tech investors would have been able to spot the lies. The truth is more complicated. Silicon Valley was involved, albeit at an early stage. Although late investors included Walgreens and Rupert Murdoch, one of Theranos’s earliest backers was notable VC firm Draper Fisher Jurvetson. (And, of course, Holmes went to Stanford.)

Still, it is true that the rest of the world’s interest in Holmes was never limited to health tech. Her youth and confidence made her an appealing avatar of female ambition. The blonde hair, black polo necks and deep voice were instantly recognisable. Her image is still being analysed. Both the Wall Street Journal and New York Times wrote about the clothes Holmes wore to court, despite her wardrobe being mostly limited to bland dark skirts and jackets. When a few women showed up to the courthouse dressed as Holmes, they were quickly interviewed by outlets grateful for the spectacle.

This is why Theranos and the court case against Holmes has triggered a weird, ironic line of merchandise. Online you can buy T-shirts with Holmes’s face printed on, declaring her “My #girlboss”.

“Girlboss” was coined in 2014 by Sophia Amoruso, founder of the ecommerce company Nasty Gal. The term was once a popular way to describe an entrepreneurial form of feminism that simultaneously paraded as activism. Leigh Stein, who satirised female founder culture in her novel Self Caredescribed the girlboss as not just a mindset but an aesthetic too. It was the Instagram-pretty side of millennial hustle culture. Holmes did not spend enough time talking about female empowerment to fit the girlboss mould perfectly. But she was white, American and fond of inspirational platitudes. In 2015 she told Glamour magazine, “I am living proof that it’s true that if you can imagine it, you can achieve it.”

Yet her conviction for defrauding investors cannot be held responsible for killing off the idea of the girlboss. Stories of mismanagement at other female-led companies had already put an end to the notion that millennial female founders create more ethically minded companies. It turns out that being young and female does not automatically translate to better workplace cultures.

Amoruso’s company was sued by an employee who claimed they were sacked when they became pregnant. The company then filed for bankruptcy. Audrey Gelman, once held up as a girlboss exemplar and known for both her friendship with actress Lena Dunham and creating female members’ club The Wing, resigned following complaints over the company’s treatment of black workers. Last year, the New York Times wrote that female founders live in the shadow of Holmes’s failure. But in tech, they were already sidelined. Of the US start-ups that received venture capital funding last year, 6.5 per cent had an all-female founder team, according to data from PitchBook. The number with at least one female founder is about 25 per cent. Funding volumes have jumped overall, but the proportion of companies with women in charge has not.

Nor has there been a noticeable increase in caution. Not only have unprofitable tech companies continued to gain funding, some start-ups with little or no revenue have managed to list on markets. Making big claims remains the starting point for new companies. High-risk tolerance is still needed by early-stage investors. For the sector to power on, it seems Holmes must be regarded as the exception.