Simon Cowell: Teeth surgery estimated to have cost £50,000 by an expert

Simon Cowell’s teeth attracted attention when he stepped out at recent events.

The star is set to judge on Britain’s Got Talent: The Champions in the coming week.

Simon Cowell’s weight loss and his new teeth have formed part of a new look.

The 66-year-old music professional said: “The teeth are too white again, he always gets these teeth that are too white and it takes a year or so for the colour to calm down.

“Otherwise I think he looks great, he’s dropped weight and it’s great for him. Much healthier for him, not that he was big but he just got rid of that tummy and chest.”

Many have made jokes about the bright colour of Simon’s teeth on Twitter.

One wrote: “Simon Cowell’s teeth are brighter than my future prospects.”

Another said: “Every time I see Simon Cowell now I think of the Friends episode where Ross had his teeth whitened too much.”

An expert has estimated how much such a glorious sense of teeth might cost.

Dr Guy Barwell Dental Surgeon The Implant Centre Hove & Haywards Heath told Express.co.uk: “Simon Cowell has always been known for his ultra-bright Hollywood smile and at one stage he was a heavily requested ‘look’ from male clients wanting a smile makeover.

“However when you look back at the earlier photo’s his teeth were a far more natural shade of white, and I would estimate that his teeth now are at least eight shades whiter – probably off the whitening scale!”

The expert continued: “Simon has certainly had veneers, one key tell-tale sign is that in earlier photos his upper right lateral incisor is missing.

“It’s still not there in the first series of X-Factor in 2004 but by the time we get to photos from 2007 this missing tooth has been added in to the line-up as part of his smile makeover.

“On average veneers tend to only last seven to 10 years as they are susceptible to damage and discolouration, and I suspect he may have had several sets over the years, costing anything from £650 to £1000 per tooth.

“So he could have spent upwards of £50,000 on his teeth over the years, depending on how many sets he’s had.”

Simon certainly has aged well, but how have his teeth changed over the years?

Dr Guy said: “The shape of his teeth has completely changed from a rounder shape to more square, some would say more masculine, and this latest set of veneers look typically American: squarer, more block shaped – the celebrity favoured ‘piano key’ look which makes them appear bigger, especially as you cannot see any of the pink triangles of gum that are normally in between the teeth, the papilla.

“His smile now looks wider and, according to some, a wider brighter smile can help us look younger. When carried out to a very high standard veneers can give a wonderful transformation to a smile.

“Sometimes, as often seen with celebrities, they are just too white, and with too little character making the teeth look a little ‘false’ – which at the end of the day they are of course.

“But it is the bland unified white colour that makes them look like veneers and not teeth.

“No natural tooth looks like this with no colour changes and character – that is what makes teeth look natural after all.

“If it was a dazzling Hollywood Smile Simon wanted then he has certainly achieved it!”

Is Jeremy Corbyn a coward for refusing to back a general election? – Express.co.uk poll | Politics | News

How to get rid of visceral fat: The foods proven to help shed belly fat 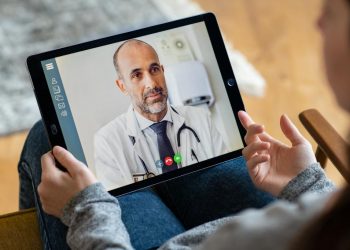 How to get rid of visceral fat: The foods proven to help shed belly fat