Sir Richard Branson’s beloved Caribbean island home has so far escaped a drastic financial overhaul of his empire – despite warnings by the billionaire that it was in the firing line.

Necker Island was put on the block by Branson in a public address to Virgin Group employees last April in what was widely interpreted as a signal he was prepared to make personal sacrifices as the crisis hit and his employees accepted pay cuts.

He said in response to ‘comments about my home’ and net worth that he had moved to 74-acre Necker Island not for tax reasons but ‘for our love of the beautiful British Virgin Islands’. 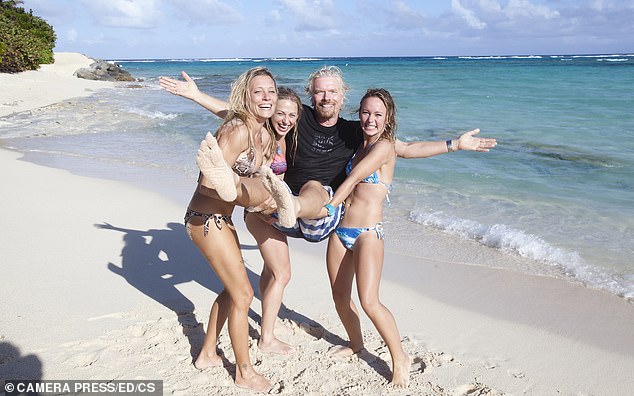 Paradise: Richard Branson frolicking on his private island Necker, which he suggested he would mortgage to secure a loan to help prop up his Virgin Group

He added: ‘As with other Virgin assets, our team will raise as much money against the island as possible to save as many jobs as possible around the group.’

However, documents from the British Virgin Islands obtained by The Mail on Sunday show the billionaire Virgin Group founder has not yet taken out a loan against the island during the pandemic.

The 70-year-old tycoon has instead injected more than $350million into his devastated travel and leisure businesses after selling shares in his Virgin Galactic space tourism business. This included a £200million cash injection for Virgin Atlantic as part of a £1.2billion rescue plan with investors completed last September.

Meanwhile, Virgin Atlantic – where staff faced pay cuts early on – has cut 4,300 jobs, or 45 per cent of its workforce, and gym chain Virgin Active, which employs 2,400 in the UK, is in talks with its lenders and landlords over a possible restructuring.

This could involve Branson, who owns 20 per cent, putting in more money alongside co-owner Brait, a South African investment firm controlled by one-time billionaire Christo Wiese.

Sources suggested Branson could have to pledge more of his estimated $7.9billion fortune to Virgin Atlantic as extended travel bans raise fears for the airline’s long-term survival. 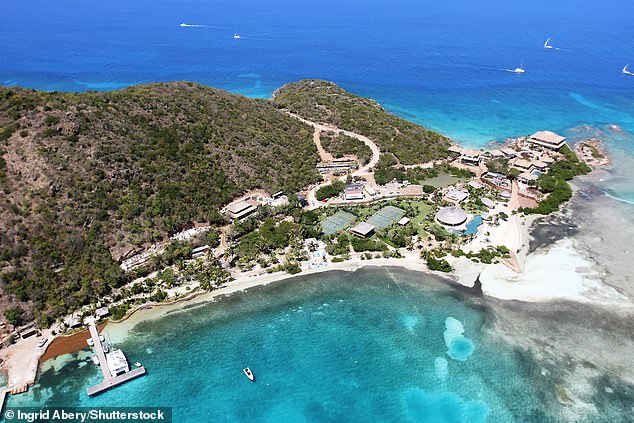 Under crisis plans drawn up last summer, Virgin Atlantic’s directors warned that if passenger flying remained ‘limited’ until August 1 this year, the airline could have to raise more cash and undergo further ‘significant restructuring’.

Last week, restructuring firm Alvarez & Marsal warned that hopes of a summer recovery for air travel had been ‘dashed’ by new travel restrictions. It added: ‘Without decisive actions by the key sector stakeholders, bankruptcy of the weakest airlines will accelerate.’

One aviation insider said Virgin Atlantic is the UK airline ‘most at risk of failure’, as its revenues rely heavily on long-haul and business travel, which will be the slowest sectors to recover once vaccines have been rolled out.

The source said: ‘There is no light at the end of the tunnel for long-haul flying, which is not expected to pick up until autumn, which means Virgin’s summer season is wiped out.’

Virgin Atlantic, which is 51 per cent owned by Branson through his investment firm based in the British Virgin Islands, faced turbulence even before the pandemic after parent company Virgin Atlantic Limited – which also includes Virgin Holidays and freight business Virgin Cargo – made a £29.5million loss in 2019. 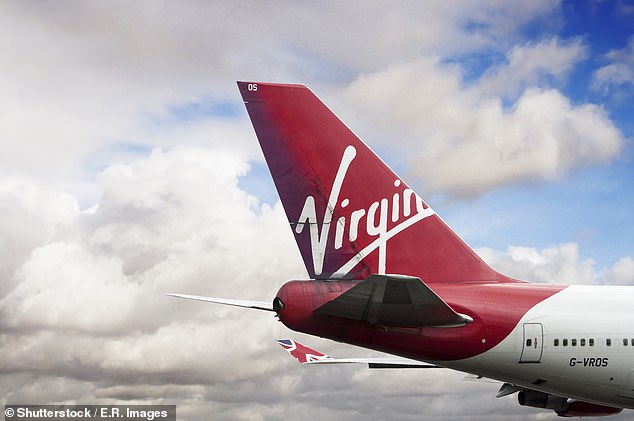 The airline, led by chief executive Shai Weiss, drew up a three-year turnaround plan, called ‘Velocity’, to stabilise the airline and return it to profit. But Covid-19 derailed that recovery and in April last year Branson asked the Government for a £500million taxpayer-backed loan, which was rejected.

In his letter to staff, he said: ‘I’ve seen lots of comments about my net worth but that is calculated on the value of Virgin businesses around the world before this crisis not sitting as cash in a bank account ready to withdraw.’

Profits had often been reinvested in the group, he added.

Branson’s wealth has soared since the start of the year after US-listed Virgin Galactic, in which he holds a 27 per cent stake, more than doubled its value to $12.7billion.

Last week, it announced a test flight for its SpaceShipTwo craft VSS Unity and traders from sites such as Reddit piled into the stock. Meanwhile, Branson on Thursday announced he will invest $25million in genetics testing firm 23andMe, as part of its reverse merger with his New York-listed investment firm VG Acquisition.

Branson bought Necker Island for $180,000 from aristocrat Viscount Cobham in 1979. He has previously taken out loans against the island to support businesses in the Virgin Group – most recently in 2001, when he raised $10million from Liechtenstein-based lender VP Bank, according to Land Registry documents filed in the Caribbean and seen by The Mail on Sunday. 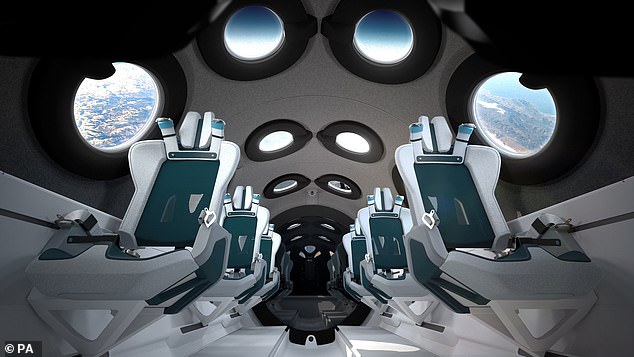 Branson’s wealth has soared since the start of the year after US-listed Virgin Galactic, in which he holds a 27 per cent stake, more than doubled its value to $12.7billion

It is understood Virgin businesses he has supported through mortgaging Necker include developments in the British Virgin Islands, where Branson has built a luxury eco-resort that employs 175 people. He also owns neighbouring Moskito Island, bought in 2007.

Last month, Virgin Atlantic raised a further $230million by selling and leasing back two 787 Dreamliners, which was used to reduce debt and boost cash. Further possible financing routes for the airline include mortgaging or selling its 2,000-plus take-off and landing slots at Gatwick, raising money from loyalty card programmes or leveraging its intellectual property.

Branson founded Virgin Atlantic 37 years ago with one plane and said last year that its competition with bitter rival British Airways ‘must remain fierce for the benefit of our wonderful customers’.

In 2012, Branson famously bet then BA boss Willie Walsh £1million that Virgin Atlantic would still be around in five years’ time. Walsh accepted, but changed the wager to ‘a knee in the groin’ – arguing that £1million wouldn’t be a painful loss for the billionaire Virgin boss.

A Virgin Atlantic spokesman said freight business Virgin Cargo had a ‘record year’ in 2020 and that passengers are ‘continuing to book for travel in 2021 and beyond’ as the mass roll-out of vaccines and pre-departure testing regimes boost confidence in overseas trips.

The spokesman added: ‘With the ongoing support of our partners and shareholders, we are confident that Virgin Atlantic will emerge from the Covid-19 crisis a sustainably profitable airline.’

Salt overconsumption a leading cause of preventable deaths: Study