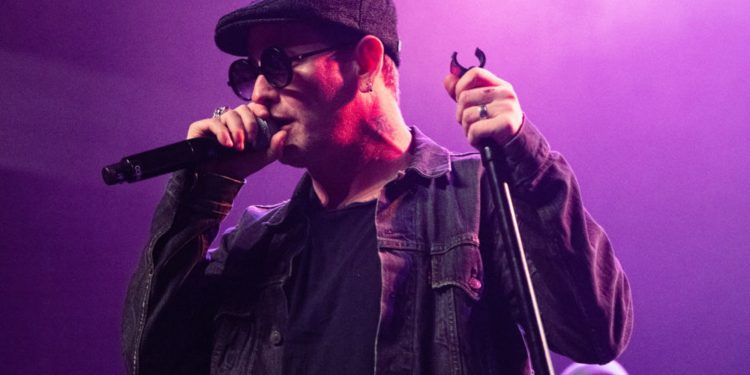 He first shared news of the upcoming release last week in an interview with Eddie Trunk on his SiriusXM Trunk Nation With Eddie Trunk show, revealing that the accompanying LP to last year’s ‘CMFT’ will arrive on February 25.

According to a press release, the album will see Taylor strip Red Rider’s ‘Lunatic Fringe’ down to a “striking acoustic number”. He and his cohorts “hypercharge” ‘Got To Choose’ by KISS and lock into “a punchy punk gallop” during Deady Boys’ ‘All This And More’.

Elsewhere, the new LP includes Taylor’s snarling cover of Metallica‘s ‘Holier Than Thou’, which he initially recorded for the legendary metal band’s recent anniversary covers album, ‘The Metallica Blacklist’.

It also boasts acoustic takes on ‘Kansas’ and ‘Halfway Down’ from ‘CMFT’, and a powerhouse live medley of ‘Home’ and Stone Sour’s famous ‘Come What(ever) May’ finale ‘Zzyxz Rd.’

Accompanying the announcement, Taylor has shared a cover of ‘On The Dark Side’, made famous by John Cafferty & The Beaver Brown Band in the 1983 film, Eddie And The Cruisers. You can listen to it below.

‘CMFB… Sides’ is released on February 25 via Roadrunner Records. You can pre-order/pre-save the album here – see the tracklisting below.

Elsewhere in his interview with Trunk, Taylor confirmed that his second solo album – dubbed ‘CMFT 2’ – is demoed and “ready to go.”

He said: “‘CMFT 2’ is written, it’s demoed, it’s ready to go,” he added. “Plus we’re constantly writing new stuff. So we’re gonna be in a great position, next year probably, to go in and record ‘CMFT 2’ and just be ready to kind of do that. But that’s obviously after Slipknot has kind of done its thing.”

On Monday (February 14), Taylor will release a performance video of the live ‘Home’/‘Zzyxz Rd.’ medley, shot during last year’s ‘Forum Or Against ‘Em’ livestream gig. You can tune in here.

Meanwhile, Taylor confirmed this month that Slipknot have “finished” work on their “killer” seventh studio album.

In terms of sound and style, Taylor told SiriusXM that the forthcoming record was “like a heavier version” of their 2004 full-length ‘Vol. 3: (The Subliminal Verses)’. “It’s really killer, man,” he added.

Reviewing Taylor’s solo debut ‘CMFT’, NME wrote: “‘CMFT’ isn’t the most profound or intense album Taylor has put his hand to, but it’s certainly the most fun. He sounds in love with life, a man finally free of his darkness.”