SIMEC Atlantis Energy Ltd rose from the depths this week as circumstances around its major shareholder, the GFK Alliance, took a turn for the better.

In May, the sustainable energy generation company revealed that the administrators had been appointed over all of the shares of its 43 pc shareholder SIMEC UK Energy Holdings (SUEH), which is based in the British Virgin Islands.

The GFG Alliance, of which SUEH is a member, informed the AIM-listed company this week that the receiver’s appointment has ceased, the receivers have resigned as directors of SUEH and the GFG Alliance is back in control of the SIMEC Atlantis shares. 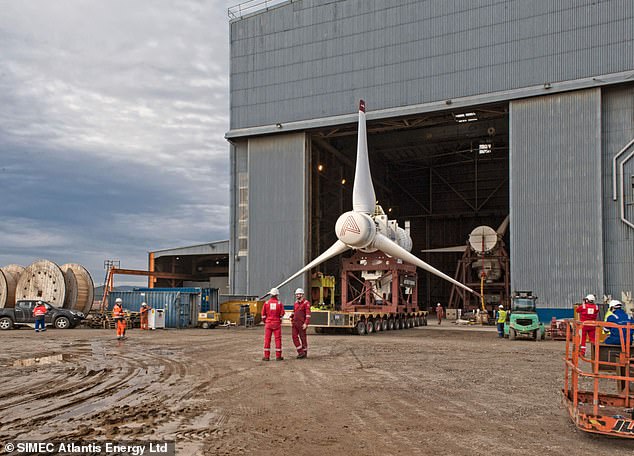 Shares in SIMEC Atlantis were up 55 per cent this week as the company looked forward to “a more stable relationship with its major shareholder”.

It has been a good week for Insig AI PLC, the artificial intelligence (AI) and machine learning company focused on the asset management industry that secured a listing on AIM in mid-May through a reverse takeover of Catena Group.

On Tuesday, it said a London-based alternative investment manager had signed an annual licence for Insig AI’s proprietary Data Tool.

On Friday, it revealed it was hooking up with CarVal Investors, described as global alternative investment manager, for Insig AI to combine its environment, social and governance (ESG) tools with CarVal’s proprietary ESG risk scoring methodology.

This new technology is understood by Insig AI to be the first of its kind in fixed income, “enabling asset managers to develop and execute a high-performing, data-led ESG investing strategy by providing transparent and evidence-based ESG scoring and interrogation whilst also allowing for comparison to relevant benchmarks”.

Insig AI was trading at around 89p at the time it made its debut on AIM and despite being up 18 per cent on the week is languishing at around 81p.

Sanderson Design Group’s AGM trading update lifted the shares, with the luxury interior design and furnishings group saying profits for the six months to the end of July are expected to be ahead of expectations.

The following day, non-executive director Christopher Rogers bought 35,000 shares at 167.4p per share, lifting his take to 110,000, or some 0.15 per cent of the issued share capital of the company.

Sanderson shares now trade at around 190.5p, up 16 per cent on the week, so Rogers is already quids in.

Another company raising guidance was Hargreaves Services PLC, whose shares rose 15 per cent this week to 489.5p.

The company has done well on the back of a very strong commodity market and as a result its German joint venture (JV), Hargreaves Raw Materials Services, posted a profit after tax of £13.6million for the year to the end of May, which was better than expected.

The German JV has recently secured a number of forward trading positions that should see it benefit from the strong commodity market this year, as a result of which the board of Hargreaves now expects the group’s results for the year to the end of May 2022 will exceed market expectations.

The strategic switch by out-of-office meeting specialist LoopUp Group PLC has yet to convince the market, despite the group boasting of its growing pipeline of cloud telephony businesses.

The company won fifteen new cloud customers in the first half of 2021, with all new contracts in its pipeline worth £117million.

The shares rose threefold last year in the three months following the first UK lockdown as investors got carried away with any company that looked like it might be Britain’s answer to Zoom, since when those who piled into the shares have had a bit of a reality check.

The shares are now trading at 42p, down by 37 per cent this week following the company’s half-year results.

Assetco PLC, the asset management fund chaired by former Aberdeen Asset Management boss Martin Gilbert, reached agreement this week on the acquisition of a 63 per cent equity interest in Rize ETF for £16.5million, to be paid in cash.

Rize ETF is believed to be Europe’s first specialist thematic exchange-traded-fund (ETF) issuer and one of the fastest growing providers of ETFs in the rapidly growing thematic ETF segment of the asset management industry, Assetco said.