Horizonte Minerals is not too far away from entering the ranks of the world’s top nickel producers.

It’s a peer group that boasts some illustrious names, including Vale and Anglo American, and which encompasses market capitalisations measured in the billions rather than the millions or hundreds of millions.

But how likely is it that Horizonte will make over the final hurdles? 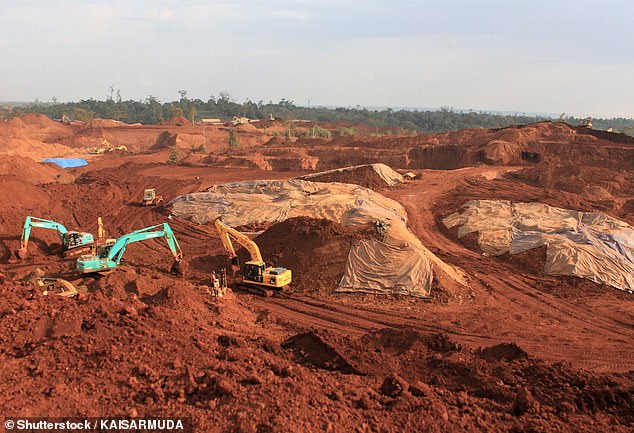 Horizonte Minerals production could end up at around 60,000 tonnes of nickel per year

Well, it’s a serious company, with a world-class asset at Araguaia in Brazil, it has serious backing on the share register, and it’s pulling in some fairly serious names when it comes to getting project finance in too.

Negotiations on that score got underway in earnest towards the end of last year, as BNP, ING, Mizuho, Natixis and Societé Générale all swung into action to help put a $325million debt facility in place.

This progress has been rewarded in the market and the company is now worth just over £130million (at 7.8p), based on its sizeable resource base, a turnaround in sentiment towards nickel itself and optimism about recent progress.

But although the share price graph looks attractive enough if you’re glancing back to where Horizonte came from, there’s also the prospect of an even greater iteration of growth ahead.

The direction of travel is now clear enough: with Araguaia coming on first, to be followed by the correspondingly attractive Vermelho nickel-cobalt project, production could end up at around 60,000 tonnes of nickel per year. That’s roughly the same output as Anglo American.

Brazil’s mining champion will always be Vale of course, but its real strength remains in the iron ore space.

Some years back it did try to expand into nickel. But it ended up faced with a choice: to focus either on Goro in New Caledonia, one of the largest nickel deposits in the world, or on its previous flagship asset, Vermelho, highly promising with a rich cobalt credit, but on a relative scale somewhat smaller.

Perhaps not altogether to the current satisfaction of Vale shareholders, the choice was for Goro, and Vermelho was allowed to pass into the hands of Horizonte, where it now nestles comfortably inside the portfolio of development assets, running around 18 months or so behind Araguaia.

Which asset is the better of the two?

Perhaps an academic question, given how much value there is in both, but some analysts think Vermelho just edges it.

Jeremy Martin, the company’s chief executive, takes a more pragmatic approach. ‘We have 100 per cent of two Tier-1 nickel assets,’ he says.

‘They are low cost and high grade. We’ll be producing ferro-nickel from Araguaia, and nickel-cobalt sulphate from Vermelho.

Given that the nickel price has been on the move of late, partly on the back of rising demand for its use in electric vehicles, this is not a bad position for Horizonte to be in.

Both assets lie in the neighbourhood of a well-known mining region, where the permitting process, though rigorous, is not onerous.

What’s more, since most of the power in the region comes from hydro, Horizonte will be able to tick its carbon emissions boxes like no other major producer of nickel.

With all that in mind, it’s not altogether surprising to learn that a cornerstone equity investor has already been lined up for when the Araguaia financing finally comes together, and that Martin is pretty confident that the deal will close off fairly soon.

What will happen after that? One company that’s been through a process similar to Horizonte is Nickel Mines, which has assets in Indonesia. It’s now worth over A$3billion on the Australian exchange, having nearly quadrupled in value over the past two years or so.

There are a few hurdles to be cleared before Horizonte can repeat the trick, but the numbers are certainly there to support the comparison.

The modelling shows that line one of Araguaia alone should deliver up $2.4billion in free cash flow, with cash costs in the lowest quartile. And for its part, Vermelho looks set to deliver upwards of $7billion of free cash over its projected 30-year life.

‘It’s a rare journey for a junior explorer to take its own discovery and transition into a developer,’ he says.

But a rewarding one.