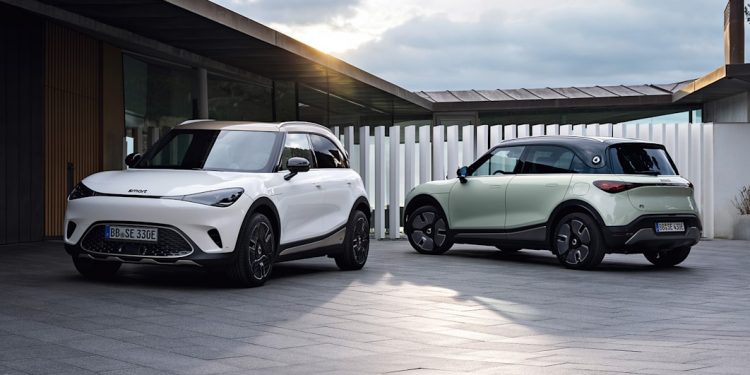 
The Smart #1 electric crossover has officially been revealed, along with its specifications. In addition to looking extremely similar to the concept of the same name, it packs quite a bit of horsepower and can hold a lot of electric power. It’s all wrapped in a package that we could see in America, but likely won’t come to our shores.

Visually, the Smart is virtually unchanged from the concept. It still has the floating roof, contrasting colors and curvy body. The only changes seem to be some extra little detailing in the front and rear bumpers and the addition of door handles, which are flush to the body. They pop out when someone needs to get in. The doors also have frameless glass. The whole car is still fairly small, but not quite as small as some past Smarts. Its 168-inch length makes it similar in size to the Nissan Kicks, Hyundai Kona and other subcompact crossovers.

Even the interior looks basically the same with the accent lighting, flowing center stack and prominent center screen, which measures 12.8 inches. Added to the interior is a low and wide 9.2-inch instrument screen, and the car has an available 10-inch head-up display. 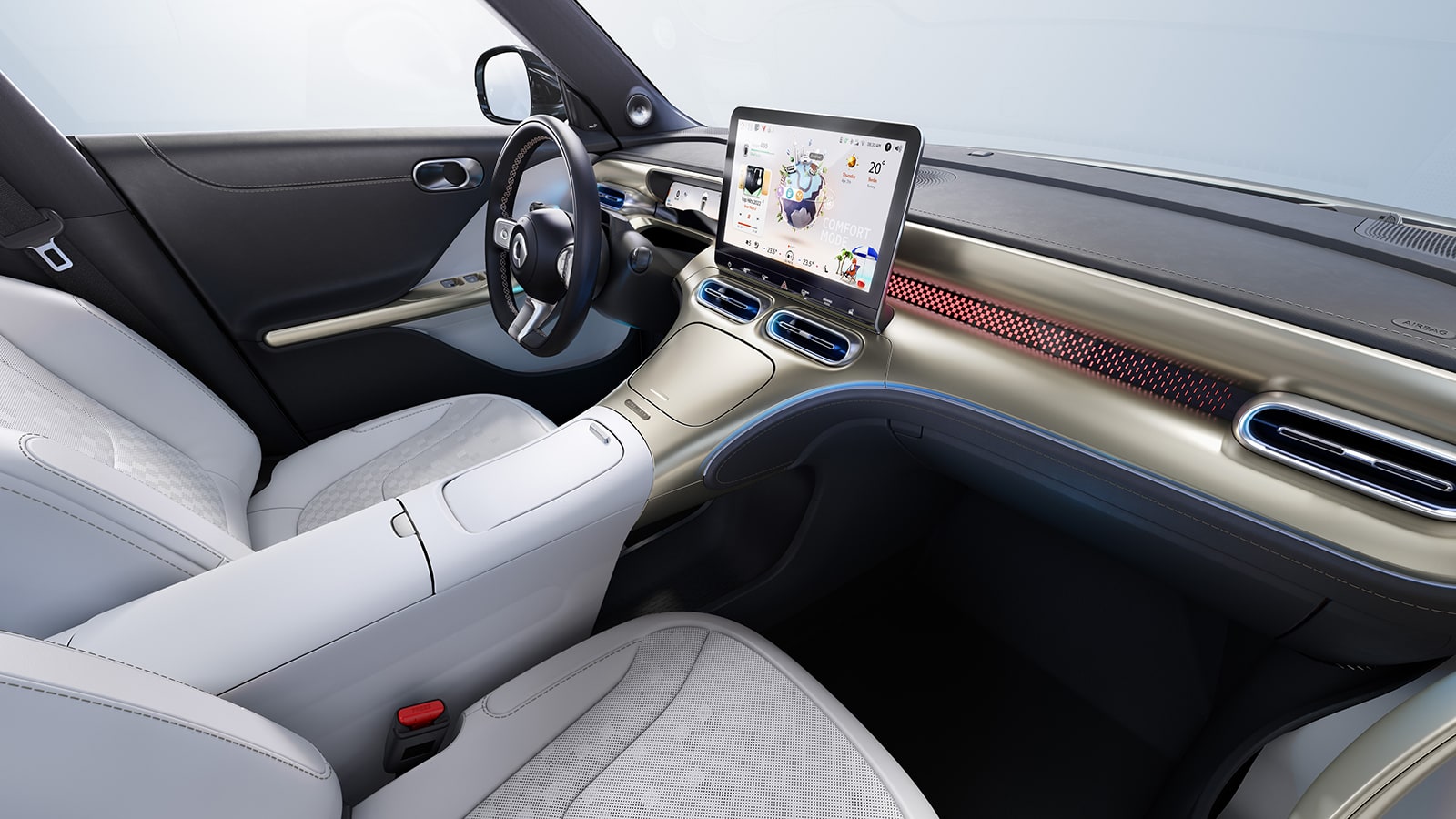 Perhaps most interesting is the powertrain. This tiny car has an electric motor making 268 horsepower, enough to scare GTI owners. That motor is also mounted in the rear and powering the rear wheels. It’s a tad heavy, though, at 4,012 pounds. That’s partly because it has a battery with a 66-kWh capacity. On the WLTP test cycle, that’s good for between 260 to 273 miles. The Smart also supports DC fast charging with a peak charging speed of 150 kW. From 10% to 80%, it should charge in less than 30 minutes.

The Smart #1 is expected to go on sale later this year, and will be built in China. It’s also a joint venture between Mercedes and Geely. Although it’s the first Smart model we could see being a genuine success in the U.S., we’re not expecting it to appear here. Not just because it would need to be homologated for our market, but the fact that the whole Smart brand left, along with the dealer network. Restarting all that would be a big investment for one car that may or may not be a success.