Sniffer dogs deployed to crack down on Commons cocaine use 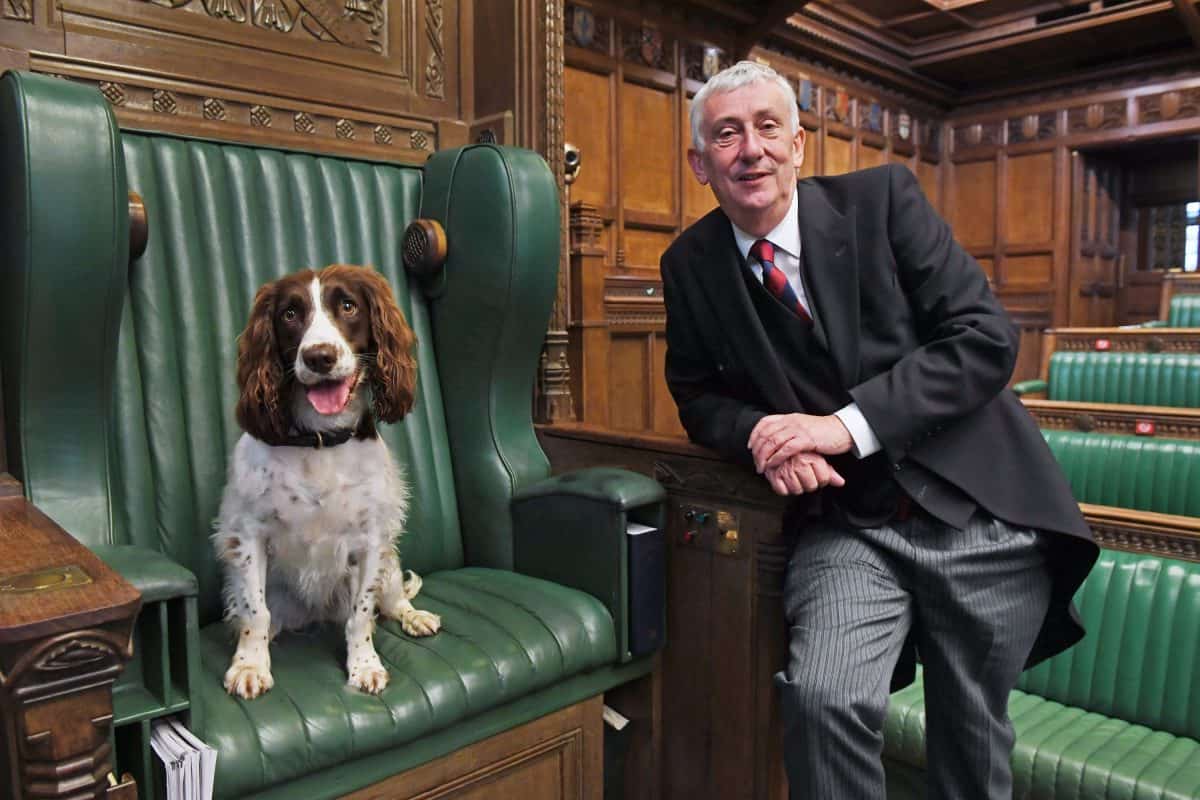 Sniffer dogs could soon be deployed in parliament under plans for a drugs crackdown.

The Speaker has vowed to call in the police amid evidence that cocaine and other illegal substances are being used on the parliamentary estate.

Sir Lindsay Hoyle said he would investigate Westminster’s drug culture after traces of cocaine were found in a number of places accessible only to people with parliamentary passes.

Charles Walker, a Tory MP who chairs the administration committee, told the Sunday Times that the issue would be discussed by a House of Commons commission next week.

“The House of Commons has a long history of using sniffer dogs to detect explosives,” he said. “It may be that we now need to broaden the range of sniffer dogs . . . to include those which can detect drugs.”

‘There is a drug problem’

Commons staffers were reportedly alerted last month to the smell of cannabis in the space between Portcullis House and 1 Parliament Street, after it emerged that two drug dealers were arrested – and 13 people detained for possession on the estate – in the space of a year.

The newspaper reports that casual cocaine use is common among a group of MPs. Detection wipes found evidence of the drug in 11 out of 12 locations tested in the building.

Cocaine was discovered in the toilets next to the private offices of Boris Johnson and Priti Patel, as well as in an accessible lavatory next to the office of Nick Thomas-Symonds, the former shadow home secretary.

Hoyle said: “It’s not just drink we’ve got to catch out, there is a drug problem.”

One source told the Sunday Times: “I have seen an MP openly snorting cocaine at a party. There were journalists present and I warned them that what they were doing was extremely dangerous and they could be exposed but they seemed to get off on the power trip.”

Another source added: “MPs tend to be more careful than staff and will go back to their office to do it rather than doing it in any of the public spaces, but I have heard of one staffer who walked in on their MP doing a late-night line at their desk.”

Jacob Rees-Mogg, the Commons leader, said: “The palace of Westminster ought to be the bastion of lawfulness. There are a lot of police on the parliamentary estate who should enforce the law using all the tools at their disposal to stop drug dealing and drug abuse within the palace.”

It comes as Johnson prepares to launch a 10-year plan to tackle illegal drug-related crime which will include removing passports and driving licences from offenders, it has been reported.

The crackdown will also include football-style travel bans, harsher sentences for drug dealers and measures to break up County Lines gangs.

The Sun reported Boris Johnson will outline “record” funding for addiction treatment and recovery services, with more money promised for the 50 local authorities with the worst drug issues including Middlesbrough, Blackpool and Liverpool.

“We need to look at new ways of penalising them. Things that will actually interfere with their lives,” Johnson told the paper.

“So we will look at taking away their passports and driving licences.

“We’re keeping nothing off the table,” he added.