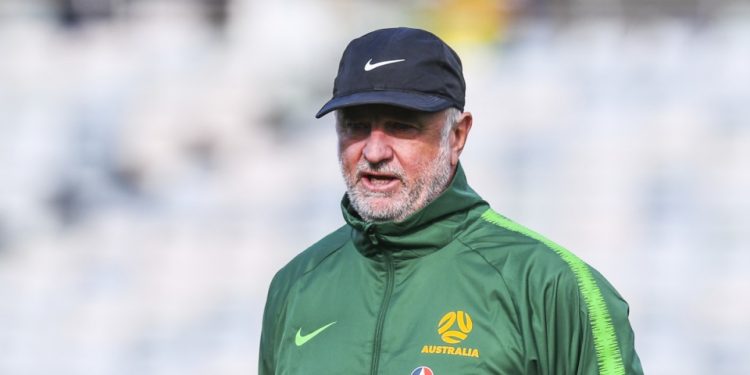 Arnold has been in self-isolation since testing positive to the virus for the second time in eight weeks last Thursday but was reportedly spotted at North Narrabeen on Sunday.

Current regulations in NSW stipulate a person who tests positive to COVID-19 must isolate for at least seven days.

If Arnold has breached his isolation he is still however a chance to be on the bench at Stadium Australia against the Samurai Blue, provided he can return a negative PCR test.

NSW regulations only stipulate hefty fines for individuals who breach self-isolation and not a requirement to start a new seven-day period, meaning Arnold could still potentially be allowed attend the match though he could be significantly out-of-pocket.

Football Australia are understood to be investigating the claims which were aired on 2GB radio on Monday morning.

It’s the latest disruption for the Socceroos in their build-up to the two must-win matches with Arnold’s squad already suffering several key absences due to COVID-19 unavailability or injury.

Craig Goodwin and Jackson Irvine were both ruled out for COVID-19 related reasons on Sunday, joining Aaron Mooy, Adam Taggart and Riley McGree as absentees for the two matches.

Celtic midfielder Tom Rogic is travelling to Australia under an injury cloud after picking up an ankle knock in the Scottish Premiership over the weekend while attacker Mathew Leckie has been rated as 50-50 to play by Arnold after being picked despite not playing since March 2 due to a groin injury.

The Socceroos are also set to lose Jamie Maclaren for the trip to Saudi Arabia with the star striker to stay in Australia for his upcoming wedding.