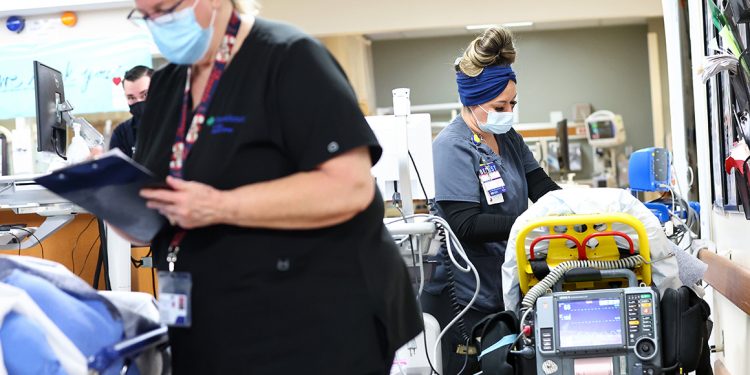 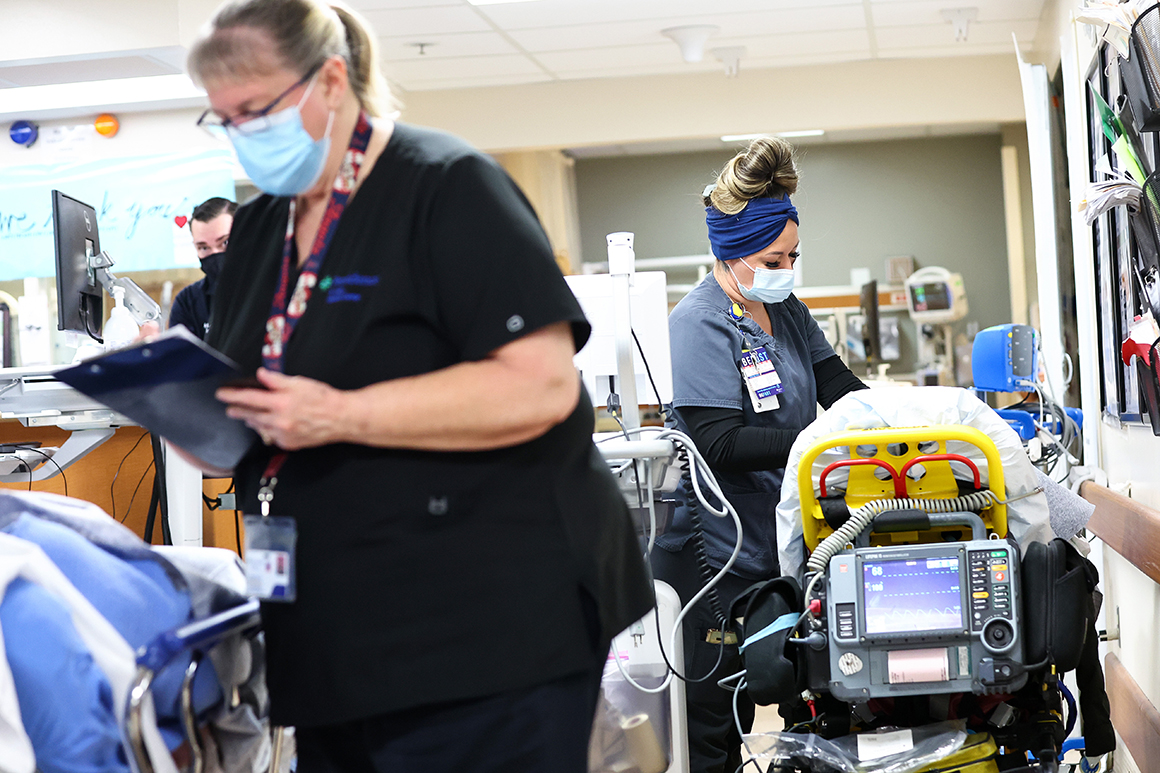 They fear that surgical masks put the most vulnerable people at higher risk of catching Covid-19. N95s, which seal tighter to the face, offer better protection against the airborne virus, studies show. For more than a year, many have called on the Biden administration to change its guidance to offer more protection inside hospitals, even as mitigation measures have been dialed back and case counts decline.

And yet, patients across the country say they are often told to replace their N95s with surgical masks as they enter hospitals. One woman said she was told her mask could be carrying Covid on its surface. A Chicago facility, Northwestern Medicine, said it asks visitors to replace or cover their masks with a surgical mask provided by the hospital for quality control. And inside many hospitals, doctors and nurses often don surgical masks when treating patients, all in line with CDC recommendations.

“It’s baffling,” said Ezekiel Emanuel, a University of Pennsylvania bioethicist who has advised the Biden administration on its pandemic response. “This is something where the CDC has been on the wrong side for a long time.”

The concerns come as Covid cases in China, Hong Kong and across Europe spike, leading to fears among some public health experts that the United States is on the precipice of a spring surge.

The CDC and the White House’s Covid response team declined to comment but have argued that even in hospitals, surgical masks provide sufficient protection in many situations. The CDC has stopped short of recommending N95s universally and says the public can also wear cloth masks, which its studies found are the least effective in stopping Covid transmission.

Emanuel said that Massachusetts General Hospital recently requested his daughter to replace her N95 with a surgical mask when she went for a checkup. The facility cited quality control but “their ‘high quality’ was worse than the quality of the mask she was wearing,” he said.

The facility told POLITICO that it follows CDC guidance, and in late January started allowing patients to keep wearing N95s as long as they layer a hospital-provided surgical mask on top. The hospital’s associate infection control head, Erica Shenoy, said the hospital’s staff wear surgical masks alone, which she called “perfectly safe” and effective against Covid. The hospital doesn’t provide N95s, she said, partly because they are “more uncomfortable.”

While daily infections are down roughly 95 percent from their January peak, Covid-19 can still be deadly for the elderly, vulnerable or immunocompromised patients who find themselves in the hospital. And infections of healthy, vaccinated people can also lead to long Covid, an array of barely understood, potentially debilitating medical conditions that can last for months to years.

The CDC has been years behind on the science.

A recent POLITICO analysis found that more than 3,000 patients were infected with Covid each week in January, during the Omicron wave.

Michael Osterholm, an infectious disease specialist who advises the Biden administration, said there is “no doubt” that the lack of the more-protective face masks contributed to those grim totals.

Osterholm wrote to CDC Director Rochelle Walensky and other senior officials shortly after the inauguration, urging the CDC to recommend N95s for all workers.

No one responded, he said.

Advocates for those with disabilities and the immunocompromised have pleaded with the administration to recommend N95s for everyday use in indoor public places. The CDC declined to do so and acknowledged in January that cloth masks provide less protection than surgical masks or N95s. Last week, the CDC released new guidance that removed any mask recommendation for 98 percent of the country.

A group of infectious disease experts, including Emanuel, released a road map this month they hope will influence the administration’s pandemic response. Among the report’s recommendations is to improve the quality of masks that Americans wear. Their report cites research showing that N95s provide several hours more of protection against Covid-19 than cloth and surgical masks, where protection may last only minutes.

The CDC also waited until January before telling Americans they could use N95s without harming the health workers who need them — more than a year after the supply crisis for the masks had ended.

“The CDC has been years behind on the science,” said Osterholm, one of the advisers to the administration.