Some state lawmakers calling it quits, can’t afford to serve 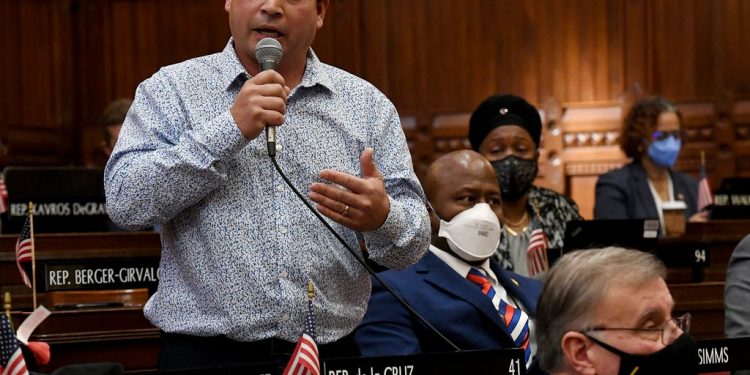 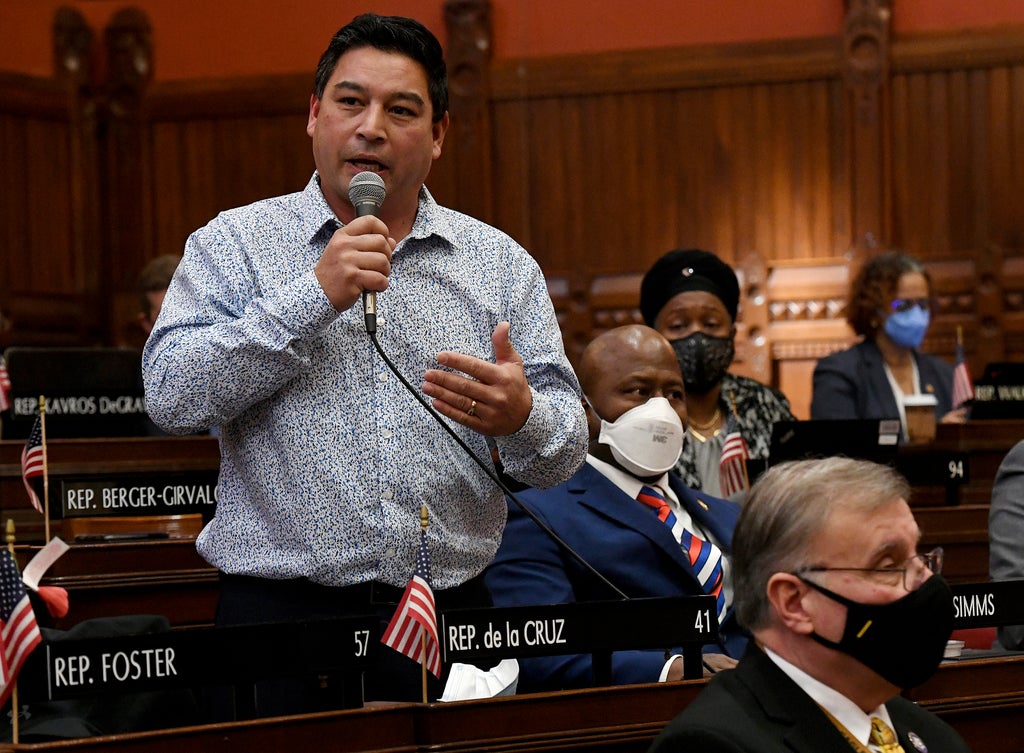 When trying to decide whether to seek a fourth term in the Connecticut House of Representatives, Rep. Joe de la Cruz ran the question by his wife, who he jokingly refers to as his lawyer and financial advisor.

While Tammy de la Cruz didn’t want to discourage her 51-year-old husband from stepping away from the part-time job he has grown to love, she acknowledged it didn’t make financial sense for him run again in November.

“The retirement planner in her didn’t even have to use a calculator to do the math,” Joe de la Cruz, a Democrat, told fellow House members when he announced in February that he’s not seeking reelection. “The $30,000 a year we make to do this illustrious job, the one that we all really care for, is truly not enough to live on. It’s truly not enough to retire on.”

Lawmakers in other states, often those with part-time “citizen” legislatures, have raised similar complaints. In Oregon, where the base pay is about $33,000 a year, three women state representatives announced in March they are not seeking reelection because they can’t afford to support their families on a part-time salary for what’s really full-time work. They called the situation “unsustainable” in a joint resignation letter.

Connecticut legislators haven’t seen an increase in their $28,000 base pay in 21 years.

While it varies by state as to how legislative salaries are adjusted, bills increasing legislator pay were proposed in several states this year, including Connecticut, Georgia, Oregon, and New Mexico, which is the nation’s only unsalaried legislature. So far the bills have faltered as some lawmakers fear rankling voters by approving their own pay raises.

It’s also not clear whether higher salaries ultimately lead to more diversified legislatures, something proponents of pay raises say is at risk. A 2016 study published in the American Political Science Review determined there was “surprisingly little empirical evidence” that raising politicians’ salaries would encourage more working-class people to run for political office. The study found that higher salaries “don’t seem to make political office more attractive to workers; they seem to make it more attractive to professionals who already earn high salaries.”

Arturo Vargas, CEO of the National Association of Latino Elected and Appointed Officials, said he believes that low pay, coupled with the threats and picketing some lawmakers and their families have received over issues like COVID-19 rules, will discourage people of modest means from running. And that often means people of color.

“It makes it more challenging for people who don’t have a lot of free time and need to rely on income to be able to perform their public service,” he said. “And it does make it an occupation that becomes more limited to the wealthy. And the wealthy in this country tend to be more white than people of color.”

In Washington, Democratic Sen. Mona Das, a child of immigrants from India who was first elected in 2018, recently announced on Facebook that she’s not seeking reelection. Part of the reason, she said, is the difficulty she’s had in meeting her financial obligations on a state Senate salary. Senators in Washington earn $56,881 a year plus a per diem to offset living expenses when the legislature is in session. That per diem jumped from up to $120 a day to up to $185 a day this year while the salary is scheduled to increase to $57,876 on July 1.

This year, roughly 71% of state legislators are white, 9% Black, 6% Hispanic and 2% Asian or Hawaiian, according to the National Conference of State Legislatures. Legislative chambers continue to remain male-dominated on average. Nationally, around 29% of state lawmakers are women, up from about 25% five years ago.

There are roughly 1,600 millennial and Gen Z individuals serving in state legislatures and in Congress nationwide, and the Millennial Action Project said that number has grown in recent years. Reggie Paros, chief program officer for the nonpartisan organization supports legislators and members of Congress born after 1980, said younger lawmakers haven’t been in the workforce long enough to establish the financial stability needed to make up for a low-paying legislative job.

“That financial barrier is one of the biggest struggles for getting into public office,” Paros said.

Political polarization is another potential deterrent for new participants.

“I think it becomes harder to make an argument for a lot of people that they should put themselves into the political maelstrom at what could come as a considerable cost to their families,” said Peverill Squire, professor of political science at the University of Missouri.

His research on how and why legislatures change over time has found a “greater diversity on a range of different dimensions” in recent years. In Oregon, for example, women held the majority of seats in the state’s House of Representatives for the first time in 2021.

“But that change,” he said, “is perhaps going to be more difficult to achieve in the future if, in fact, the compensation that often gets offered for legislative services is lagging behind what most people during their working years would need to support themselves and their families.”

When De la Cruz, a union sheet metal worker, leaves office, he said there will be no employed construction workers serving in the Connecticut General Assembly, never mind anyone who works as a cashier at Walmart or an attendant at a gas station. He contends it’s important to have those voices of “laymen” represented at the state Capitol.

“It’s a huge concern of mine,” de la Cruz said. “Regular folks, like regular working folks, they don’t see the value in other working folks up there for them … They don’t understand that my voice … is about as close to a voice that they’re going to have.”

Connecticut Rep. Bob Godfrey, a 17-term Democrat from Danbury who has proposed legislation increasing salaries for at least five years, recalled a plumber, manufacturing assembly line worker and a meter reader serving with him in the House during his early days. Godfrey, who relies on his legislative pay and Social Security to pay his bills, said he fears the lack of blue-collar workers “skews policymaking toward the affluent” in Connecticut.

In New Mexico, a Senate panel this year endorsed a proposed constitutional amendment to provide a salary to legislators who currently collect a daily stipend of approximately $165 during legislative sessions and for travel. Democratic Sen. Katie Duhigg of Albuquerque argued that a salary would “really expand the universe of people who are able to serve,” noting the legislature is “largely the rich and retired.” But action on the proposal was postponed indefinitely.

Earlier this year in Alaska, lawmakers rejected a plan that would have raised their annual base salary from $50,400 to $64,000. It hasn’t been changed since 2010. But the same proposal would have capped their daily $307 per diem for expenses like food and lodging at $100 and required receipts for claims. Some legislators complained $100 wouldn’t be enough to cover the cost of living in Juneau, the state’s capital, during session.

Sen. Mike Shower, a Republican from Wasilla, Alaska, raised concerns about the ramifications of low pay in a letter to the State Officers Compensation Commission, which proposed the revised salary and per diem plan.

“If there isn’t a good compensation package,” he wrote, “how do we get decent public servants who aren’t wealthy, retired or have the luxury of a spouse with a good enough job to support someone being a legislator?”