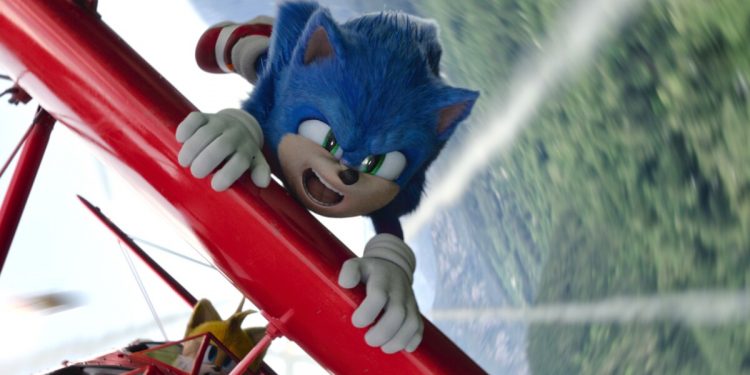 Paramount Pictures and Sega’s “Sonic the Hedgehog 2″ zoomed to the top of the domestic box office this weekend, launching at $71 million according to estimates from measurement firm Comscore. The animated film has shattered early box office projections, which maxed out around $60 million.

Demoted to second place was Sony and Marvel’s “Morbius,” which suffered a steep 74% drop in its sophomore weekend, adding $10.2 million for a North American cumulative of $57.1 million. Arriving in fourth place was Universal Pictures’ “Ambulance,” which opened to $8.8 million.

Directed by Jeff Fowler, the cartoon sequel fared significantly better than its predecessor, which debuted at $58 million domestically in February 2020. On review aggregation site Rotten Tomatoes, the second “Sonic” earned a middling 67% rating, but scored a glowing A grade from audiences polled by CinemaScore.

Helmed by Michael Bay, “Ambulance” is a remake of the 2005 Danish crime drama of the same name starring Jake Gyllenhaal, Yahya Abdul-Mateen II and Eiza González. The action flick posted a mediocre 69% on Rotten Tomatoes but drew a decent A-minus from audiences polled by CinemaScore.

Expanding to wide release this weekend was A24’s “Everything Everywhere All at Once,” which finished in sixth place and grossed $6.1 million for a North American cumulative of $8.4 million. Directed by Daniel Kwan and Daniel Scheinert, the zany sci-fi epic starring Michelle Yeoh, Stephanie Hsu, Ke Huy Quan, James Hong and Jamie Lee Curtis notched an excellent 97% on Rotten Tomatoes.

Opening wide next weekend is Warner Bros. “Fantastic Beasts: The Secrets of Dumbledore,” the latest installment in the “Harry Potter” spinoff franchise.