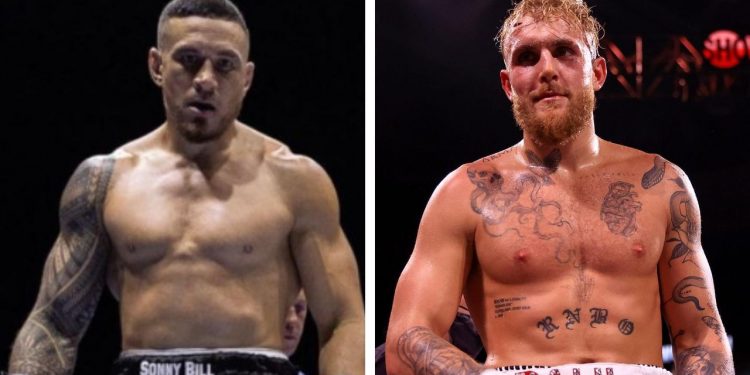 
Sonny Bill Williams has opened up about the prospect of fighting Jake Paul after getting called out by the American superstar on Friday.

Paul, the YouTube sensation who has turned his hand to boxing, suggested Williams was on a “hit list” of potential opponents as he weighs up who to fight next after knocking out UFC star Tyron Woodley in December.

Williams, fresh from flooring AFL great Barry Hall inside two minutes last month, cheekily suggested on social media a match-up in the ring would result in Paul suffering his “first loss” and the dual international elaborated further on the weekend.

“If he does decide to take that fight, he would have underestimated me quite a bit by watching old footage, old fights,” Williams told the Sun-Herald.

“I feel in the last six months I’ve improved tenfold, so it’s the confidence I have in my ability.

“It would probably be a catchweight fight, I’d probably have to drop under 100kg. I know he sits at around 95-96kg, so that could work.

“He’s a powerful athlete and I’m exactly the same, except a bigger version, a taller version, a longer-limbed version. I’m just as good on my feet, if not better than he is.”

Williams’ beatdown of Hall took him to 9-0 while Paul is undefeated across five fights and draws huge audiences whenever he steps foot in the ring.

Williams, who represented New Zealand in both rugby league and rugby union, said he’d “love” to fight in America if the opportunity arose and a clash with Paul would be “a world event”.

The football icon also respects Paul for the work he’s put into turning himself into a legitimate fighter.

“The beauty of this fight, if it is to come to fruition, is I respect how Jake Paul has gone about things in the boxing ring,” Williams told the Sun-Herald.

“You can see the improvements he’s made in the last three years, I actually rate his boxing skills and prowess in the ring.

“It would be a great fight if it happened, but at the same time I’ve got a lot of options out there as well.”