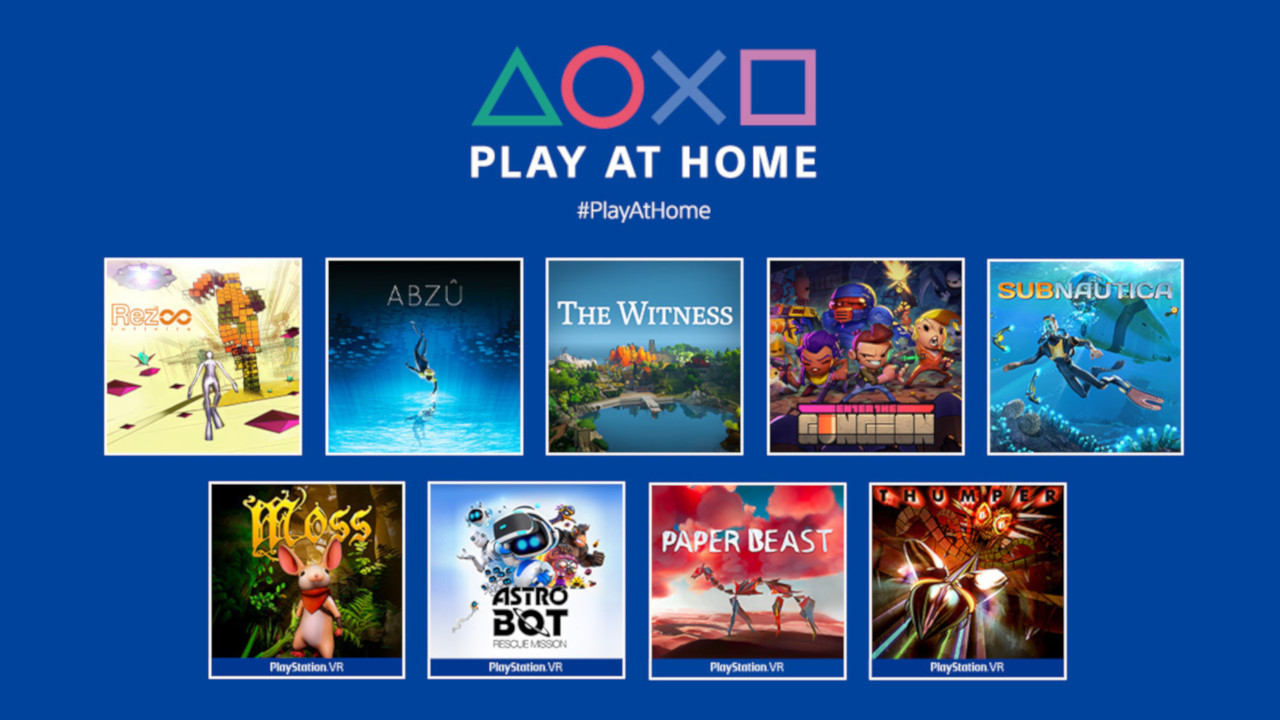 Sony has revealed that it will make an announcement about another Play At Home update soon, all but confirming another batch of free PS4 games are on the horizon.

The format holder dropped the news during its PlayStation Blog post about the availability of Horizon Zero Dawn for Play At Home, with Sid Shuman, SIE Content Communications’ senior director, commenting:

Thanks again to the community — and stay tuned, we’ll have another Play at Home update to share soon.

There’s no further details available at this point, but it doesn’t sound like we’ll be waiting long to find out more info. Sony’s Play At Home has given away a stack of great PS4 games so far this year, including Ratchet & Clank, Rez Infinite, Subnautica, The Witness, Astro Bot Rescue Mission, Moss, and more.

While the PS5 is obviously Sony’s main focus going forward, the company isn’t done with the PS4 yet. It previously said that the system will be supported for a good few years yet, and there’s still a bunch of first-party cross-generation games in the pipeline such as Horizon Forbidden West.