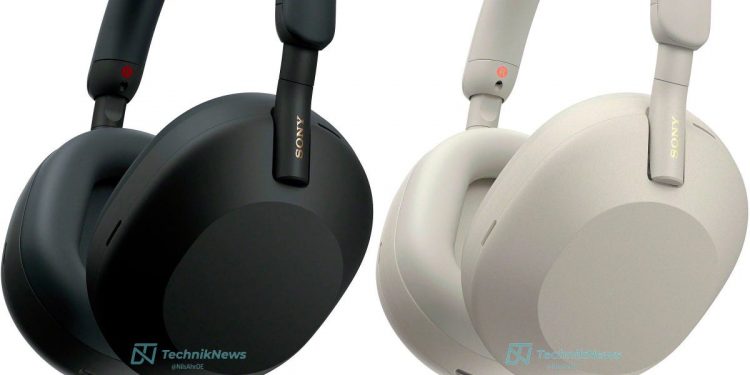 Sony’s WH-1000XM5 headphones are perhaps the most anticipated noise-canceling headphones of 2022, and a new leak claims to have revealed their new design and key specs.

TechnikNews out of Germany, citing an unnamed “retail source,” says the successor to the immensely popular WH-1000XM4 will feature a redesign and improvements to battery life, among other updates. If this leak is accurate—as always, be cautiously skeptical about these sorts of things—the WH-1000XM5 will get up to 40 hours of battery life, another 10 hours on top of the previous three models, putting it near the top of its class. Also, the 1000XM5 will supposedly fully recharge in 3.5 hours, or about 30 minutes longer than before—not a bad tradeoff for the extra juice.

Renders supposedly provided to TechnikNews reveal a more refined design, with the 1000XM5 sporting a sleeker profile than the 1000XM4, one that reminds me more of the Bose 700. As the renders show, thin arms now connect to the earcups and are separate from the headband. There also seems to be more padding on the earcups, which could make one of the most comfortable pair of headphones around even cushier. The new design certainly looks more modern, though I would have liked more color options beyond black and silver(ish).

The WH-1000XM5’s three microphones have supposedly been repositioned, and an NC/AMB button will replace the CUSTOM one. I assume most folks were using the CUSTOM button to switch between ANC and ambient modes anyway, so this change is more about clearing up any ambiguity. The 1000XM5 headphones are also said to feature new drivers and two processors for managing noise cancellation, to go along with the larger battery.

The WH-1000XM5 headphones are poised to be one of the most significant headphone releases of the year. For context, buying noise-canceling headphones pre-2016 used to be easy, with everyone simply purchasing the latest Bose QuietComfort model and enjoying their class-leading noise cancellation and great sound quality. Then Sony released the MDR-1000X, and everything changed. Finally, Bose had a challenger.

Since then, Sony has released one critically acclaimed and commercially successful pair of noise-canceling headphones after the next, and at some point, even topped Bose. Now everyone wants in on the party, and Sony finds itself in the unenviable position of defending the throne against the likes of the Apple AirPods Max and the Bose 700.

That’s where the WH-1000XM5 come in, and we won’t have to wait much longer to see how these cans stack up. While we don’t have a firm release date, the XM5 was unearthed in FCC documents a few months back, suggesting an imminent release.