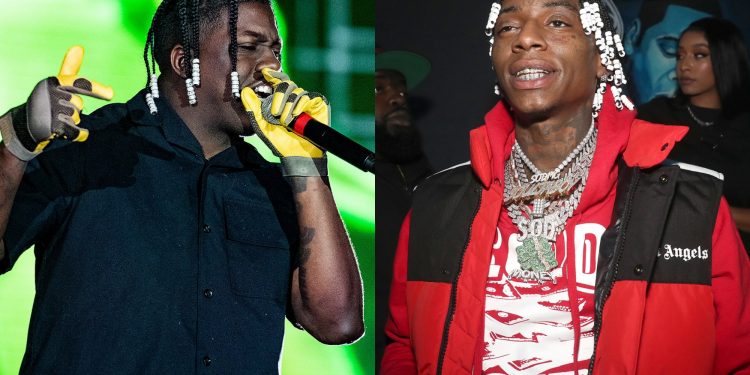 
Rappers Soulja Boy and Lil Yachty, and YouTube personality Jake Paul, are among the defendants in a class action lawsuit over an alleged cryptocurrency “pump and dump” scheme.

As reported by ClassAction.org, a lawsuit claims that Soulja, Yachty and Paul, as well as musician Nick Carter and YouTuber Ben Phillips, were recruited by the company SafeMoon to misleadingly promote and sell the cryptocurrency token ‘V1’.

It is alleged that the endorsements were intended to artificially inflate the currency’s value, allowing founder and CEO Braden John Karony and other executives to sell their holdings for a profit while numbers were high.

The suit says that the so-called ‘pump and dump’ strategy saw the value of the SafeMoon token rise “astronomically” after its creation in March 2021. It claims that the trading volume for SafeMoon tokens shot up a staggering 875 percent within nine days of the celebrity-driven marketing campaign, peaking at $191.6 million on April 22, according to the complaint.

Central to the lawsuit is SafeMoon’s promise to create a designated ‘wallet’, in which investors would “have a better place” to hold their tokens. Repeated promises of the wallet allegedly helped to stabilise the cryptocurency’s value. However, when the wallet did not appear as promised on August 28, the token’s value plummeted.

By the end of the year, the value had bottomed out. “On Dec. 31, 2021, the price of the SafeMoon Token hit a low of $0.0000006521 per token, an over 80 percent drop from its height during the Class Period, which it has not been able to recover,” the lawsuit reads. “As of the filing of this Complaint, the trading volume for the SafeMoon Token has plummeted to around only $60,000.”

During the build-up to the failed release of the ‘wallet’, Hank Wyatt resigned as chief technology officer. The suit alleges Wyatt “knew or should have known” about the wallet’s failed launch.

NME has reached out to representatives for SafeMoon, Lil Yachty, Soulja Boy, Nick Carter, and Ben Phillips for comment.