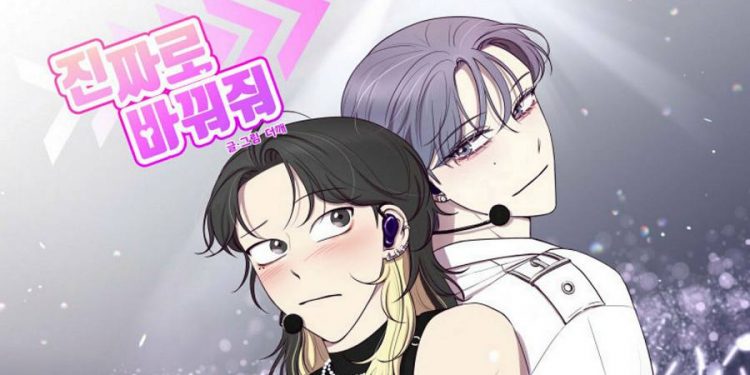 
Shin Gyu-seub, a South Korean software engineer, has long been a heavy consumer of online content, including web comics and web novels. But he was often frustrated by the lack of quality available.

So, in 2015, aged 31, he set out to solve this problem by creating Postype: a platform for webtoons, or digital comics, and web novels. It allows artists and writers to create and share their own content. “It is a content open market platform,” says Shin, now the company’s chief executive. “Anyone from amateurs to professionals can upload their online content here and make money.”

Although Postype is smaller than the two leading local platforms — Naver Webtoon and Kakao Webtoon, it has become a preferred channel for many novice webtoon writers as the platform does not screen their work, which helps to create a much more diverse range of writers and content.

Any writer can upload their work for free on Postype without signing a contract, and charge their readers a fee. On other platforms, normally only contracted writers get paid. Postype’s model helps creators get funding for their work and build up a fan base. The platform now has 4.8mn monthly active users — about 14 per cent of them outside South Korea. More than 330,000 writers are currently uploading their work on the platform, which takes 10 per cent of each writer’s income as commission.

“I tried to enter the two bigger platforms in vain,” says Jeong Jin-sil, a writer for The Sisters of Karamazova popular webtoon on Postype. It is a page-flipping black and white format, she explains, whereas big platforms tend to prefer them to be scroll-down and in colour. “With Postype, I can experiment more freely, sticking to my taste, regardless of industry fads.”

Postype’s growing popularity has taken it to 108th place in this year’s FT ranking of high-growth Asia-Pacific companies. It secured its place with a compound annual growth rate in revenue of 92 per cent between 2017 and 2020, which pushed the total to $2.9mn.

More stories from this report

Webtoons remain unknown to many outside Korea and Japan, but Korean companies specialising in the art form are rapidly expanding beyond Asia. South Korea’s webtoon market grew by 65 per cent in 2020, to reach Won1.05tn ($0.85bn), according to the state-run Korea Creative Content Agency.

Webtoons are attracting increasing interest as a source of inspiration for the entertainment industry, with South Korean webtoon-based dramas such as All of Us Are Dead, Hellbound and Sweet Home becoming global hits on Netflix. As a smaller platform, Postype has not yet had any of its content adapted for TV or film, but Shin hopes the company’s most popular webtoons will soon be picked up by streaming services and film studios.

“Once we have a meaningful deal, it will provide us with a big opportunity for growth,” Shin says. “Film and drama producers can use already proven stories, significantly reducing their production risks.”

Postype has secured the intellectual property rights for most of its Korean-specific digital comics. It also made an audio drama based on Namfan Manwhaa popular webtoon that reached 9.5mn views, and is developing Make it Reala romance story.

Shin believes the success of webtoon-inspired TV series will also bring new international readers to his platform. The company is exploring ways to enter foreign markets such as Japan and North America next year and considering taking translated, tailored versions of its most popular webtoons to those markets.

“I’d like to see our writers’ ability get recognised on the global stage,” says Shin. “I am confident that successful titles in South Korea can also be successful abroad.”

South Korea has 51 companies in the ranking. These include second-ranked PCL, a multiplex immunodiagnostic company, and third-ranked Spolive, an app providing real-time sports commentary. Both have a compound annual growth rate of more than 350 per cent.

PCL specialises in developing and manufacturing in vitro devices for immunological diagnosis. It commercialised the world’s first high-risk viral blood screening multiplex immunodiagnostic product for Aids, hepatitis B and hepatitis C. The business has since benefited from surging demand for ­Covid-19 test kits, and developed the world’s first saliva-based rapid antigen test kit, which now accounts for 90 per cent of the company’s sales. It has exported test kits worth Won100bn ($82mn) to 70 countries over the past two years.

“We have grown rapidly with Covid,” says PCL’s chief executive Kim So-youn. “Now that our sales networks are established, we expect sales for other diagnostic products to increase.”

Postype’s Shin is equally optimistic about future growth prospects for the webtoon industry. He says Generation Z — roughly, people born after 1995 — are the industry’s main target audience and are willing to spend for their favourite online content. Gross merchandise volume, a metric for the amount of money spent by users within the platform, jumped 75 per cent to Won23bn last year and is expected to increase to more than Won30bn this year.

“The main users in their teens and early 20s will spend much more once they start making money,” predicts Shin. “Webtoons will be the key for future content creation and we want to become a major player.”

HEALTH NOTES: Bottle ‘as good as breast’ for baby bonding