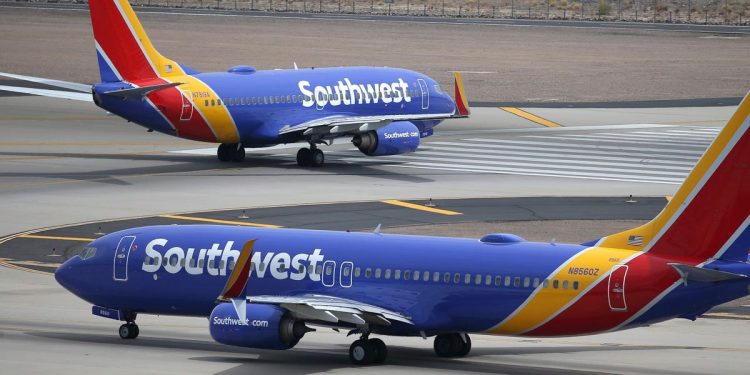 
Southwest Airlines announced it will resume alcohol sales on its planes this month after a hiatus of almost two years, but a flight attendants’ union is reportedly unhappy with the reversal.

The carrier said in a statement Thursday that it will start offering booze again to customers from February 16 after it halted its in-flight alcohol service in 2020 because of the COVID-19 pandemic.

The beverages on offer will include wine, beers, vodka, rum, and other liqueurs priced between $6 and $7, Southwest said.

Southwest first paused alcohol sales on board its planes in March 2020 to reduce contact between staff and passengers amid the pandemic. The airline retained the ban after a rise in the number of unruly passengers on planes.

TWU Local 556, the union which represents Southwest’s flight attendants, told CNBC that the resumption of alcohol sales on board was “unsafe and irresponsible.”

Lyn Montgomery, president of TWU Local 556, told Insider in January that alcohol sales shouldn’t resume while the federal mask mandate is in place because “customer non-compliance and misconduct issues” could increase.

Insider has reached out to TWU Local 556 for comment on Southwest’s confirmed date of the alcohol comeback.

As well as alcoholic beverages, Southwest said it will add more soft drinks, such as Coke Zero, hot cocoa, and apple juice to its menu from February 16.

Biden says US has to come together to end gun violence

Biden says US has to come together to end gun violence