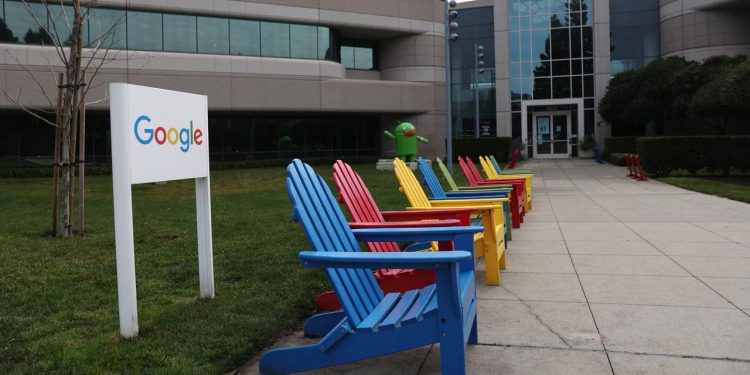 
U.S. stocks ended Wednesday near session highs, building on recent gains for equities as investors look to a big slate of earnings on deck from the communications and technology sectors.

Investors continued on a stock buying streak Wednesday, with the S&P 500 leading major equity benchmarks to a fourth straight session of gains, as investors awaited a barrage of quarterly results from some of the biggest companies in technology and tech-related sectors of the market.

Investors cheered upbeat quarterly results from Alphabet,
GOOGL,
,
which is labeled communication services, and accounts for about 4% of the Nasdaq-100 and 2% of the S&P 500 by weight, and its decision for a stock split. The company’s stock trimmed strong 10% premarket gains, a level that would have lifted the company to a $2 trillion valuation, to end up 7.5%.

The Google parent’s results raised the bar for social-media giant Meta Platforms
FB,
,
formerly known as Facebook Inc., which reports results after Wednesday’s close. It will be joined by Spotify Technology S.A
SPOT,

which plans to add content warnings after rock icon Neil Young and others pulled music from the streaming-music service, citing its spread of disinformation.

Investors have been monitoring a string of recent gains for the stock market, including a reprieve for high valuation and growth stocks that endured a brutal start to the year, in part on expectations of tighter financial conditions from the Federal Reserve.

“We’ve had this bounce that people expected,” said Patrick Kaser, Brandywine Global Investment Management’s head of fundamental equity team, in a phone interview. “People have been trained lately that markets never go down for long, so you might as well buy the dip.

“But I think that ignores a lot of the risk out there,” Kaser said, pointing both to a plans for higher interest rates this year, and “stealth” rate increases through the Fed’s anticipated reduction of its near $9 trillion balance sheet.

“We still think there are a lot of overvalued stocks in the market,” he said, adding that there’s “plenty of richly valued companies” pegged by investors as “disrupters” that could still see 50% or more of downside.

Investors also were parsing an employment report from ADP that showed a sharp, unexpected reduction in private-sector payrolls for January, as the omicron variant of the coronavirus delayed hiring plans. The reading comes ahead of Friday’s closely watched U.S. Labor Department jobs report for January. However, ADP readings don’t always align with the Labor Department’s NFP report.

Sentiment on Wall Street has been swinging between concern over Fed monetary policy tightening and confidence in the economic recovery, resulting in volatile trading to start the year. A healthy corporate earnings outlook is helping to ease the uncertainty though. Of the 200 S&P 500 companies that have reported results so far, 80% have met or beaten estimates.

Oil markets also were in focus, with powerful winter storms threatening states from Maine to Texas with freezing temperatures, ice and snow. Texas Gov. Greg Abbott said there were no guarantees power will stay on all winter, as the first anniversary of the state’s deadly power outages nears.

The Organization of the Petroleum Exporting Countries and its allies, a group known as OPEC+, stuck to a plan to increase production by 400,000 barrels a day each month. Oil has rallied in part due to the inability of OPEC+ members to meet previously raised production quotas, analysts noted.

In One Chart: Why OPEC+ can’t hit its oil production targets—and what it could do about it

Investors also continued to monitor tensions between the U.S. and Russia over Ukraine. President Joe Biden has said he won’t put American troops in Ukraine, but a senior administration official said Wednesday that more U.S. troops are being sent to Europe. Western officials say Russia has massed more than 100,000 troops near Ukraine border while diplomatic talks have yet to make a breakthrough.

Russia supplies Europe with about a third of its energy and represents “a major producer of grains, ammonia, aluminum, nickel, palladium, and platinum,” Anu Gaggar, global investment strategist at Commonwealth Financial Network, wrote in a client note Wednesday.

How are other assets perform?