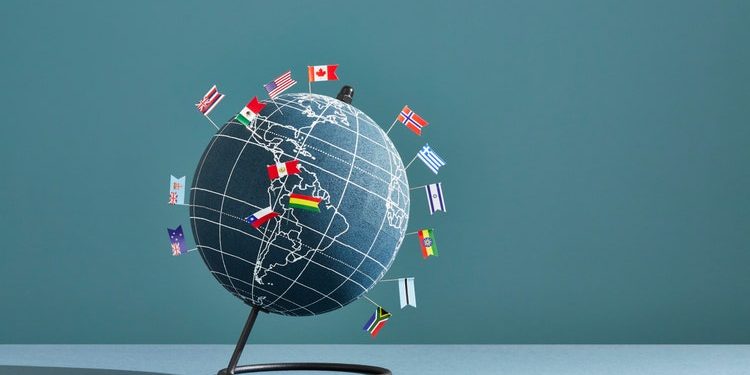 
Regular readers of my content will be well aware of my outlook on U.S. stocks due to extreme valuation levels. For those investors who like the idea of buying and holding for the long term, international stocks are likely to dramatically outperform over the coming years. The SPDR Developed World ex-US ETF (SPDW) offers a well-diversified portfolio of international stocks, with much stronger long-term return prospects due to valuation mean reversion.

The SPDW tracks the performance of the S&P Developed Ex-U.S. index. The ETF is heavily weighted towards Japanese stocks, which have a 21% weighting, while the U.K. comes in second with a 13% weighting. From a sector perspective, financials dominate with an 18% weighting, which is significantly higher than the S&P 500’s 10%. That said, the index is extremely well diversified with no single company making up more than 1.5% of the entire portfolio.

The distribution yield is currently 3.15%, although the underlying index yield is lower at 2.52%, with the difference reflecting the timing of dividend payments. We should expect the SPDW’s distribution yield to fall accordingly over the coming months, but even then it is likely to remain at more than double the SPX, ignoring any future price changes. Another attractive feature of the ETF is its low expense ratio of just 0.04%.

Valuation Mean Reversion Should Be Expected

The SPDW trades anywhere between around 30% and 60% below the SPX depending on the valuation metric one chooses. The table below shows the percentage discount using the most common valuation metrics.

Taking an average, the SPDW is trading almost 50% below the SPX. In theory, if valuations were to mean revert, the SPDW could rise by almost 100% relative to the S&P 500.

The P/E ratio represents the most modest gauge of SPDW undervaluation, which reflects the fact that S&P 500 profit margins are considerably elevated relative to their own history. I strongly believe that the U.S.’ extraordinary rates of profitability will decline over the coming years as the fiscal deficit narrows and the national savings rate remains depressed.

To elaborate, on an economy-wide level, elevated profit margins result from three main factors; high national savings rates, low personal savings rates, or large fiscal deficits. The reason being that profits are simply one form of the increase in wealth created over a given period, with the others being fiscal savings and personal savings. Elevated U.S. profit margins are elevated despite low levels of aggregate savings due to the combined savings of the fiscal and personal sectors being deeply depressed. This represents a highly unstable equilibrium and profit margins are highly likely to mean revert downwards over the coming years.

In contrast, profit margins in the rest of the world are in line with long-term averages and this is reflected in the SPDW’s 7.5% net margin figure versus the S&P 500’s 12.4%. This is despite the fact that the average savings rates in the countries on the index are significantly higher than that of the U.S., suggesting there is scope for profit margins to rise. All this implies that the current P/E discount of 29.4% understates the extent of the SPDW’s undervaluation.

International Growth Outlook No Weaker Than The U.S.

If we assume that valuations will mean revert as I expect, then the SPDW will outperform the S&P 500 significantly unless U.S. corporate sales can outstrip the rest of the world. If we take the current dividend yield differential between the S&P Developed Ex-U.S and the S&P 500 of roughly 1.2 percentage points, this means that U.S. dividends would have to grow 1.2pp faster than the rest of the world indefinitely. However, there is no reason to expect this to be the case as U.S. labour force growth turns negative and productivity growth is hampered by ongoing declines in economic freedom and higher levels of government spending.

The U.S. also faces the added headwind of being by far the most externally indebted major country. Should foreign investors reduce their willingness to fund the U.S.’s current account deficit, the dollar would have to weaken significantly in order for exports to rise and prevent the need for a contraction in imports to undermine investment growth. This is not a forecast but a risk that U.S. assets face given the excesses that have built up over the past few decades.

The S&P Developed Ex-U.S offers a far superior alternative to the S&P 500 for those looking to buy and hold for the long term. While the index is not cheap, it trades roughly in line with its historical average while the S&P 500 is significantly overvalued. Even partial valuation mean reversion would be enough to generate double-digit outperformance over the coming years. The high degree of diversification and low expense ratio add to the appeal of the SPDW.