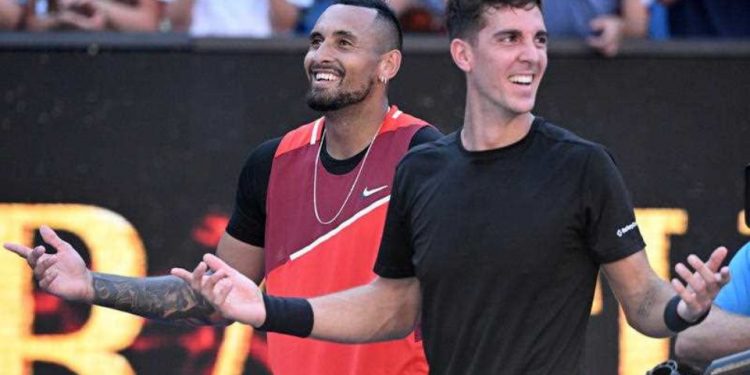 
Nick Kyrgios and Thanasi Kokkinakis are just a set away from securing a spot in the Australian Open men’s doubles final.

The pair secured the first set against third seeds Horacio Zeballos and Marcel Granollers in the heat in Melbourne on Thursday afternoon only after a thrilling tiebreaker, prevailing 7(7)-6(4).

Kokkinakis had previously encouraged the crowd to “sink p—” before showing up to their semi-finals clash. The vocal crowd at Rod Laver Arena did not disappoint.

The scene was set at the close of the first point, when Kyrgios egged on the fans, urging them to raise their volume.

There was rarely a moment of silence on court, with the boisterous audience throwing in its two cents at every opportunity.

“Thank you to the guy at the top. We hear you. Please keep it clean and fair. Thank you.”

Everything seems to be going to plan so far for the unconventional duo, not dropping a service game in the opening set.