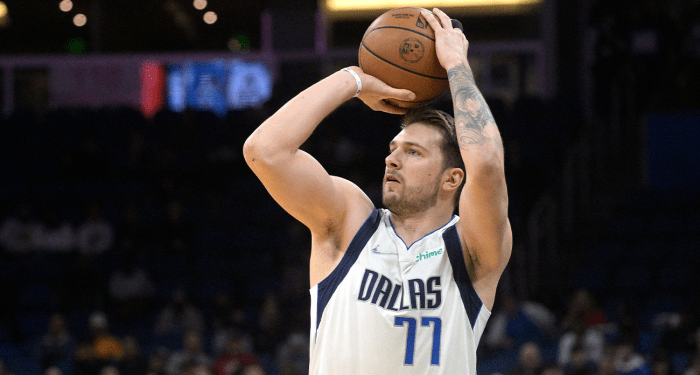 
Thursday night’s NBA slate features two pairs of teams well-acquainted with one another in the postseason. The Clippers head to Texas for their third meeting of the season with the Mavericks—the series is tied 1-1, and these teams play again on Saturday. And in the desert, the Suns will host the Bucks, the first rematch between last year’s NBA Finals teams. Phoenix owns the best record in the league, and Milwaukee is just a half-game out of first in the East. This is a clash between two of the league’s best teams who could very well face off in back-to-back Finals.

L.A. dropped its last two games to the Bucks and Grizzlies by 20-plus points each. The Clippers’ typically respectable defense allowed 135 and 137 points in those two games. New acquisition Norman Powell has already made his presence felt on offense, averaging 22 PPG in two games with his new team after being traded.

Dallas enters riding a three-game winning streak, including wins over the 76ers and Hawks. With Kristaps Porzingis having missed the last five games, Luka Doncic’s scoring and assists have gone up. The Mavericks are quietly threatening the Jazz for a top-four seed in the Western Conference.

Dallas is 8-2 in its last 10 games at home and 19-10 at home overall. The Clippers, meanwhile, are 4-6 in their last 10 games away from Los Angeles and are just 11-16 in road games this season. L.A. has failed to cover in its last four games, though the team did cover the previous four. Dallas hasn’t fared especially well when giving five or more points as of late, but I’m encouraged by their recent play at home, specifically Doncic’s performances. That, combined with the Clippers’ recent defensive lapses, makes me even more confident in the Mavericks at home.

Mavericks games go under at the lowest rate in the NBA. And Clippers games, with their bottom 10 offense and middling defense, hit the over just under half the time. I think Dallas’ defense will be the superior unit in this matchup and should keep the Clippers in check. The Mavericks kept their previous three opponents under 100 points, and despite Doncic’s high-scoring, high assist totals, Dallas hasn’t been putting up high final scores. Give me the under in this rematch of two common playoff foes.

With Porzingis and Tim Hardaway Jr. out, more scoring responsibilities have fallen on Brunson. So far, he’s delivered. He’s had 20-plus points in three of four games this month and had 19 in the only game he failed to hit that mark. It’s a small sample size, but he’s averaging a season-high 14.5 shots per game this month and fired up 18 shots a few games ago, his most attempts in a month. Brunson will benefit from L.A.’s focus on Doncic and will get plenty of secondary scoring opportunities.

The LA Clippers are shorthanded and are entering this matchup allowing an average of 136 points over their last two games and losing by a total of 50 points combined in those two games. Luka Doncic has been firing on all cylinders since not receiving a single All-Star starter vote with averages of 31.3 points, 9.0 rebounds, and 11.7 assists while shooting 49.6 percent from the floor and 40.8 percent from beyond the arc. With Kristaps Porzingis sidelined, he has a secondary ball-handler, a pair of 3-and-D wings, and lob threats at the five—creating the perfect regular season supporting cast to bring the best out of Doncic and the offense as a whole.

It will likely take the Dallas Mavericks shouldering the load in this respect, but there should be plenty of scoring for the reasons previously mentioned. There will be plenty of open looks created by Doncic for his shooters, and he will get favorable opportunities in the paint himself. Will the Mavericks’ spot-up shooters be knocking those shots down? Will Doncic’s stepback be falling? While that remains to be seen, if those factors were going in our favor, the ceiling of Dallas’s scoring output likely would be strong enough to push the scoring total to the over. Keep in mind Dallas is averaging 113.3 points per game and is shooting 48.0 percent from the floor and 40.7 percent from the perimeter over the last six games.

The LA Clippers will emphasize slowing down Luka Doncic, and as a result, there will be clean looks for his teammates. Lately, Jalen Brunson has benefited as an off-ball threat as defenses have loaded up on Doncic—resulting in catch-and-shoot looks that he’s been knocking them down at a strong clip lately. There’s some risk here since Brunson isn’t a high-volume perimeter shooter, but he’s shooting 45.5 percent from beyond the arc over the last six games and dropped in a pair of makes in Wednesday’s win over the Detroit Pistons. If the volume of looks is there, the odds are favorable enough to take a chance on this prop.

Milwaukee is 3-0 on its current west coast road trip and has won its last four overall. This is the first rematch of the season between last season’s NBA Finals teams, and both are playing excellent basketball. The Bucks are fresh off a blowout win against the Lakers on Tuesday and have scored 130-plus in three straight games.

Phoenix scored a hard-fought road victory in Philadelphia on Tuesday behind Devin Booker’s 35 points. The Suns are winners of three in a row and have only lost two games in the new year. Devin Booker’s consistent scoring, Chris Paul’s elite playmaking and Deandre Ayton’s return to the lineup have propelled Phoenix over the last few weeks.

I picked the Bucks to win the title yesterday, and if they’re going to do so, they need to win—or at least keep close and cover—games like this. Based on their recent performances and their position at the top of their conference, I think Milwaukee is more than capable of going into a hostile environment against the league’s best team and holding their own. After all, the Bucks are the defending champs. It’s been weeks since Milwaukee was an underdog—it’s only happened 11 times all season—but I’m confident the Bucks, fresh off another offensive clinic, will keep this game close.

I keep hammering how great Milwaukee has been on offense, but those games against the Trail Blazers, Clippers and Lakers don’t exactly hold up to Phoenix’s defensive prowess. With the Point God running the show, I think the Suns can slow this game down a bit and keep the Bucks’ high-flying offense from going on any big runs. There’s never going to be an answer for Antetokounmpo, but I think Phoenix is as well equipped as any team to take the wind out of Milwaukee’s sails and keep this game from getting into the 120-point range.

I was tempted to go over on Antetokounmpo’s point and assist totals, so instead, I just combined them. He went over this combined total on points alone (44) last time out, and he’s had five or more assists in four straight games. His season averages are 29.2 PPG and 6 assists per game, putting him right under this prop. But I think he gets up for this rematch against the Suns and scores and distributes at will.

This is a must-watch game. The Bucks are hitting their stride, while the Suns just may be the best team in the NBA. This feels like a game that should come down to one or two possessions, and I’m going to go with the defending champions getting points since I believe they can outright win this game. Today’s trade could also give the team a jolt for this matchup.

Both teams have the under hit in most games, and I expect this game to be tightly contested. Yes, the Bucks have been incredible on offense recently. But they haven’t played anyone like the Suns. I’m predicting these teams keep it in the low 100s.

Giannis has failed to clear this total in three of his last nine games and scored 26, 28 and 29 points, respectively, in those games. This feels like a game where he’ll play at an elite level in a potential Finals showdown. Let’s back the over here.