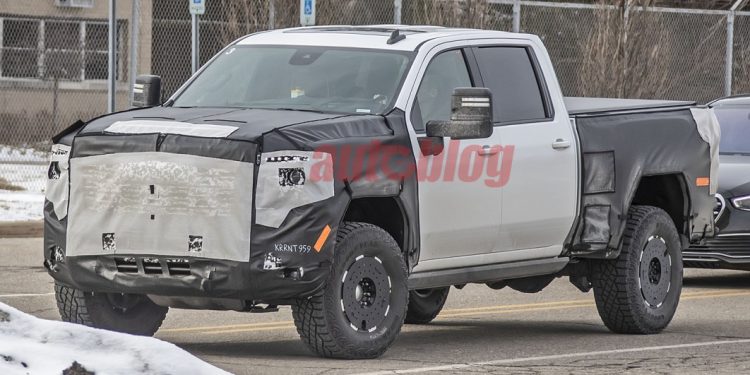 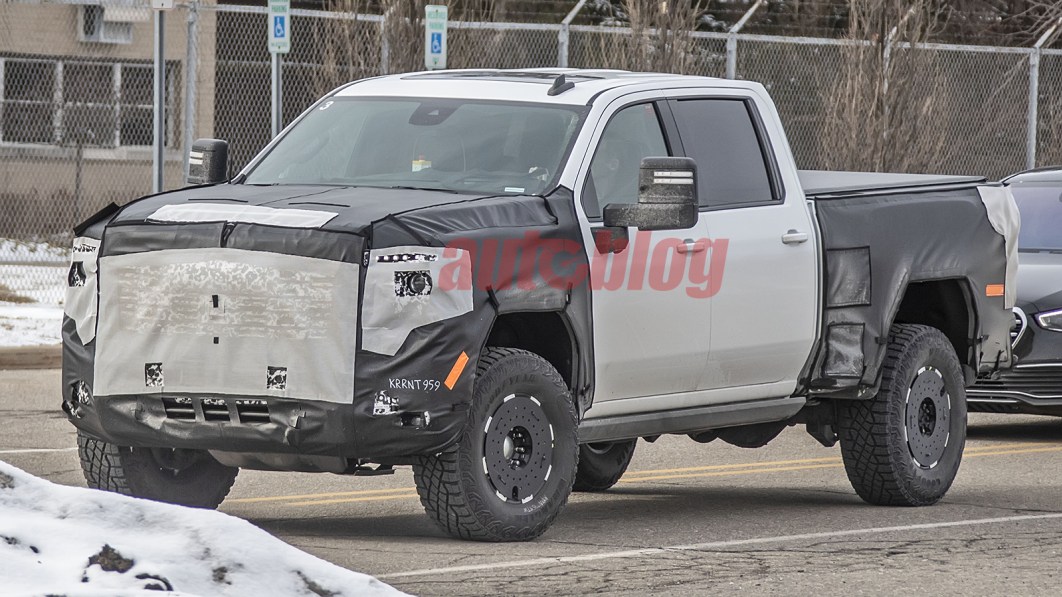 Ford has the Super Duty Tremor. Ram has the Power Wagon. GM doesn’t yet have a really serious heavy duty pickup off-roader, but these spy shots suggest that may be changing. They show a GMC Sierra HD with plenty of height, chunky tires and a prominent skid plate. We suspect it may be an AT4X trim, to slot above the somewhat trail-oriented AT4 already on sale.

Despite the heavy camouflage on each end, we can see right away that this GMC has a new front bumper that’s turned up at each end, likely to leave some space for getting tires up to obstacles. There doesn’t appear to be the air dam that shows up on all other Sierra HD models, either. Under the front end is a very prominent skid plate.

Other interesting aspects include the tires. They appear to be the same model of Goodyear Wranglers used on the Chevy Silverado 1500 ZR2, and not the ones currently in use on the Sierra HD AT4. Also, this extra rugged Sierra features a huge exhaust tip, which seems to confirm the Duramax turbodiesel V8 will be available, probably as an option over the gas V8. This is noteworthy since the Ram Power Wagon is only available with a gas engine. Of course the Ford Super Duty Tremor is available with both gas and diesel engines.

The regular Sierra 1500 AT4X was only just revealed last October for the 2022 model year. So we would expect that this heavy duty version would make an appearance for either the 2023 or 2024 model year of the model. It could accompany a light refresh of the truck, again similar to the lighter duty model. We expect it will also feature some additional suspension and drivetrain upgrades to help it compete with the Ford and Ram off-roaders.