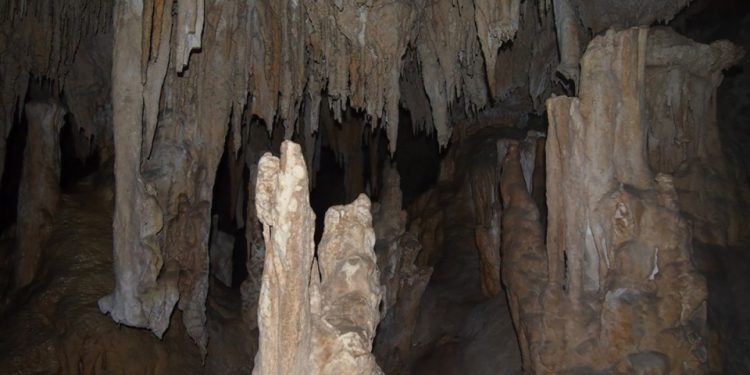 Australian researchers have for the first time analysed a stalagmite to learn more about the nation’s historic fires.

The stalagmite, extracted from the Yonderup cave in Western Australia, revealed Australian fires have been less frequent but more intense since European settlement.

Dr Liza McDonough, the lead author of the Australian study, said the largest fire recorded in the stalagmite was in 1897.

The blaze coincided with a decades-long dry period known as the Australian Federation drought.

“The intensity of this fire was likely caused, at least partially, by these dry conditions,” the Australian Nuclear Science and Technology Organisation researcher said.

“We also know that this occurred a few decades after Indigenous cultural burning would have been suppressed by Europeans, so the fire was also probably exacerbated by a build-up of understorey vegetation.”

Dr McDonough and researchers from UNSW made the findings through analysing the stalagmite’s composition – the variation in its elements and the order in which they were laid down.

“Nutrients such as phosphorus and trace metals are found in bushfire ash and, in theory, can dissolve into waters that eventually infiltrate underground caves,” Dr McDonough said.

“Our research provides the first evidence that water containing high concentrations of these dissolved ash-derived elements can also alter the chemistry of a stalagmite and result in the preservation of signals from past fire events.”

She said the new technique of analysing stalagmites could help with climate change research.

“Further investigation of the combined climate and fire records captured in stalagmites will allow us to understand the climatic conditions.”