Star Trek: Prodigy’s Next Batch of Episodes Will Be “Like The Fugitive” 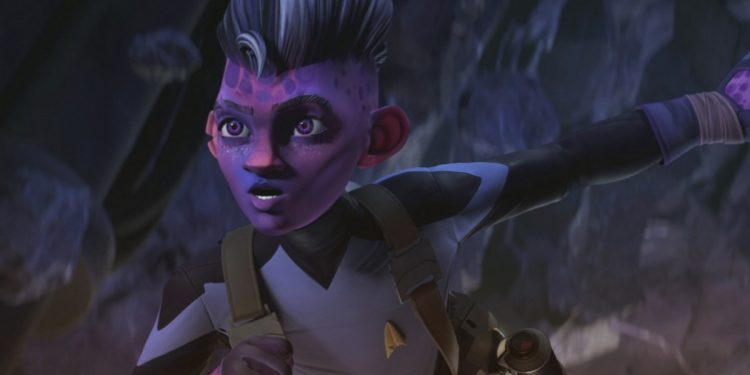 
Kevin Hageman teases that the look of Admiral Janeway in that final scene was meant to be a step towards her alternate future appearance from the Voyager finale, ‘Endgame.’ In that episode Future Janeway’s hair was graying but in Prodigy she only has a streak of it. She also sports the “future” communicator that was seen in ‘Endgame.’

The other big plot left unresolved was Gwyn’s revelation that the Protostar will cause untold destruction to Starfleet if they come into contact with another Starfleet vessel… but this knowledge was erased from her memory. The Hageman’s saw this as a way to create a ticking time bomb for both the Protostar crew and the show itself. The audience badly wants the crew to get to Starfleet but the characters don’t know the horrible things that could happen if they do. That tension will be “powerful.”

As for what will happen to Dal, Gwyn, and the others, Dan Hageman will only say that after 10 episodes they’ve now gotten under the skin of these characters and can now test them in greater ways and make them grow.

Kevin Hageman however is willing to hint that when they were first brainstorming this batch of episodes they wanted to hit what he calls a “greatest hits” of Star Trek stories and that more are coming.

“We wanted to make sure we’re hitting very classic (episode types), like a holodeck episode. There’s still a lot of greatest hits of Star Trek that we have yet to scratch that we’re going to be doing next time”