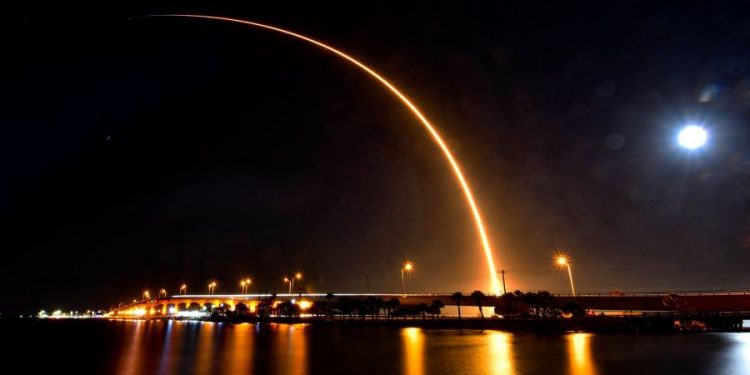 
Rivals of Elon Musk’s Starlink might be dismissed as jealous or downright anti-competitive when they object to SpaceX’s plan to launch 30,000 more satellites into orbit for its space-based broadband service.

It is not so easy to dismiss warnings from Nasa, one of SpaceX’s most loyal customers.

Two weeks ago the US space agency wrote to the Federal Communications Commission outlining concerns about SpaceX’s plans for a second generation of satellites to add to the 12,000 already licensed. These range from the substantially heightened risk of collisions, adding to an already growing cloud of space debris, to the fact that so many Starlink satellites would make it harder to detect a “potentially catastrophic” asteroid strike on earth.

According to Nasa, SpaceX’s proposals would leave a satellite streak in every asteroid survey image “rendering portions of images unusable”.

This is not the first time that Nasa has raised concerns over the rapidly growing population of satellites in low earth orbit — the region up to 2,000 kms above earth. In October 2020 it responded to proposals from Texas-based AST & Science for 243 satellites to deliver a space-based cellular phone service. Nasa argued that AST’s altitude should be changed to safeguard the agency’s assets and missions.

But the letter responding to SpaceX’s application is unusual, according to people familiar with Nasa’s position. It appears to back up complaints by rivals such as Viasat, OneWeb and Amazon’s Project Kuiper, which cite risks to the launch or operation of other space services from the rapid expansion of Starlink’s network.

For example, Nasa dismisses SpaceX’s assertion that collision risk with large objects is zero because each spacecraft can manoeuvre autonomously. That assumption “lacks statistical substantiation,” says the agency, especially at the scale planned by SpaceX. Satellite operators have frequently complained about a lack of transparency regarding Starlink’s automated collision avoidance, a technology which is still relatively untested.

Nasa also validates concerns about rapidly diminishing launch opportunities. It points out that SpaceX’s plans will put 20,000 more satellites in the 328kms-360km altitude range, normally the staging post for vehicles visiting the International Space Station. This “could result in the potential loss of launch/entry opportunities”, affecting science and the use of ISS.

SpaceX and Nasa did not reply to requests for comment.

Musk has dismissed concerns that space is getting too congested. In an interview in the Financial Times last year he said “tens of billions” of satellites could operate successfully in low earth orbit, and compared Starlink to “a couple of thousand of cars on Earth — it’s nothing”.

But Nasa does not agree with him. It now wants concrete proof that SpaceX’s promises on collision avoidance and space safety can be delivered, at a scale never before attempted. It wants detailed studies of how Starlink launches affect others, and more information on the technology behind the Gen2 satellites and on orbital spacing plans before the FCC agrees to SpaceX’s request.

Nasa’s Samantha Fonder, the author, leaves little doubt about the agency’s concerns over SpaceX’s approach to expansion. In a pointed sign-off, she suggests Nasa’s handbook of best practice for assessing collision risk and avoidance could be “a resource for SpaceX”.

To be fair, SpaceX has deliberately placed its satellites in the lower reaches of low earth orbit so they deorbit and burn up in the earth’s atmosphere more quickly than those at higher altitudes. This reduces the chances of adding to the growing debris crisis. It is also trying to reduce the reflection of its spacecraft, which distorts astronomical research from earth. And it is not the only company planning a mega constellation.

But there are still no internationally agreed “rules of the road” for space traffic management. So what the US regulator requires of Starlink will be watched by others. Rwanda wants to license more than 300,000 satellites in low earth orbit. Such a free-for-all is simply not sustainable.

The FCC is not obliged to heed Nasa’s requests for greater caution in greenlighting Musk’s plans. But it would be foolish for any regulator to shrug off Nasa’s concerns. Having helped boost SpaceX’s success, the agency is now signalling it is time for greater scrutiny over space exploitation. Establishing sustainable practices is just as urgent there as it is here on earth.

BARNEY CALMAN: Why I’m hoping to CATCH Covid – and boost my immune system