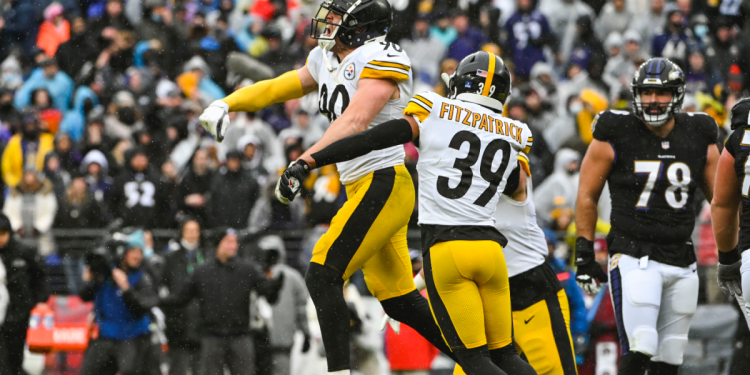 As his team faces another challenging schedule, Pittsburgh coach Mike Tomlin is keeping the Steelers’ sights set on pursuing the franchise’s seventh Vince Lombardi Trophy. If they want to make a Super Bowl run, Pittsburgh will first have to get through a competitive AFC North division that includes the defending AFC champion Cincinnati Bengals.

Through free agency and the draft, Pittsburgh has added to a roster that already includes Defensive Player of the Year T.J. Watt, fellow 2021 All-Pro Cameron Heyward, two-time All-Pro Minkah Fitzpatrick, Pro Bowl receiver Diontae Johnson, former Pro Bowl kicker Chris Boswell, running back Najee Harris, and tight end Pat Freiermuth, among others. These players each played an integral role in the Steelers making the playoffs in 2021 while also extending Tomlin’s record of 15 consecutive non-losing seasons to begin his coaching career.

Caesars Sportsbook has the Steelers’ Over/Under set at 7.5 games, a 1.5 game dip from the previous season. Below, you can check out my week-by-week breakdown and predictions of every game game on Pittsburgh’s 2022 schedule, including each team’s Over/Under set by Caesars. But first, let’s take a look at several notable takeaways from the Steelers’ schedule as well as pinpointing the toughest part of their upcoming journey.

The first half of Pittsburgh’s schedule is a doozy. After facing the defending AFC champions (on the road) in Week 1, the Steelers open the home portion of the schedule the next week against the Patriots. They then will travel to Cleveland for a prime time game against the Browns before hosting what should be a vastly improved Jets team in Week 4.

From there, the Steelers will travel to Buffalo to face a Bills team that has won the last two AFC East division titles. Pittsburgh will then face Tom Brady and the Buccaneers at home in Week 6 before facing the Dolphins in Miami on “Sunday Night Football” in Week 7. Pittsburgh will then travel to Philadelphia — a city they haven’t won in since 1965 — before heading into its Week 9 bye.

While it shouldn’t be considered easy, the second half of the Steelers’ schedule is less daunting. They’ll play just two teams that went to the playoffs in 2021. The Steelers should be able to take care of business in Atlanta in Week 13 and at Carolina in Week 15. In between those games is a home date with Baltimore, who hasn’t won in Pittsburgh since 2019.

On to the predictions:

The Bengals whiplashed the Steelers in both games between the two teams last season. Cincinnati’s pass rush keyed its first win, while the Bengals Joe Mixon and Joe Burrow were unstoppable in the rematch. Pittsburgh’s offense scored just 17 combined points against the eventual AFC champions.

Cincinnati’s offense improved this offseason with the free agent acquisitions of linemen Alex Cappa, Ted Karras and La’el Collins. And while their defense is solid, the Steelers should be more equipped to handle them this season with several new pieces added to that side of the ball. Establishing the run on offense and winning possession downs against Cincinnati’s offense will be key in both matchups.

Bill Belichick is 12-4 against the Steelers during his time as the Patriots’ coach. But he’s 0-1 in games against Pittsburgh with a starting quarterback not named Brady. This will be the Steelers’ first matchup against Mac Jones, who played well as a rookie last season while helping New England clinch a playoff berth. Putting pressure on Jones and exploiting a Patriots’ defense that struggled against the run last season will be critical.

On paper, the Browns are a formidable foe. They have one of the NFL’s top rushing attacks, one of the league’s best pass rushers (Myles Garrett) and former Texans All-Pro quarterback Deshaun Watson. But the Steelers have historically fared well against mobile quarterbacks. They also had the Browns’ number last season, as Najee Harris ran for 279 yards in two wins against Cleveland in 2021. A sweep of Cleveland would go a long way in Pittsburgh possibly making the playoffs in 2022.

This has all the trimmings of a classic trap game. A week after facing the Browns on prime time, the Steelers will return home to face a Jets team that has not had a winning season since 2015. But the Jets should be more competitive this season under second-year head coach Robert Saleh. New York is expected to start several members of their highly-touted rookie class that includes receiver Garrett Wilson, cornerback Ahmad Gardner, defensive end Jermaine Johnson II, and running back Breece Hall. That being said, this should be a win for the Steelers, who will undoubtedly look to put pressure on second-year quarterback Zach Wilson.

Pittsburgh upset the Bills in Week 1 last season, so another upset is certainly possible. To do so, the Steelers will again have to apply pressure on Josh Allen, who completed less than 60% of his throws in Pittsburgh’s 23-16 win. A new player the Bills will have for this matchup is linebacker Von Miller, who could be a thorn in the Steelers’ side as far as pass rushing is concerned.

Tom Brady will come to Pittsburgh with a 12-3 all-time record against the black and gold. Unless the Steelers can put pressure on the future Hall of Fame quarterback, Brady will be 13-3 all-time against them when this game is over. Controlling the clock and limiting Brady’s time with the ball would also go a long way in a possible upset win.

This is Pittsburgh’s first prime time game in Miami since 1996, when Mike Tomczak threw a late game-winning touchdown pass as the Steelers defeated Dan Marino’s Dolphins. The Steelers could use similar late-game magic this time around from whoever will be their starting quarterback. Given the Dolphins’ talented cornerbacks, leaning on Harris and the running game and containing quarterback Tua Tagovailoa will be critical in the outcome of the game. The Steelers will also lean on the expertise of Brian Flores, the Dolphins’ former head coach who joined Pittsburgh’s coaching staff this offseason.

The City of Brotherly Love has been anything but kind to the Steelers over the years. Pittsburgh hasn’t won in Philadelphia since 1965 and are 0-2 in such matchups under Tomlin. This will be the Steelers’ first matchup against Eagles quarterback Jalen Hurts, who posted a winning record as the Eagles’ starter during his rookie campaign. Hurts certainly helped, but the Eagles’ playoff berth last year was largely due to the play of their defense, a unit that boasted three Pro Bowlers last season that includes former Steelers defensive tackle Javon Hargrave.

Pittsburgh faces a good test after its Week 9 bye. The Saints employed a tough defense last season that helped New Orleans finish with a winning record. Along with finding ways to move the ball against New Orleans, the Steelers will surely look to make life miserable for quarterback Jameis Winston, who had a tendency to cough up the ball early in his career. The Steelers will also have to contain five-time Pro Bowl running back Alvin Kamara.

Pittsburgh has a 26-6 lifetime record against the Colts, whose Week 17 upset loss to the Jaguars last season enabled the Steelers to clinch the AFC’s final playoff berth. The Colts’ offense has a new quarterback in former Falcon and league MVP Matt Ryan, who went 0-3 against Pittsburgh during his time in Atlanta. Along with Ryan, the Colts’ offense is led by Jonathan Taylor, who led the NFL with 1,811 rushing yards and 18 touchdown runs in 2021. This game has the makings of a track meet, given the capabilities of both offenses.

After a daunting early slate of games, the Steelers get a very winnable game to kickoff December. The Steelers can’t sleep on the Falcons’ offense, however, as Marcus Mariota looks to revive his career while utilizing the talents of versatile running back Cordarrelle Patterson and rookie Drake London.

Pittsburgh has had the upper hand in this rivalry the past two years. The Steelers have won their last four games over the Ravens that includes last year’s dramatic Week 18 overtime win that helped Pittsburgh clinch a playoff berth. The Ravens were without Lamar Jackson for that game, as Jackson is looking to bounce back following last year’s injury-plagued season. Injuries were the story of the 2021 Ravens, who should be significantly better this season after stumbling to an 8-9 record last year.

This game could potentially be a showdown between two of the top-ranked quarterbacks in the 2022 NFL Draft. While Pickett could be the Steelers’ starting quarterback, the Panthers may be starting fellow rookie Matt Corral at this point in the season. Carolina traded up to draft Corrall in the third round after showing interest in Pickett leading up to the draft.

This game will be played nearly 50 years to the date after Franco Harris’ stunned the Raiders while coming up with his fabled “Immaculate Reception” in the 1972 playoffs. This should be an entertaining game between the longtime rivals. The Steelers’ defense will be looking to get even with Derek Carr, who had a strong outing in leading Las Vegas to a 26-17 win in Pittsburgh in Week 2 of the 2021 season. This game could go a long way in shaping the field in the AFC playoffs.