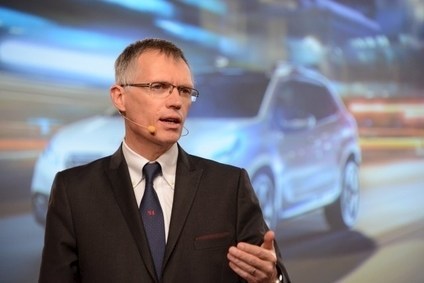 
A Stellantis van plant in Russia would have to close shortly as it is running out of parts, chief executive Carlos Tavares said on Thursday, according to Reuters.

The carmaker had previously said it had suspended all exports and imports of vehicles to and from Russia, where it operates a van plant in Kaluga, in partnership with Mitsubishi, the report noted.

Speaking at a news conference, Tavares did not say whether the company was considering a writedown of the value of Kaluga or feared it could be seized by Moscow if operations halted.

Reuters noted Stellantis earlier this month had presented its first business plan, just over a year after it was formed through the merger of Fiat Chrysler and PSA.

Tavares said the group’s focus was on executing the plan and it was not looking at major M&A deals.

“We always look at what is in the market, but don’t need M&A, this is very clear,” he said.

Addressing a supply crisis that has hurt the car industry, Tavares said Stellantis expected to be able to source computer chips from Europe and the United States within 3-4 years, Reuters reported.

The dirty little budget secret – we’re in trouble next year

The dirty little budget secret – we’re in trouble next year