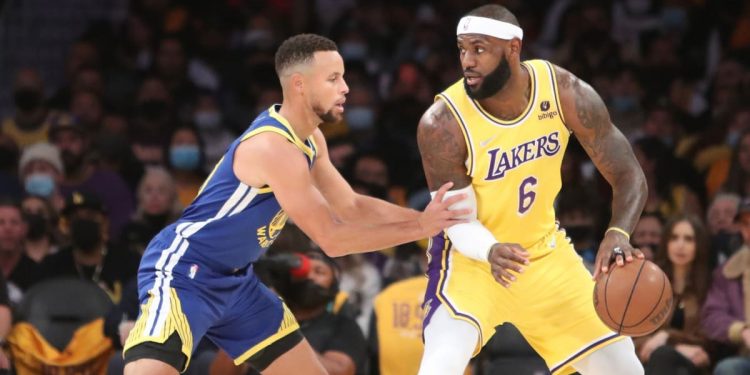 More than anyone else, Warriors star Stephen Curry is credited with pioneering basketball’s three-point revolution. Now, it appears the reigning NBA Finals MVP is making an impact on youth basketball celebrations.

During his run to his fourth title in eight years, Curry popularized his “night-night” taunt, in which he put his hands together and held them to the side of his face to signify that the game was being put to bed. In a recent youth basketball game, a child took Curry’s antics one step further by actually lying down on the floor in a mimicked sleep after hitting a shot—getting the attention of Curry and other NBA stars, including LeBron James.

Curry retweeted a video of the celebration, while James replied “You see what you started!!” Curry’s teammate, Andre Iguodala, had a slightly different response to the kid’s apparent homage to Curry:

Curry’s shooting mastery has altered every level of basketball, from the NBA to pickup games to youth leagues. If this child’s pantomimed mid-game snooze is any indication, we haven’t seen the last of the “night-night” celebration taking place on a court near you.

Tamra Judge to Jill Zarin: F-ck Off, You Thirsty B-tch!