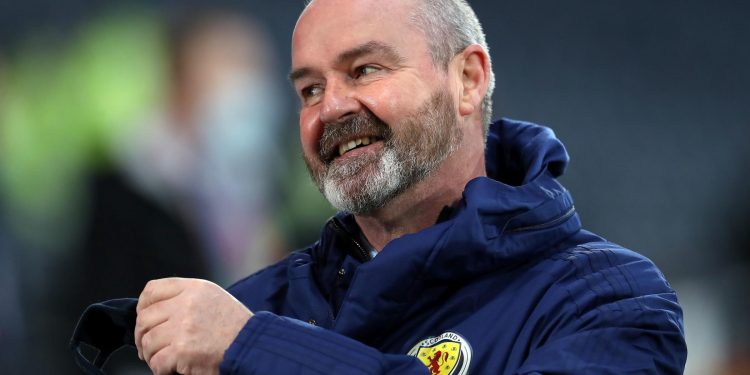 Scotland manager and Saltcoats man Steve Clarke says he is delighted at fans’ response to tickets for their upcoming match going on sale to supporter’s club members.

Ahead of one of the nation’s biggest games in recent history, a World Cup qualifying play-off semi final against Ukraine at Hampden, we have seen record demand for matchday tickets.

More than 22,500 fans have already snapped up their tickets for the big Hampden play-off in March, only 24 hours after sales commenced.

Four match packages were also made available, meaning fans could also purchase tickets for the upcoming UEFA Nations League games to be played in Glasgow.

This brought the total ticket sales across all four matches up to over an incredible 90,000 in only the first day’s sales.

After an incredible 2021 for the national side, Clarke said he is glad fans will be allowed to fill Hampden for the vital upcoming fixtures.

He commented: “I said recently that we want to hear the noise of a full Hampden Park in our fixtures this year and the response from Scotland supporters to tickets going on sale has been phenomenal.

“After only 24 hours we are nearly halfway to ensuring we have a full house backing us in our vitally important World Cup Play-off and Nations League fixtures.

“The support from the Scotland fans is never taken for granted and knowing we are on track to have a big crowd for our crucial matches this year is a tremendous boost to the players and my staff.

“Thank you to everyone who has backed us by buying their tickets already. We have a big year coming up and we intend to give you plenty of reasons to cheer.”

General ticket sales for the matches will open to the public (those not in the supporters club) at the end of the month, Monday, February 28.

Cate Blanchett: Almodovar’s work has been part of my psyche for a long time

Call Of Duty: Modern Warfare Sequel And New Warzone Confirmed For This Year

Call Of Duty: Modern Warfare Sequel And New Warzone Confirmed For This Year