Kevin Durant signed for the Golden State Warriors in 2016, a move that many still label as a ring chasing one. However, his time as a Warrior has already ended, but the achievements he earned will go down in the history books. But what made the Warriors pursue Durant in the first place?

The Golden State Warriors pulled off one of the greatest free-agency signings when they swooped in Kevin Durant. It evidently worked, as the Bay Team won back-to-back championships in 2017 and 2018. 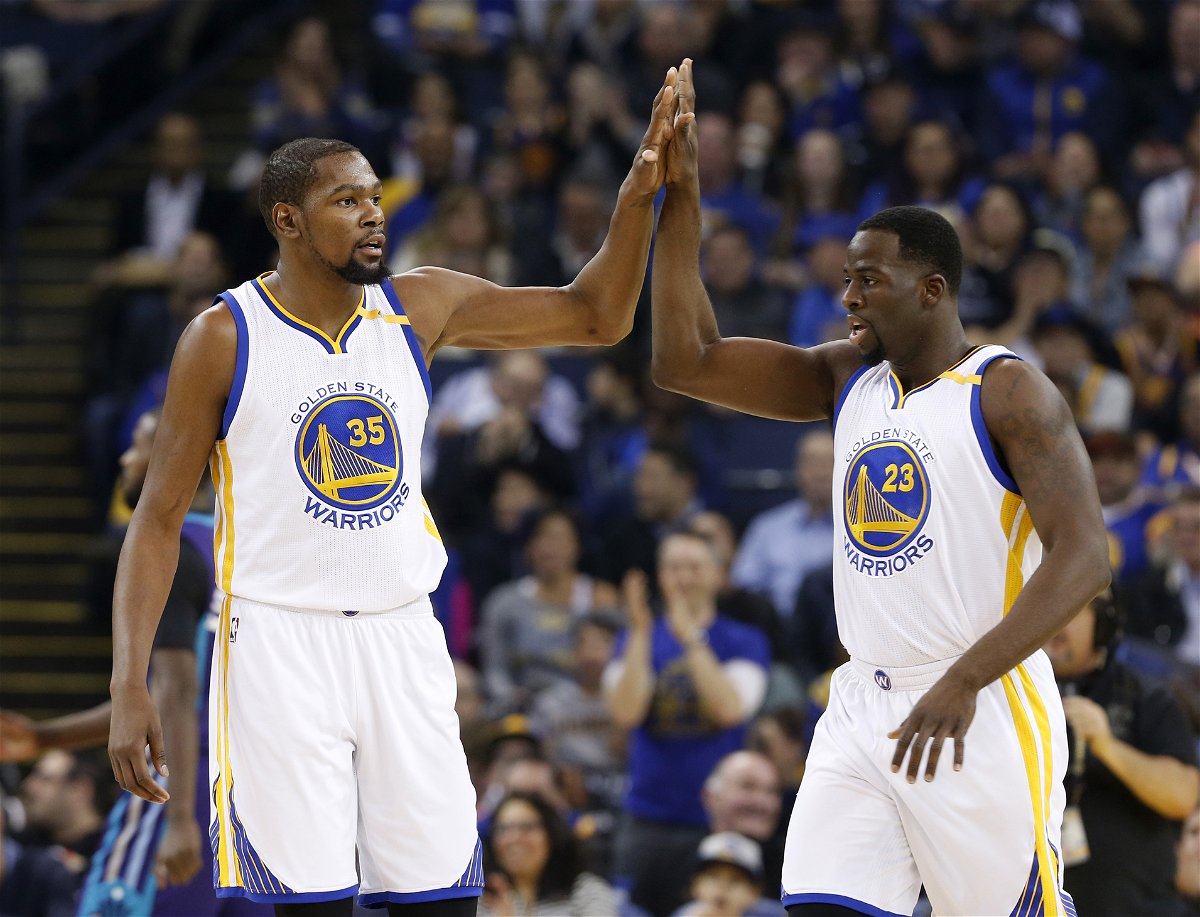 Golden State formed a super-team with Kevin Durant and the Splash Brothers. On the other hand, Durant’s critics labeled his move from OKC to the Warriors as a greedy one. However, KD has rubbished all the speculations against him, but they don’t seem to rest.

Warriors’ Head Coach Steve Kerr recently appeared on ‘All the Smoke’ podcast, where he shed some light on the reason behind the signing of KD. He spent three years with the team, won almost everything he could, and left for Brooklyn.

But when Durant joined in 2016, the Warriors looked mighty and strong. That’s because Durant easily adapted to playing with the likes of Steph, Klay, and Draymond. Kerr mentioned it in the podcast and said: “Not just an amazing player, but a player who was going to fit in perfectly with the way we already played.”

The transition did happen smoothly, and the results flowed in. Durant’s game at Oklahoma City wowed everyone in the league, which in turn made the Warriors pursue him.

“Watching Kevin over the years in Oklahoma City, he’s the most skilled guy in the league in terms of shooting, passing, versatility, shot-blocking. It was going to be such a seamless fit,” Steve Kerr mentioned.

The 55-year-old coach also put forth how the Curry-Durant combo thrived effortlessly. “He [Kevin Durant] was not ball-dominant. He didn’t have to have the ball in his hands all the time, and neither did Steph. They were both perfectly willing to play off the ball,” Kerr added.

Kevin Durant played three incredible seasons with the Warriors. He averaged 25.7 points, recorded 7.1 rebounds, and 5.4 assists per game to bolster his team’s attack. Durant won two titles during his tenure, and Kerr labels that Warriors’ side as “one of the best teams in the history of the game.”

Mom-of-four, 36, is mauled to death by pack of vicious dogs while out on a walk as cops say killer animals are PETS