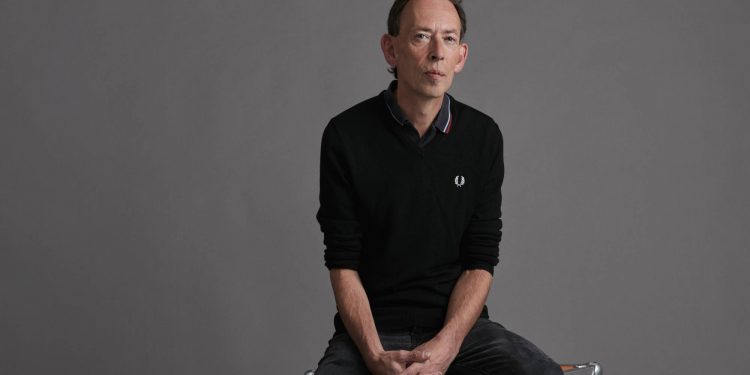 
Steve Lamacq is to celebrate Independent Venue Week 2022 with a series of special shows that will air on BBC Radio 6 Music between Monday January 31 and Friday February 4.

The event, which champions the annual celebration of independent music venues, will take place across the UK from January 31 to February 6. On his show, Lamacq will celebrate a different independent venue in a UK town or city each day, with live and recorded-live performances from each of the venues, starting with PJ Molloys in Dumfermline on January 31.

He’ll then place a spotlight on Belgrave Music Hall in Leeds (February 1), Future Yard in Birkenhead (February 2), The Louisiana in Bristol (February 3), before finishing with The Horn in St. Albans (February 4).

Lamacq will be joined by Franz Ferdinand on Monday (January 31), who will perform an acoustic track live from PJ Molloys. The band are due to play a full show at the venue in the evening, with support from Hamish Hawk. Richard Jobson, frontman of The Skids, will also be on the show, giving listeners an audio tour of Dumfermline.

We are made up to announce that @Steve_lamacq, a very special member of the IVW family will be celebrating #IVW22 with a series of special shows supported by @BBC6Music ✨

If we weren’t excited enough already, then we definitely are now ? pic.twitter.com/kRzINNsEQ5

On Tuesday (February 1), Yard Act will perform an acoustic track live from Belgrave Music Hall, before their set at the venue that evening. The Leeds audio tour will be provided by Whiskas from ¡Forward, Russia! and Simon Rix from the Kaiser Chiefs, with other guests including Acting Premier League referee, Jon Moss, who runs the Leeds record store, The Vinyl Whistle and presenter Emily Pilbeam from BBC Music Introducing in Leeds.

Wednesday (February 2) will see Lamacq welcome Melt Yourself Down to the show, ahead of their set at Future Yard later that day. Louisa Roach of She Drew The Gun will provide her tour of Birkenhead and presenter Dave Monks from BBC Music Introducing in Merseyside will speak about the local scene.

On Thursday (February 3), Lamacq will focus on The Louisiana, chatting to Wet Leg who perform in the venue that evening. He’ll also speak to Geoff Barrow of Portishead about Bristol’s record stores, Bristol-based artist Grove and presenter James Threlfall from BBC Music Introducing in Bristol.

Finally, on Friday (February 4), singer-songwriter Bess Atwell joins Lamacq on the show ahead of her performance at The Horn. Rou Reynolds of Enter Shikari gives his guided tour of St. Albans, while the show also revisits some of the weeks’ live music highlights.

All programmes will be available to listen back to on BBC Sounds after broadcast.

“Independent Venue Week has always played a vital role in helping grassroots venues at a financially perilous time of year,” Lamacq said. “But this time round, it’s even more important to help support the live music circuit after it’s been hit so hard by COVID.

“It’s a chance for us all to rally round and celebrate just how important these places are to emerging artists and alternative performers. We’ve lined up some of our favourite new and established acts for a week of gigs in small grassroots venues around the country and we’ll be talking to promoters and fans about why live gigs remain so important to the music community.”

Last year, Wet Leg were announced as England’s ambassadors for Independent Venue Week 2022. Following this, SOAK was announced as the ambassador for Northern Ireland, Joesef for Scotland and Mace The Great for Wales.

Details of shows, tours and ticket links for this year’s event are available here.