Steve Nash Is Being Exposed Against Boston – Sports Illustrated 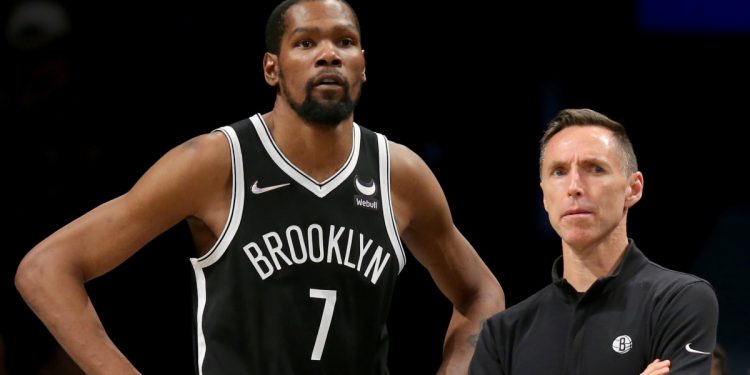 NEW YORK – So now we know why the Celtics didn’t go out of the way to avoid the Nets in the first round, didn’t kick away the season finale (hi, Milwaukee), didn’t sweat the results of the play-in like a high schooler does the SAT. Brooklyn had star power, but no system. An explosive offense that, as it turns out, didn’t have a prayer against the NBA’s stingiest defense.

Boston took Game 3 of its first-round series against Brooklyn, grabbing a commanding 3–0 lead. The first quarter was close. Jayson Tatum got hot for the Celtics. Kyrie Irving and Bruce Brown carried the Nets. Both teams shot 50% from the floor. After a back-and-forth second quarter, Boston went into the locker room up three.

The Nets should have stayed there. Two minutes into the third, the Celtics swelled the lead to 10. Brooklyn clawed its way back a few times. Brown, the Boston-born guard, scored a team-high 26. Nic Claxton added 13 points and seven rebounds off the bench. But the Nets were grasping. Late in the third quarter, Steve Nash inserted Blake Griffin, who had not played a meaningful minute in more than a month. Griffin knocked down a pair of threes and two free throws in his eight minutes. He was also hunted relentlessly on the defensive end and finished his stint a minus-four.

The Celtics are now one win away from advancing and this team looks poised to make a run. Boston’s defense is choking. They forced 21 turnovers on Saturday, scoring 37 points off them. Irving finished with 16 points, missing all seven of his threes. Durant’s final stat line looks decent—16 points, eight rebounds, eight assists—but for the third straight game Durant looked pedestrian. Midway through the second quarter, he had three field goal attempts. He didn’t crack double figures until deep into the third. After attempting 20 free throws in Game 2, Durant didn’t get up his first attempt until late in the fourth.

What’s the deal? Durant has played in dozens of playoff series in his career. This one may be his worst. He committed five turnovers in Game 3, the third straight game he has kicked away five or more. He was outscored in the first half by Payton Pritchard. Brown attempted eight more shots than him. After failing to make a shot in the second half of Game 2, Durant didn’t have an official attempt over the final 11 minutes of Game 3.

“I’m just thinking too much, to be honest,” said Durant. “This whole series … the first two games, I was trying to be too aggressive. A team is loading up on me, taking me out of all my actions, I felt like was trying to force it. My approach to this game was to play off of everybody. Get in the flow of the offense. Let the ball move and find me … I felt that we had a good flow.”

Some of this is on Durant. He has to be better. But his coach isn’t helping. “I don’t think fatigue has set in,” said Durant. OK. But Durant played 46 minutes on Saturday. He played 42 in Game 2 and 41 in Game 1. In the last six games of the regular season, Durant averaged 42. Boston is sending waves of physical defenders at Durant, from Tatum to Jaylen Brown to Grant Williams. They are sapping Durant’s energy. And Nash continues to leave him on the floor.

The biggest mismatch of this series is in the coaching box. Ime Udoka is dominating. This is Phil Jackson vs. John Calipari. Joe Torre vs. Grady Little. Bill Parcells vs. Rich Kotite. It’s become embarrassing. Brooklyn’s offense is a steady diet of isolations. Movement is minimal. They set screens to create switches, but in those situations Boston’s defense doesn’t miss a beat. Injuries to Ben Simmons and Joe Harris have crippled Brooklyn’s depth but five minutes of Cam Thomas in the second quarter can’t be worse than watching a visibly exhausted Durant fumble through the final minutes.

Nash’s job security wasn’t in question coming into this series. Now it would be a miracle if he survived it.

Boston will survive, will advance and the question becomes—who would you favor to beat them? “We play both sides of the ball aggressively,” Brown said. “That’s what we like, that’s what we take pride in.” Tatum broke out of a mini scoring slump to score 39 points in Game 3. Brown (23 points) often looks like the next best player on the floor. Marcus Smart continues to thrive as a playmaker and Williams’s physicality has made an impact. Robert Williams, the Celtics’ defensive anchor, made his return following a monthlong absence from knee surgery and played 16 pain-free minutes.

“Getting Rob back is huge for our team,” said Tatum. “I might be Rob’s biggest fan.”

The Nets tried to strike an optimistic tone after the game. “It’s about our character now,” Nash said. “About digging deep and having pride.” Ben Simmons is likely to make his debut in Game 4 but … come on. No team has come back from a 3–0 deficit and Brooklyn doesn’t look like it will be the first. The Nets appeared to be the boogeyman entering the postseason. The Celtics are one win away from slaying it.

Ukrainians celebrate Easter in the shadow of war – CNN