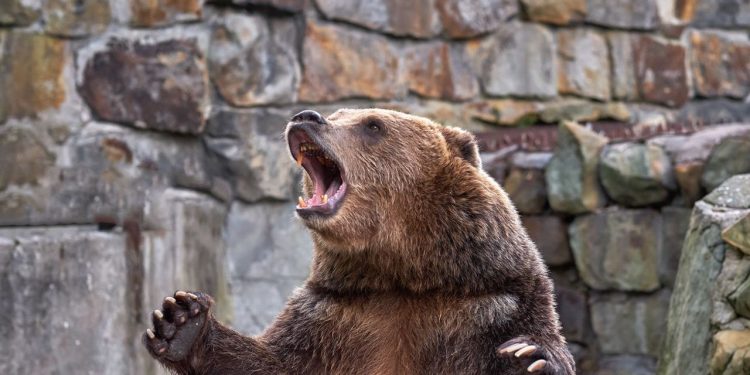 
Investors who are optimistic about U.S. stocks over the next six months to a year have “nearly vanished” as the Federal Reserve begins tightening its monetary policy in the face of hot inflation, according to RBC Capital Markets.

“For the first time since mid 2019, the bears outnumbered the bulls in our” first-quarter poll of institutional equity investors over the last four days of March, RBC analysts led by Lori Calvasina, head of U.S. equity strategy, wrote in a research note Tuesday. The portion of bullish views on the stock market has fallen to the lowest level since RBC began conducting the survey in early 2018.

While the U.S. stock market has already at least partly “baked in a lot of bad news,” downside risks include a broadening of the Russia-Ukraine war and the potential for a recession, according to the report. Meanwhile, U.S. equity investors see “expensive valuations,” anticipate a contraction in companies’ profit margins and “have little confidence in the Fed,” the RBC survey found.

“Faith in the Fed is low but there is disagreement as to what kind of policy error will emerge,” RBC analysts said. While the largest percentage of investors believe the U.S. central bank will tighten its monetary policy too much, a significant portion believe the Fed will tighten too little, according to the survey.

Many investors have been anxious about the Fed potentially raising interest rates too much too fast, tipping the U.S. economy into recession by overtightening its monetary policy as it aims to fight high inflation.

“The voices in the investment community calling for a recession in the U.S. have been loud, but views on the chances for a recession among our survey respondents are more mixed,” the RBC analysts said. Investors are “split” on their expectations for a potential U.S. recession in 2022 or 2023.

As for positioning preferences, surveyed investors had “a decidedly cautious bent,” the RBC analysts said. Most expect high-quality, large-cap and U.S. stocks to outperform, they said, while their outlooks for defensive stocks, Canada, healthcare, large-cap, the U.S., commodities sectors, and growth-style bets improved the most.

When it comes to “hot economic topics” weighing on their views of the U.S. economy and stock market over the next six months to 12 months, investors are most worried about the recent spike in gasoline prices and Fed monetary tightening, the survey found, followed by the Russia-Ukraine war, the recent jump in mortgage rates and the flattening and inversion of the Treasury market’s yield curve.

Americans have been paying more at the gas pump, as oil prices have climbed above $100 a barrel during the Russia-Ukraine war. Gas prices in the U.S. were an average $4.176 a gallon on Tuesday, compared with an average $2.873 a year ago, according to AAA Gas Prices.

In the U.S. Treasury market, 2-year yields recently exceeded 10-year yields, an inversion of that part of the yield curve that has captured investors attention because it historically precedes a recession. Those yields were not inverted Tuesday, though.

The yield on the 10-year Treasury note
TMUBMUSD10Y,

climbed to 2.554% on Tuesday, while the yield on the 2-year Treasury note
TMUBMUSD02Y,

closed 1.3% lower Tuesday, bringing its drop so far this year to about 5.1%, FactSet data show.

Investors surveyed by RBC showed heightened concern that companies’ profit margins will shrink in the next six months to 12 months.

“Margin fears are at survey highs while valuation concerns are a little below the extremes of 2020-2021,” the RBC analysts said. “The conservative outlook for margins seen in our survey suggests to us that buy-side expectations for earnings are likely more pessimistic than bottom-up sell-side consensus forecasts.”

Questions linger as the Nationals pack their bags for home