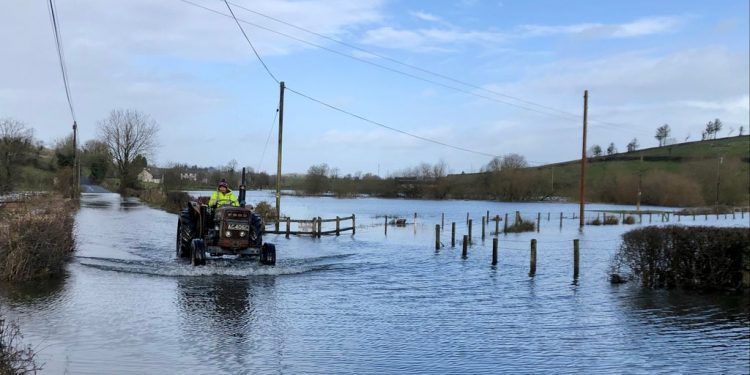 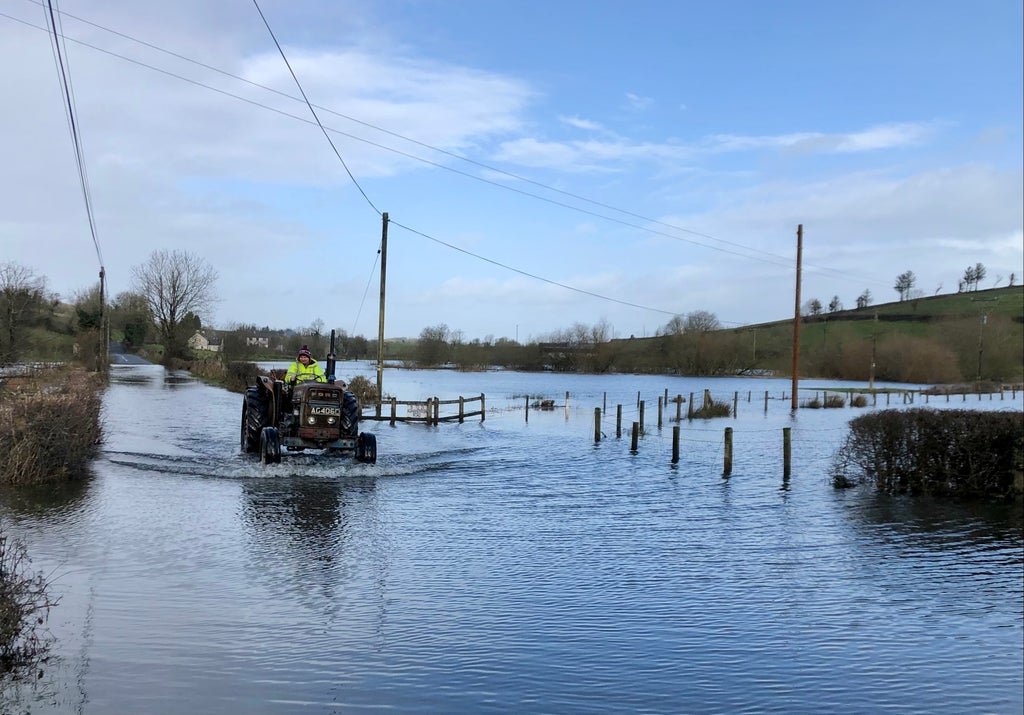 esidents have called for urgent action to help families who are repeatedly left stranded in their homes due to flooding in a rural part of Co Fermanagh.

Several homes in the Boho area are again cut off this week following heavy rain and snow during the recent series of storms that hit Northern Ireland.

Residents can only exit by wading through knee high water on the roads and lanes leading to their properties or by taking cross country routes over sodden fields.

There are fears the situation could get worse as Fermanagh is facing another snow and wind warning for Wednesday and Thursday this week.

Dessie McKenzie, who lives in Boho and runs the local pub, warned there could be tragic consequences if more is not done to address the flooding problem.

He highlighted potential issues accessing elderly residents in the event of medical emergencies and also expressed concern about the risk of drivers unfamiliar with the area getting trapped in submerged vehicles.

“This is becoming too frequent now,” he told the PA news agency.

“This is happening every time that there’s maybe one, two or three days’ rain.

“These people are cut off from their livelihoods, they have to park the cars about half a mile away to get to work.

“They have to wade through fields, at some stages in the dark with torches and stuff.

“And I think it’s just got to the time I think people here are very fed up with the situation.”

In a recent letter, Stormont’s Infrastructure minister Nichola Mallon ruled out a flood alleviation scheme that would have diverted the flow of the River Sillies.

She said the costs of the project would far outweigh the benefits.

The SDLP minister said routine maintenance work continues on the river and more was scheduled by the end of March.

She said previous works to raise road levels in the area had proved unsuccessful.

Ms Mallon said her department had also established a “community resilience group” to help residents and officials work with other agencies to ensure support is offered to those cut off during flooding episodes.

“There definitely needs to be serious action here at the highest level,” he said.

“I know that local MLAs have been liaising with the relevant ministers and there has been a response lately and the response is basically the word in it was ‘resilience’.

“And I think people’s resilience has been worn down to the absolute last here, people can’t take this much more.

“There has to be urgent action taken. We have to be shown some kind of a plan.

“If it’s a cost evaluation, if they maintain that it’s going to cost too much, we need to see the figures, we need to know from capital funding, what is viable and what isn’t viable.”

He added: “I would also like to see evidence that maintenance has taken place regularly here.”

“I have been contacted by several residents in Boho regarding the flooding situation,” said the Sinn Fein representative.

“Despite my petition to the Minister for Infrastructure Nichola Mallon on January 25, the minister has not only refused to take action to help alleviate the flooding, she has also refused to meet with the residents and I.”

Ms Dolan expressed concern about Ms Mallon’s letter on the flooding, which was written in response to the petition.

She described the minister’s rationale for not proceeding with the alleviation works as “highly offensive and simply unacceptable”.

“The minister’s constituents in Belfast would not be spoken to like that and neither should the people of Boho, or anywhere in Fermanagh,” she said.

“I have sent both the Minister for Infrastructure and the Minister for Environment, Agriculture and Rural Affairs (Edwin Poots) photos and videos of what the residents of Boho have been dealing with all weekend.

“No community should be cut off continuously like the community of Boho has been.”

On Tuesday, the Department of Infrastructure said the proposed alleviation scheme could cost several million pounds.

A spokeswoman for the department said the minister had written to Ms Dolan to offer a meeting with “key officials” to discuss the issues.

“Flooding in the Boho area of Co Fermanagh usually occurs when water levels in the Sillies River rise after prolonged and heavy rainfall,” said the spokeswoman.

“Officials have in the past considered a flood alleviation scheme for this area, which would involve the diversion of the Sillies River and improve the gradient in this flat and slow flowing river.

“Unfortunately, the costs of these proposals which could run to several millions far outweigh any benefits in terms of flood alleviation that would be gained even if the project was affordable.”

How to Get Software and Security Updates on Your Old iPhone