Getting reinfected with the novel coronavirus may not be as rare as previously believed, a new study suggests.

Researchers found that among young Marine Corps recruits who had previously tested positive, more than 10 percent had a second positive test during a six-week follow-up.

What’s more, the group that became infected again had lower antibody levels than those who wee infected for the first time and most lacked detectable neutralizing antibodies against COVID-19.

The team – from the Naval Medical Research Center in Silver Springs, Maryland, and the Icahn School of Medicine at Mount Sinai in New York City – says the findings provide evidence that antibodies induced by an initial infection are largely protective, but don’t guarantee immunity against a subsequent infection. 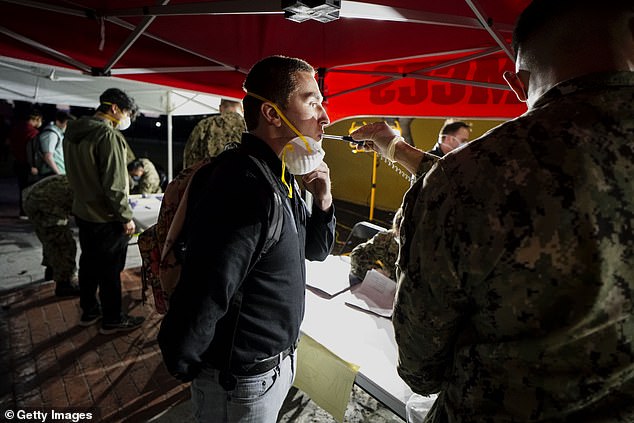 Researchers looked at 3,249 Marine Corps recruits between ages 18 and 20 during a 14-day quarantine and six-week basic training, 189 of whom had previously been infected with COVID-19 and 2,247 whom had not. Pictured: U.S. Marine recruits receive coronavirus health screenings at the Marine Corps Recruit Depot in San Diego, California, April 2020 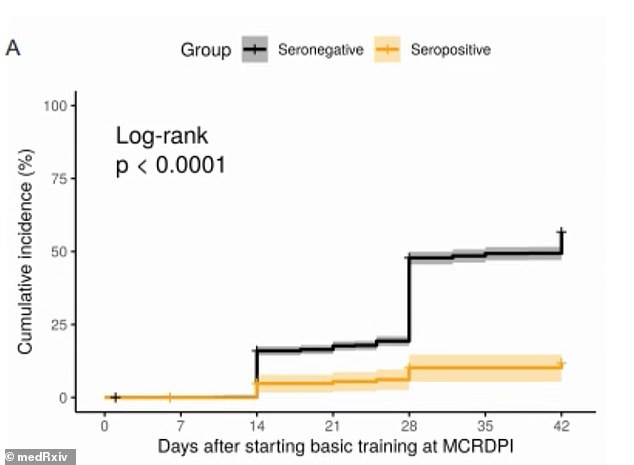 For the study, published on the pre-print site medRxiv.org, the team used data from the COVID-19 Health Action Response for Marines (CHARM) study.

The study looked at Marine newcomers since May 4, testing them every week for the first two weeks and then every other week.

A total of 3,249 mostly male Marine recruits between ages 18 and 20 were tested for coronavirus antibodies upon arrival for a 14-day quarantine.

They were tested for the virus before, in the middle and at the end of quarantine and then followed up with for six weeks, being tested biweekly.

Researchers say the three negative tests during quarantine helped ensure that infections diagnosed during basic training were not persistent infections but rather new infections. 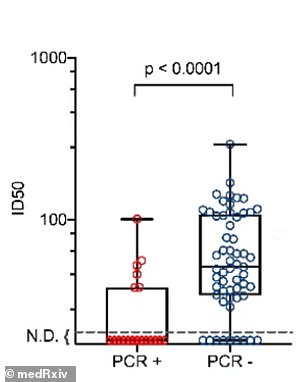 Among the recruits, 189 had previously been infected with COVID-19 before arriving for the quarantine period and 2,247 had not been.

Results showed that 19 recruits of the previously infected group, or 10.1 percent, had at least one positive test during the six-week follow-up.

This is much higher than the rate among the general public, in which only three known people in the U.S. out of more than 32 million have tested positive twice.

By comparison, 1,079 recruits of the uninfected group, equivalent to 48 percent, tested positive during the follow-up period.

‘Our results indicate that although antibodies induced by infection are largely protective, they do not guarantee effective immunity against subsequent infection,’ the authors wrote.

The team then tested the viral loads and the antibody levels among the two groups.

They found that recruits in the newly infected group who were testing positive for the first time had 10-fold higher viral loads than those tested positive again.

Perhaps surprisingly though, antibody levels were highest among the group testing positive for the first time. 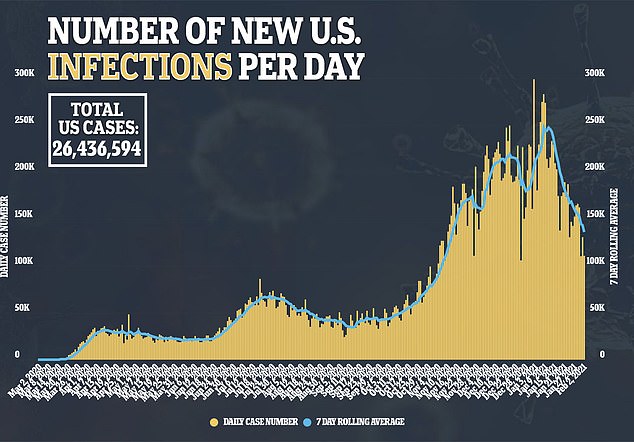 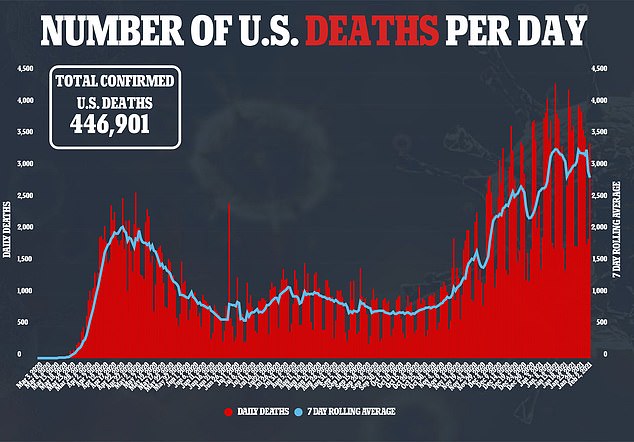 Neutralizing antibodies were also undetectable in six of the 19 recruits – or 31.6 percent – who became reinfected.

Even among 54 patients who tested positive before basic training and did not become reinfected, 83.3 percent had undetectable neutralizing antibodies.

The team says this study shows the importance of vaccinating both those who have never been infected and those who previously have been.

People are baffled by avocado optical illusion – does it have a seed or not?

Pfizer hits out at Biden administration over vaccine patent waivers