Patients with incurable kidney cancer can safely take ‘treatment holidays’ and ditch their powerful but debilitating medication for up to a year, a study has found.

More than 15,000 Britons take sunitinib or pazopanib, highly effective daily pills that stop the spread of advanced kidney cancer but which also cause a swathe of side effects that get worse over time, including liver damage, blistering and severe fatigue.

Now a ten-year trial of 900 people has concluded that patients can come off the treatment for between six and 12 months without impacting their life expectancy. 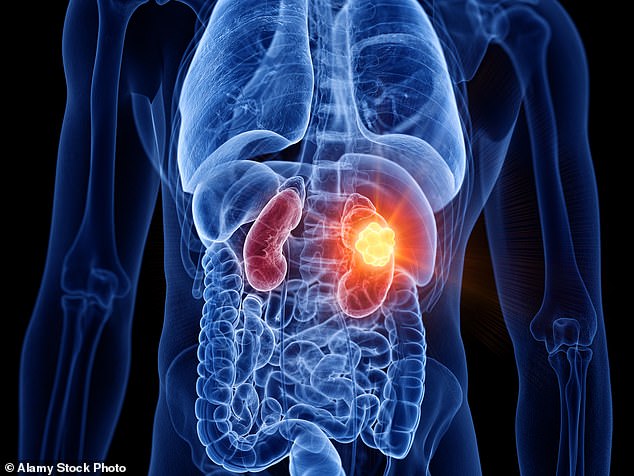 More than 15,000 Britons take sunitinib or pazopanib, highly effective daily pills that stop the spread of advanced kidney cancer but which also cause a swathe of side effects that get worse over time 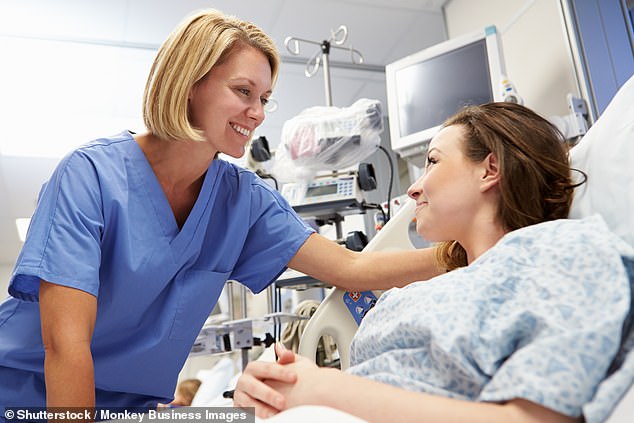 Researchers at the universities of Sheffield and Leeds found that the ‘treatment holidays’ allowed patients to regain their health and believe they may even slow the progression of the cancer, picture posed by models

Researchers at the universities of Sheffield and Leeds found that the ‘treatment holidays’ allowed patients to regain their health and believe they may even slow the progression of the cancer.

Professor Janet Brown, an oncologist and chief investigator on the trial, said: ‘Patients on the trial began to really look forward to these breaks in treatment. Some participants timed their breaks so that they could go on holiday or enjoy Christmas with their loved ones, all without having to deal with the side effects which come with taking these drugs.

‘Then, some time later, they would start the treatment again and there would be no negative impact.’

Kidney cancer hits more than 13,000 Britons every year. If caught early it can be cured, usually by surgery to remove the tumour, and 50 per cent of patients survive longer than ten years after diagnosis. But if it spreads into other parts of the body – what is known as advanced kidney cancer – it is deemed virtually uncurable and most patients will live no longer than three years. As a result, more than 4,500 people in the UK die of the disease each year.

One of the most common treatments to fight advanced kidney cancer is a group of drugs called tyrosine kinase inhibitors, which block the growth of abnormal cells in the body. Sunitinib and pazopanib are two such drugs, which stop new blood vessels developing in tumours. This restricts blood supply and slows their growth.

However, side effects become so debilitating for a third of patients that they have to come off the drugs, leaving few treatment options.

The Star trial, funded by the National Institute for Health Research, studied how long patients could stay off the drugs without seeing their cancer progress.

Patients on the trial had a CT scan every 12 weeks until their tumour began significantly growing again, at which point they would return to the drugs.

According to Prof Brown, the majority of treatment holidays lasted at least six months, while many were as long as 12 months. And those who took breaks were able to stay on the drugs for three to four months longer before they eventually became ineffective against the tumour – an inevitability for all advanced kidney cancer patients.

The findings will be welcomed by patients who know all too well the effect of these drugs.

Patrick Goodwin, 63, a former miner from Chesterfield, has been taking pazopanib since he was diagnosed with kidney cancer in January 2015. Despite two surgeries to remove the cancer, Patrick was told in 2016 that it had spread to his lungs and was now incurable.

He said: ‘I realised pretty quickly that I just had to get on with it and hope for the best.’

When Patrick began taking pazopanib, he was warned of the possible side effects, and said he was immediately affected.

‘From early on, I began feeling constantly tired and sick. My skin started to peel and would bruise really easily. I’m a very active person, so I found it hard to lose my energy like that.’

The father-of-three was enrolled on the Star trial and initially alternated between six months on drug treatment and six months off.

He says the improvement in his quality of life during the breaks was ‘priceless’.

The regular scans have shown that Patrick’s cancer has remained at a stable, manageable level – and his latest treatment break has lasted nine months.

Prof Brown said: ‘It’s important that in the hunt to keep people alive, we don’t forget the importance of quality of life. There’s no point surviving cancer only to feel awful and unwell all the time.’

Teen leaving the nest? Give them a taste of home with these recipes | Food

RUTH SUNDERLAND: I’ve never seen a deal as bad as the LV takeover