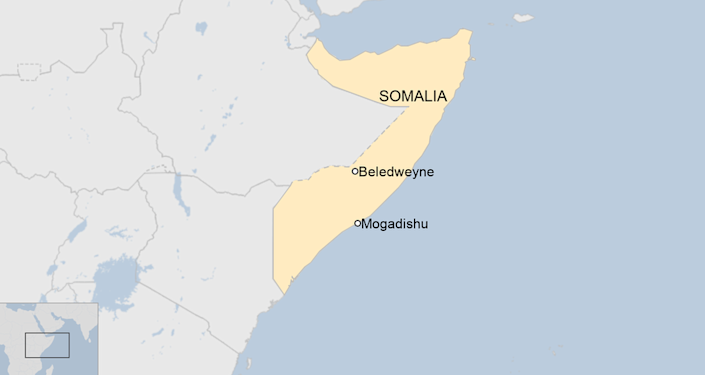 
At least 10 people have been killed in a suicide bomb attack in Somalia on the eve of a local election.

The blast happened in the central city of Beledweyne, at a restaurant popular with politicians and local officials.

Reuters news agency says one of the people killed was a candidate in Somalia’s ongoing parliamentary vote, which was supposed to end last December.

Al-Shabab militants have admitted carrying out the attack.

The Islamist group has been fighting Somalia’s government for more than a decade, and retains a stronghold on parts of the country.

It has increased attacks of late, with two other blasts in the past fortnight.

According to the AFP news agency, security had been tightened in Beledweyne ahead of a first round of voting for parliamentary seats.

Somalia’s electoral process has been dragging on after months of political stand-off between the prime minister and the president over the conduct of delayed elections.

The elections are set to be completed on 25 February, two months later than initially planned.

The process involves clan elders and other delegates selecting lawmakers for the national parliament, who will in turn choose a president.