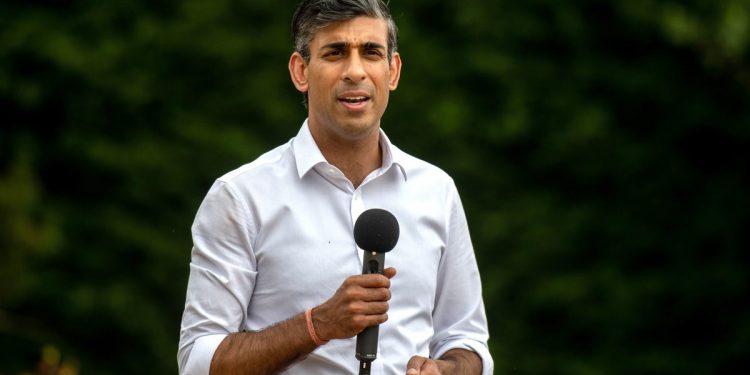 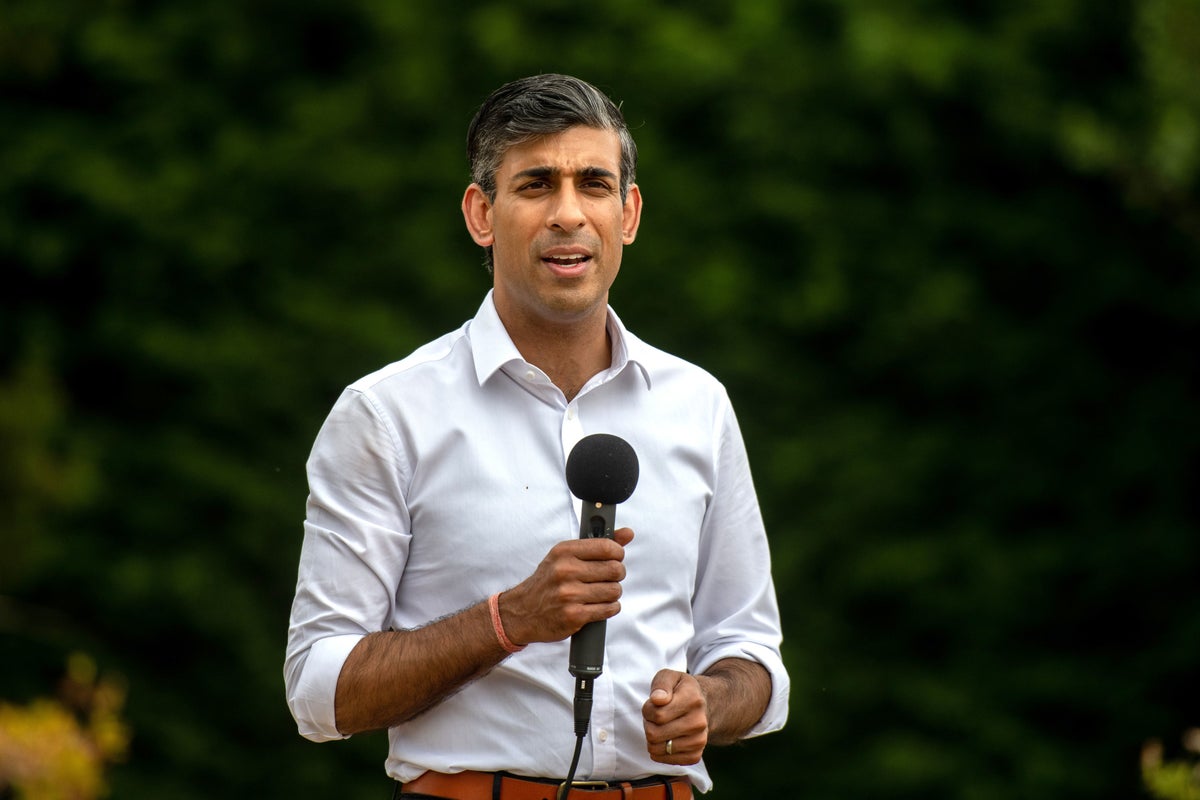 Rishi Sunak has claimed Tory MPs who accuse him of betraying Boris Johnson are applying “rose tinted” glasses to the last days of his government.

At the weekend the culture secretary Nadine Dorries was criticised for sharing a picture appearing to show Mr Sunak wielding a knife at MrJohnson, in a parody of Julius Caesar.

The tweet was widely condemned just a year after a Tory MP, Sir David Amess, was murdered at a constituency surgery.

“I think this is appalling,” he told Sky News. “Look, it’s not even a year since the stabbing of Sir David Amess at his Southend constituency surgery, so I think this is very, very bad taste, dangerous even.”

Mr Johnson is reported to have joked at the weekend that his removal from office was the “greatest stitch-up since the Bayeux Tapestry”, in a speech at a party to celebrate his marriage.

But Mr Sunak accused those who believe he stabbed Mr Johnson in the back of applying “rose tinted” glasses to the current administration.

The chancellor dramatically quit last month at the start of a series of resignations that ultimately forced Mr Johnson to concede he had to go.

Asked about accusations he was a “backstabber”, he told BBC Radio 4’s Today programme: “I’m not going to comment specifically what others are choosing to say, but I will tackle the broader claim that they relate to, because I do think there is a risk that people are looking at the last few months of the Government with slightly rose-tinted glasses about what it was really like.”

The administration “wasn’t working as it should”, he said and “crucially… found itself on the wrong side of a very serious ethical issue”.

He also stressed that in the end more than 60 MPs resigned from the government, effectively ousting Mr Johnson, and that he had spent months “standing by the PM” before ultimately deciding he had to act.

Mr Johnson’s eventual announcement he would stand down triggered the contest to succeed him.

A number of staunch Johnson supporters have since announced they are backing Ms Truss.

Others have expressed concern at the increasingly toxic nature of the contest.

Andrea Leadsom, a former leadership contender, warned it was “absolutely vital” that the Conservative party goes into the next election “with everybody on the same team.” She also warned against “overtly damaging” either the party’s record or the other candidate.

Trump’s Lawyers Are Prepping for a DOJ Criminal Charge: Report

Food and drinks are getting sweeter. It’s bad for our health

Food and drinks are getting sweeter. It’s bad for our health