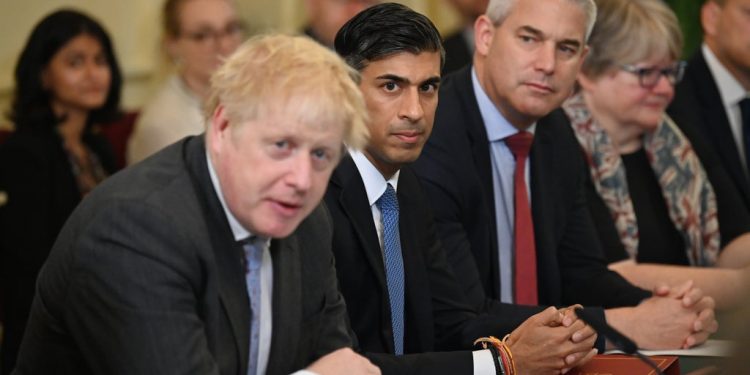 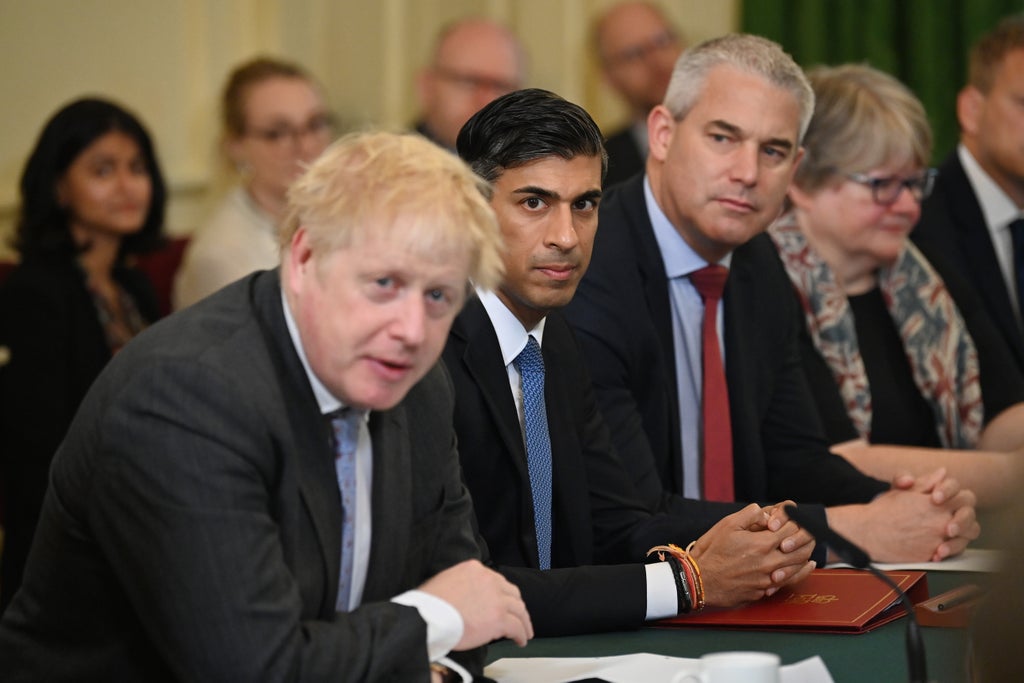 Cabinet ministers are split over ways to ease the cost-of-living crisis at no cost to the government, including demands to scrap green levies and a plan to lower MOT test intervals from one to two years.

Chancellor Rishi Sunak made clear to ministers at a brainstorming session that there was no money available to fund schemes to help hard-pressed households.

There were clashes around the table as policing minister Kit Malthouse called for tax cuts to offset the hurt from rising prices and business secretary Kwasi Kwarteng resisted demands from Jacob Rees-Mogg to scrap the levies that add £150 a year to the average energy bill.

With Conservatives taking a battering in the local election campaign over the impact of soaring inflation, Boris Johnson called on every minister to produce ideas to put money back in voters’ purses and wallets

He was said to be particularly keen to cut the cost of childcare, where prices have risen by a third in the past decade, from around £102 in 2012 to £137 nowfor an average part-time weekly nursery place for a child under two.

Ideas pitched to the meeting are understood have included a proposal – first floated last autumn but so far not taken up – to increase the maximum number of children looked after by each carer in a nursery.

Meanwhile, transport secretary Grant Shapps is understood to have proposed increasing the delay between MOT roadworthiness tests from one to two years, effectively halving their cost.

Other ideas under consideration are a cut in tariffs on imports of food that cannot be grown in the UK, such as rice.

The most promising will be selected for possible implementation at a meeting “in the next couple of weeks” chaired by the PM and attended by his deputy Dominic Raab, Mr Sunak and Chancellor of the Duchy of Lancaster Steve Barclay.

But the mooted cost-of-living package will not be ready in time to feature in the 10 May Queen’s Speech on 10 May – when Mr Johnson will set out his legislative plans for the coming year.

“The cost-of-living crisis has been staring us in the face for six months now and it’s a real problem for people struggling with their bills – and the cabinet meeting this morning isn’t going to change any of that,” he said.

Mr Johnson’s official spokesperson refused to discuss individual proposals, but told reporters that there was “a need to balance the amount of regulation and bureaucracy, so that it is sufficient to ensure public safety is protected but is not placing an undue burden on the public”.

But the National Day Care Nursery Association said that “tinkering” with the adult/child ratio – which varies according to age, from one-to-three for under-twos to at least one-to-eight for over-threes – was “short-sighted” and would not achieve the desired outcome.

NDNA chief executive Purnima Tanuku said: “We risk putting additional pressure on an overworked workforce while undermining efforts to give children the best start in life.”

After years of government underfunding for childcare places, around 95 per cent of nurseries say that they are not covering their costs, and 85 per cent are operating at a loss or just breaking even, she said.

“We want to see a government committed to levelling-up opportunities for all children by investing in their early years where we know it makes the biggest impact for their life chances,” said Ms Tanuku. “Instead we seem to be talking about a race to the bottom that won’t help children or families but will worsen the workforce crisis we have in early years.”

“Now the government’s solution is to drive down quality whilst making no difference to availability,” she said. Labour’s Children’s Recovery Plan would invest in early years places for children on free school meals and boost access to before- and after-school clubs.

“The Chancellor has failed to give families security. The Conservative government needs to set out an emergency budget to tackle its cost of living crisis – and support Labour’s call to put money back in the pockets of working people.”

She added: “Boris Johnson’s new plan is not to address this issue head on, but instead to cut corners and endanger our children. Their safety should be our number one priority, not be reduced to a cost-cutting measure.

“The government must address the crippling costs of childcare so families get the support they need and can afford to return to work.”

AA head of roads policy Jack Couzens told The Independent that Mr Shapps might find less regular MOT tests are not popular with drivers, after a poll for the motoring organisation found significant support for the one-year interval.

With the price of an MOT fee capped at £54.85, and some providers offering them substantially cheaper, drivers are unlikely to feel a significant financial boost from the proposal, he pointed out.

And he said: “In our poll, people supported yearly MOTs on the basis that it ensures that people keep their cars safe to use on the roads.

“I think people would rather feel relief at the petrol pumps than being helped with other costs of motoring.

“Waiting longer to MOT your car runs the risk that problems that would have been picked up have another 12 months to get worse, and potentially lead to higher costs at the next test or difficulties when out on the road.”

Following their cabinet room clash, Mr Kwarteng took a pop at Mr Rees-Mogg on Twitter, posting a chart showing that new solar and wind power are now four times cheaper than gas generation in the UK.

“The more cheap, clean power we generate at home, the less exposed we’ll be to expensive gas prices,” he said.

A source close to Mr Kwarteng declined to disclose details of the cabinet discussion, but said: “I don’t think anyone will be surprised that Kwasi defended generating cheap and clean power in the UK rather than burning foreign gas.

“Green energy is the cure for high prices, not the cause.”