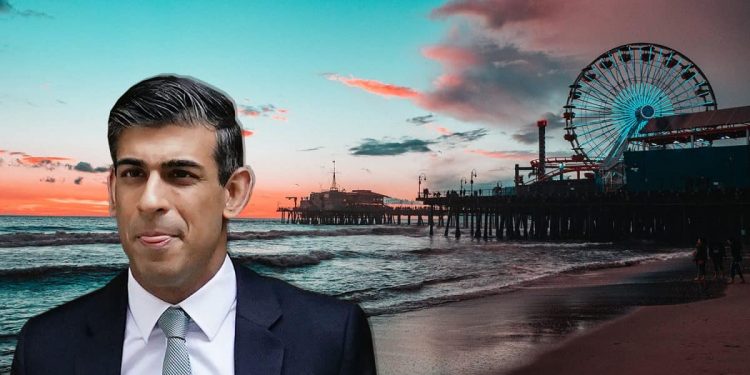 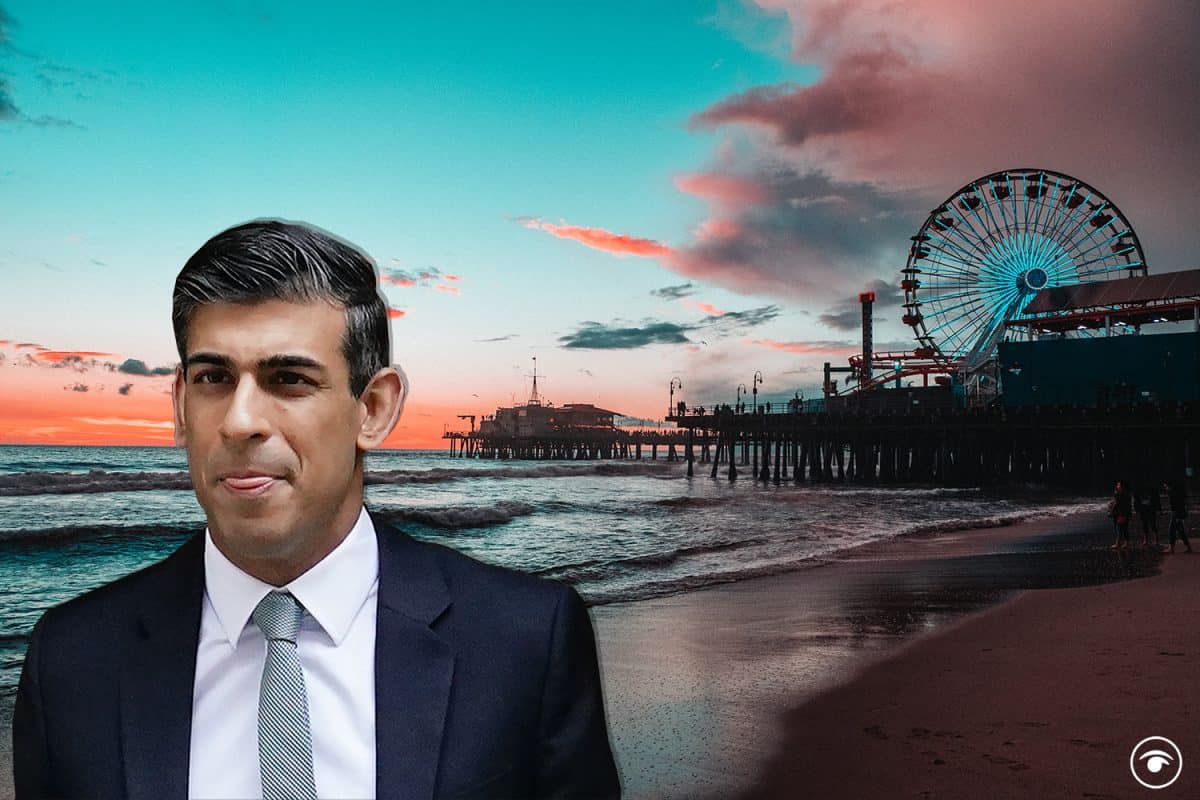 After weeks of bad press, friends of Rishi Sunak are reportedly questioning whether the chancellor will stand at the next general election.

According to the TelegraphSunak’s allies fear he will be reshuffled out of the Treasury and “into a political wilderness from which he would have no intention of returning”.

One source told the newspaper: “He isn’t the sort of person who would stay in Parliament for another 10 years waiting for his chance to come around again.

”If it became apparent he wasn’t going to be prime minister, he would just go.”

It is apparently an open secret in Westminster that Sunak is attracted to the idea of life in California, a place he reportedly referred to as “home” during a recent official visit.

The expectation is that Sunak will move his family to Santa Monica, where they have a £5.5 million seafront penthouse, and pursue a career in Silicon Valley – if he feels he no longer has a shot at the top job.

Allies told the Telegraph that plans for a future life in America is “the only possible explanation” for why he kept his US green card – at a great personal cost – until he was finally forced to give it up last October.

Sunak is said to have been privately discussing the possibility of leaving the Treasury for more than a year – although he reportedly thought Johnson would be the cause of his departure.

According to a number of reports in the Sunday papers, Sunak had considered quitting the Cabinet last week as stories about his wife’s dodgy tax arrangements dominated the headlines.

The chancellor’s personal ratings have plunged, even among Tory members. Despite having a favourability rating of close to +50, he is now on -29, making him less popular than Keir Starmer for the first time ever.

Sunak has referred himself to Johnson’s independent adviser on ministerial interests as he sought to fend off questions over his family’s financial affairs.

In a letter to the prime minister, Sunak asked that Lord Geidt should review all his declarations of interest since he first became a minister in 2018 to ensure they had been properly stated.

While he said he was confident he had acted appropriately at all times, his “overriding concern” was that the public should have confidence in the answers.

In his letter requesting a review, Sunak said: “My overriding concern is that the public retain confidence in the answers that are given and I believe the best way of achieving this is to ensure those answers are entirely independent, without bias or favour,” he said.

“I am confident that such a review of my declarations will find all relevant information was appropriately declared.

“I have throughout my ministerial career followed the advice of officials regarding matters or propriety and disclosure and will continue to do so.”

Earlier however, it emerged that he had ordered a full-scale investigation by the Cabinet Office and the Treasury into who leaked details of his wife’s tax status to the media.

Related: Rishi hands himself in to PM’s independent adviser