Super Bowl 2022: Jemele Hill on how to get into the parties 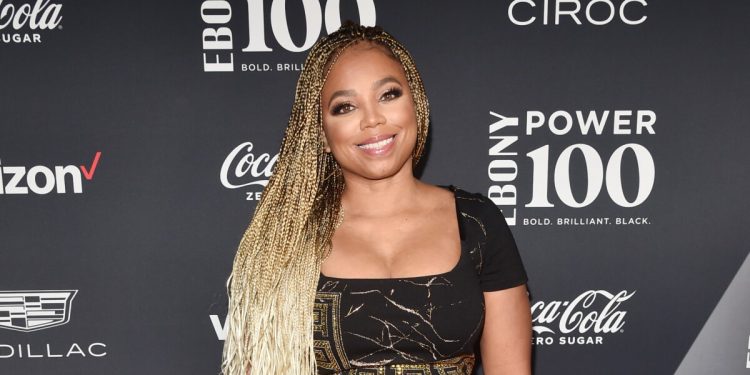 
Though the Super Bowl is America’s most-watched annual sporting event, its party scene isn’t nearly as accessible. During her 12-year tenure at ESPN, Jemele Hill was able to take readers into the NFL championship game’s biggest bashes. Her vivid, voice-driven columns became must-reads for football fans who can’t get past the velvet ropes.

“I created a very interesting job for myself: I’d attend all the parties, rate them and then, at the end of the week, I’d give an award to whoever held the best one,” she said. “It was definitely one of the more brilliant things I’ve ever done.”

The Los Angeles Times spoke with Hill about who gets into these exclusive parties, how the scene has changed over the past decade and why this year’s Los Angeles gatherings might be relatively muted. (This conversation has been edited and condensed for clarity.)

In a typical, non-pandemic year, what does the Super Bowl party scene look like? Who attends these parties?

It’s all in the days leading up to the Super Bowl, not the day of. Typically, the party scene starts on Wednesday and, with each night, the number of events each night increases steadily: a little more Thursday, a little more Friday. Saturday, the night before the Super Bowl, is the prime party night. There’s a ton of celebrities, former football players, athletes who aren’t playing in the Super Bowl who use the parties as a vehicle to promote brands they represent. Since there’s a huge media presence, if you’re looking to push or peddle anything, the week of the Super Bowl is the perfect week to do it.

What makes for a good Super Bowl party?

You gotta have a great performer, which is how DirecTV really made their mark. One year they had Kanye and Rihanna, another year they had Justin Timberlake and Jay-Z. They’re getting huge acts, A-list entertainers. What’s also impressive about Super Bowl parties is they generally get creative with the venues. At the Super Bowl in Tampa [in 2009], ESPN created a 22,000-square-foot tent in downtown Tampa to have their own Super Bowl party. I’m not just saying this because I worked there: it was one of the best Super Bowl parties I’ve ever been to. I remember very vividly it was sponsored by Patrón, so you can imagine how much the drinks were flowing.

Some of the best parties I’ve been to don’t have an actual VIP section. That allows everybody to mingle and have what’s considered normal, lighthearted party interactions with people you’ve been watching for years. And you see not only how celebrities and athletes interact with each other, but also what their party persona is like. Maybe you see somebody who you would think is a huge wild partier, and they actually kind of keep to themselves. It gives you these interesting slices of life that you wouldn’t otherwise get to see. I will say, I’ve never had any kind of bad interaction at a party at all. They’ve usually been pretty jovial.

How do people who aren’t famous get into these parties?

Unfortunately, the events around the Super Bowl are not really designed for your average fans. The parties with tickets — you’re not gonna experience being at a party with Diddy because he’ll probably be at the party where they’re only letting a certain amount of people in. The exclusivity of a party is ruined if you have to pay to get in. The real exclusive parties, you’re not paying, you’re on the list. Superfans with big money definitely still get that exclusive access because they’ll have some connection on the business side; they’ll know somebody at the sponsoring liquor company, or whoever’s providing some of the services at the party.

But even though these parties aren’t necessarily for regular fans, one of my party rules is, the party is infinitely greater if you sneak into it. Like, how you managed to get in is a story in itself. For years, Playboy had the best party; the very first Playboy party I went to, I totally snuck in because they wouldn’t give me media access. And then you sneak into whatever the party’s walled-off area is: a friend of mine once snuck me their VIP wristband, I couldn’t retape it so I just kind of held it together and quickly showed security and they let me right in. The fact that I wasn’t supposed to be there just made the party even better.

What are some of the most unforgettable things you’ve seen at these parties?

When Matt Cassel, former backup quarterback for the New England Patriots, was at the ESPN Super Bowl party in Phoenix, I saw someone pee on his shoes. And during the height of their rivalry, I saw Donovan McNabb and Terrell Owens get into it. We were all in the same VIP area at a party and they definitely had some words. People were wondering whether or not the beef was real, and I can testify, the beef was indeed real. You also figure out which celebrities are goofy dancers, which is always fun. Like, “Wow, I really thought that Eli Manning had more rhythm than that, but maybe not.” Oh, I remember I accidentally headbutted Regina King. That was pretty embarrassing.

What do you think people will be talking about at this week’s parties? In your experience, are any topics off-limits?

I think this is why sports in general is so seductive: we don’t do a lot of things in this country together. We’re pretty segregated, be it by economics, be it by race. And the great thing about a Super Bowl and a really good Super Bowl party is that, once you’re all in the same party, those common experiences and expectations of why you’re there become the things that bind you all together. It’s like, “We’re all here, we’re all having a good time, we’re all thinking, how quickly can I get a drink?” So, I don’t expect there to be a whole lot of conversations about the insurrection at the Super Bowl. It’s a pretty stressful time for a lot of people, so if the music’s good and the liquor’s flowing, I think people just want to be happy and do something that will take their minds off the fact that we’re in the middle of a deadly pandemic.

How would you say the Super Bowl party scene has changed over time?

I think the scene is directly tied to what’s going on in the country. That was pretty evident during the recession. There were a couple years where the people who normally threw parties didn’t, either because they couldn’t justify the expense of them or because they felt like it was a bad look. Like, you had a lot of people who were struggling financially and who lost their homes, so what does it look like to see a brand that you use throwing some party that costs $3 million? They were very cognizant of that. I think you’ll get that this year with the pandemic: there’s probably some brands that are afraid of how it looks to be throwing the party during a pandemic, especially since they know that they can’t really guarantee a level of safety.

From a social standpoint, what often happens at a lot of these parties these days is that, surprisingly, there isn’t a lot of dancing like there was when I first started going to these in the mid-2000s. Over time, you saw the parties become so product-based, and brands not really worrying about how good the party actually was, because it was their opportunity to get a foothold with a particular audience. One of the better parties is the Madden Bowl party — gaming has gotten so huge and the party became an avenue to take advantage of that. But it’s built around watching people play video games. That’s not really what you want in a party.

How do you think the Super Bowl’s L.A. location will affect these parties?

The biggest benefit is the weather, because people love a warm Super Bowl. But being in a warm weather city doesn’t always guarantee it’s gonna be great there; the one people still complain about is the Jacksonville Super Bowl [in 2005] because the setup wasn’t good. That’s an equally significant challenge this year, because L.A. is a big city. I’ve found that Super Bowls work the best when they mostly take place in one contained area where people can walk from one party to another: New Orleans, Miami, St. Louis.

That’s really hard to do in Los Angeles because you have so many different areas. The Super Bowl stadium is located in Inglewood, but there are probably going to be parties in downtown L.A. and West Hollywood, so people are gonna be spread out. That means people are going to have to make executive decisions about which parties are worth going to.

A lot of that might be determined by location — if I know three or four parties are within the same five-to-seven-mile radius, I’m probably more likely to attend those because I can get to multiple parties. So these brands and sponsors are gonna try to do a strong job of getting the buzz out about who’s supposed to be at their party. But there might be some great parties that may not get the traction they otherwise would because L.A. is just so huge. And it’ll be interesting to see how even more different it is with the pandemic.

What are your Super Bowl party plans?

I’m an OG in this game, I have been there and done that. I’m gonna be very strategic and try to limit it to a Friday, maybe a Saturday, and then that might be it. There are a couple of things I’m gonna go to, but mostly it’s not for me, it’s for my husband who has never really experienced the Super Bowl. Unfortunately for him, he got her out of her prime; I wish I could take him back to when I was going to five or six parties a night. But he’s not gonna get that version, he’s getting the, uh, seasoned version.

Of The 10 Most Beaten-Down Large-Caps, FB Stock Is My Favorite

Of The 10 Most Beaten-Down Large-Caps, FB Stock Is My Favorite