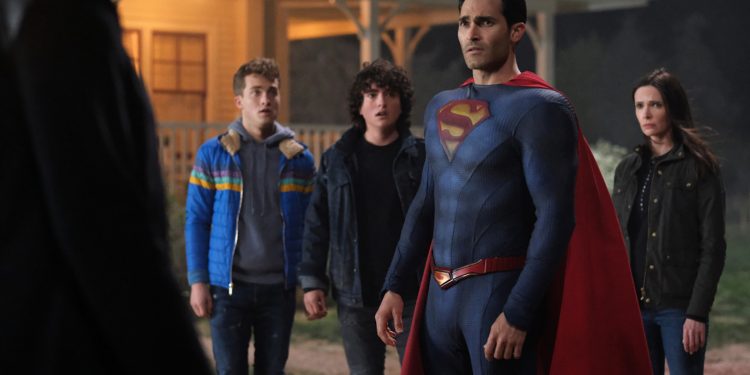 
Hollywood’s reaction to this has been extraordinarily wrongheaded at times. The most successful Superman story of the ’90s involved the Man of Steel’s death at the hands of the monstrous Doomsday. That book sure shifted some units, which meant that the suits in charge of such things spent the next 20 years trying to adapt that exact story to the screen. When they finally succeeded, with 2016’s Batman v Superman: Dawn of Justice, it was almost an afterthought, an obligatory moment bafflingly crammed into the final moments of the film for a “shock” ending. When they weren’t doing that, they were trying to strip Superman of everything that made him recognizably Superman, shy about everything from the costume itself to the power of flight, adding needless layers of brooding to a character who can be plenty conflicted without self-indulgent angst.

And then along comes Superman & Lois to do the impossible. The idea of making a Superman show that feels truly different from anything we’ve seen on the page or screen before seems like a recipe for some unpleasantly un-Superman like stories.

Instead, the show started by taking both its title characters out of their most familiar location (Metropolis), their careers (at The Daily Planet), and gave them not one, but two teenage sons. And then they had the sheer, unadulterated audacity to make both of those sons positively delightful characters, and to make the family drama every bit as compelling as the superheroics. You’d think that maybe they’d take the easy route and let the fact that only one of these two sons inherited their dad’s powers and make it cause some static between them. But no, Jonathan continues loving and supporting his brother Jordan, facing his own relatively mundane challenges with exactly the kind of moral compass you’d expect from someone raised by Lois Lane and Clark Kent.

To confound us comics-reading wiseasses even further, the one of those sons who shares a name with a Kent child in the comics, Jonathan, isn’t even the one who inherits his dad’s powers. And yet? Everything else about the entire Kent family remains Superman in every imaginable way.

That’s no small feat on its own. And then you add the show’s penchant for masterful misdirection, which began with the very first episode, and…well, maybe you’d think I’d have learned my lesson by now that it’s time I stop making predictions based on what I know from the comics. As that first season progressed and they started bringing in other recognizable elements from a very specific era of Superman comics (John Henry Irons, the Eradicator), everyone, myself especially, just assumed that we were gonna get some version of Doomsday on the show at some point.

That certainly appeared to be what the first few episodes of this season were building towards. Hell, they’ve even been giving us the live action equivalent of how Doomsday was first introduced in the comics: just little teases over a period of time of a monster in a containment suit, pounding away at a subterranean prison. The monster’s reveal in this week’s episode is so PERFECTLY the Doomsday of those classic comics…except for one “problem.” It isn’t Doomsday at all.