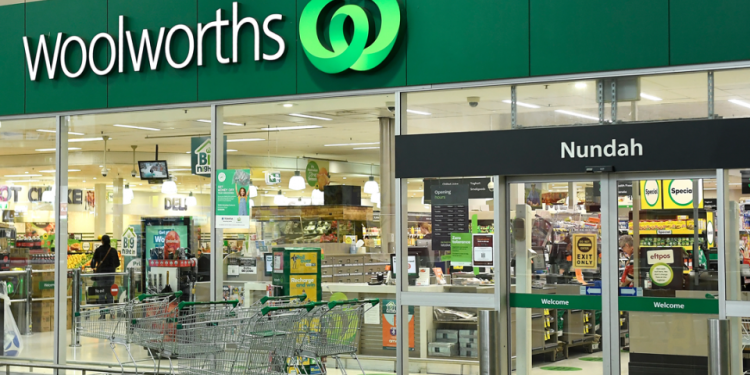 
Almost three-quarters of Australians can’t name a company or brand that’s acting to help the environment or combat social issues, a new survey has found.

Of the brands that people could name, Woolworths topped the list, followed by Coles and clothing chain Cotton On.

The results show just how much Australians are tuning out from ‘greenwashing’ and other marketing campaigns from some of the country’s biggest brands.

“Greenwash is essentially when your talk is bigger than your actions,” said Ben Peacock, founder of sustainability impact agency Republic of Everyone.

Companies that do this position themselves as environmental champions without actually doing anything beneficial behind the scenes.

Republic of Everyone and fellow agency The Bravery commissioned Mobium Group to survey more than 2000 Australians about what companies they thought were acting for good.

The data showed that across many of these issues, Australians’ perception of corporate action was far behind their expectations of what these companies should be doing.

Dan Gocher, director of climate and environment at the Australasian Centre for Corporate Responsibility, said it was no surprise the two major supermarkets topped the list for sustainable brand recognition.

That’s because most people are exposed to these companies in their day-to-day lives and not because of any commitments by the supermarkets.

“Coles and Woolies have got some pretty good climate commitments and they eventually banned plastic bags,” Mr Gocher told The New Daily.

“But you still walk around the supermarket and see how much plastic packaging they’ve got there and it’s an enormous issue.

“They’re two of the biggest purveyors of all the problem plastics.”

Mr Gocher also pointed to supply chain issues such as deforestation from beef farming and palm oil, as well as reports of agricultural workers being underpaid.

The perils of greenwashing

According to Mr Peacock, the biggest takeaway is that companies need to act before they put out ads.

“I think you can see that from the data, you really need to do something that earns you the right to talk,” he said on Wednesday.

“So make sure the actions are well and truly in place, they’re actually verifiable and authentic, before you’re doing anything.”

Meanwhile, Mr Gocher believes more and more Australians are waking up to companies that make false or misleading claims about their environmental or social credentials.

One surprising result, according to Mr Peacock, is mining giant BHP appearing in fifth place.

The company has long been criticised for environmental damage and the destruction of Indigenous heritage sites.

But BHP recently ran an ad campaign promoting the use of its copper in electric car motors.

Mr Peacock also noted that mining companies such as BHP tend to throw a lot of money at community organisations in the rural areas where they operate, which led to higher brand recognition among respondents from those places.

China’s lockdowns are a greater threat to inflation today than in 2020, Bernstein says – CNBC